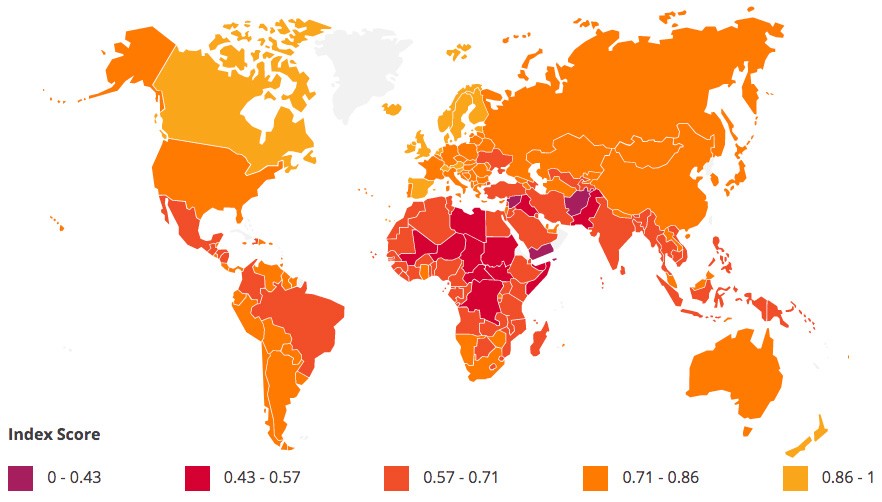 The world’s best countries for women in terms of gender equality have been announced. We take a look at the updated results

The index assesses women’s inclusion in society, sense of security and exposure to discrimination – key indicators of how women are faring in different communities and cultures.

This is the first update of the index since its launch in 2017.

The index uses 11 indicators to assess the world’s best countries for women in terms of gender equality. These indicators fall into three categories: inclusion, security and justice.

Of 167 countries, only Iceland (5) performed in the top third of every aspect of women’s lives captured by the WPS Index. This insight proves that the need to advance gender equality is truly a universal agenda.

Norway is the world’s best country for women in 2019. Switzerland, Finland, Denmark and Iceland round out the top five. The 10 best countries for women are all in Europe with Canada (11) the highest ranked non-European country.

Among regions, the Middle East and North Africa generally perform poorly overall. Of the 12 worst countries, only Pakistan is not classified as fragile and conflict affected. Six of those 12 are located in Sub-Saharan Africa.

A total of 59 countries recorded significant progress since the previous edition. Only Yemen – the world’s worst country for women – experienced major deterioration. Yemen is joined by Afghanistan, Syria, Pakistan and South Sudan in the bottom five.

The full report can be downloaded here.