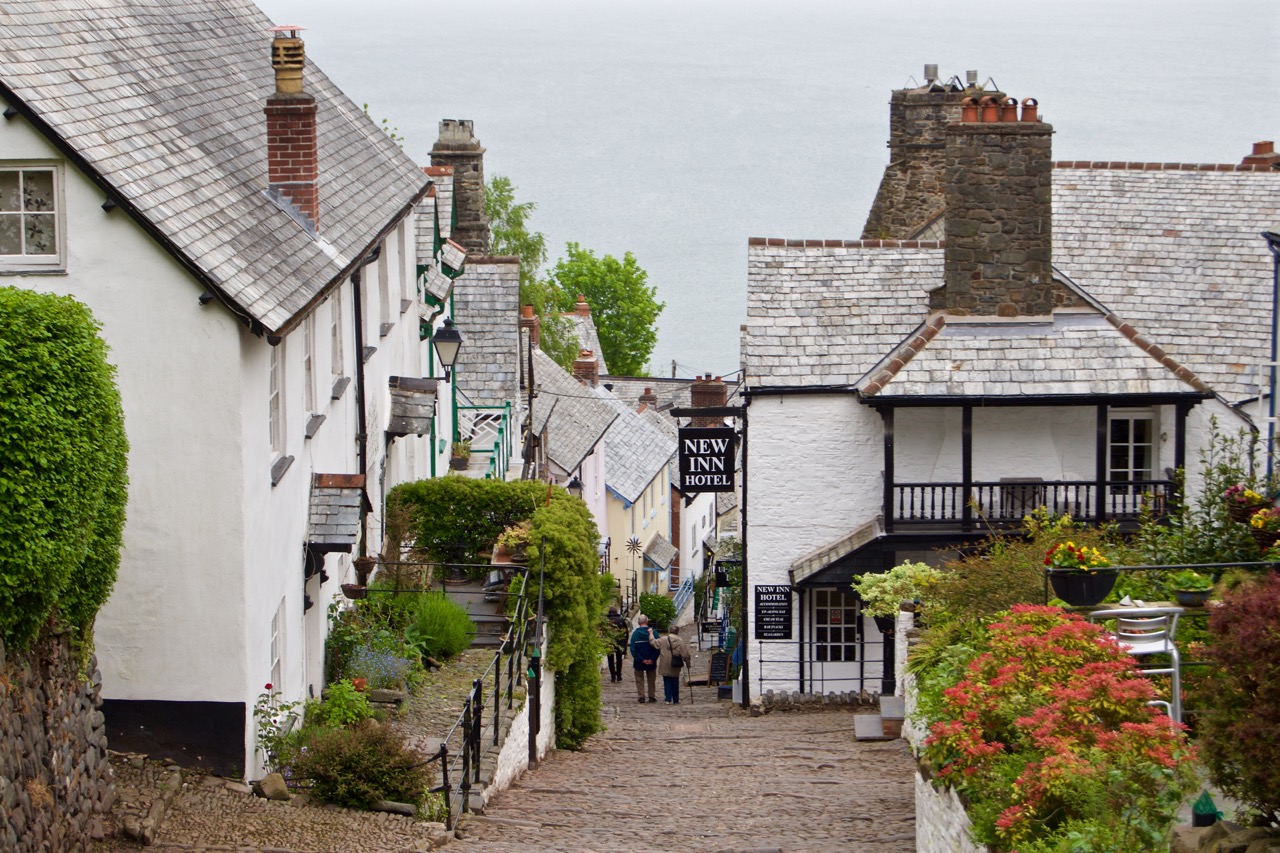 Clovelly village is a picturesque, historic, fishing village on the north Devon coast. It is also a village time seems to have forgotten

Until recently, we hadn’t even heard of Clovelly village, a picturesque cluster of homes on the north coast of Devon. It was during our recent glamping trip that we came across Clovelly on a day trip from camp.

We were utterly charmed by the unique English village defined by the steep, cobbled streets that tumble down past traditional 16th century whitewashed cottages to a tiny harbour below. It is also one of the few car-free places remaining in the UK.

Unusually, Clovelly village is privately owned, one of just a dozen such privately owned villages in the UK. It once belonged to the Royal family but since the middle of the 13th century, nearly 800 years ago, the village has been associated with just three families. Today, the village, estate and Clovelly Court manor house  are run by the Clovelly Estate Company, led by a descendant of the Hamlyn family, owners since 1738.

We spent the first part of our day hiking along part of the South West Coast Path, which runs from the village westwards towards the Hartland Peninsula.

We took a short hike (5km/3mi) from the village along the cliff-hugging coastal path to Bideford Bay, where the eye-catching Blackchurch Rock juts out from the peninsula. Blackchurch Rock is a natural arch with two windows carved out from erosion – the perfect place to catch your breath before the return hike.

The round hike takes around 2-3 hours by the time you factor in the numerous stops for photo opportunities. We were always fighting the weather as rain clouds and brisk winds were never far away. It was British springtime after all.

After our short hike we walked down into Clovelly village, home to around 450 people. Some continue to carve a living from fishing and can be seen mending their nets on the quay. The majority, however, work in the many services set up to serve tourism. You’re never far from a tearoom, pub lunch or arts and craft shop in Clovelly.

Despite the influx of tourists, Clovelly village has held onto to its laidback, traditional charm. The continuing restoration work uses only traditional building materials such as stone and cob. There are no holiday cottages allowed in the main village and no concessions to the tourist industry are made. Subsequently, Clovelly village remains a living, working village.

Clovelly’s strict car-free policy means that the walk down into village follows steep cobbled streets that wind their way down to the harbour. At one time, donkeys were used to take visiting tourists down into the village, but these have now been retired. A Land Rover service has since replaced them.

The harbour at the bottom is the perfect place to while away an hour or two with a cream tea or ice cream (or both). By the water’s edge you can watch the tide come and go while village life ticks slowly by.

You might as well take your time here and relax – the walk back up is much harder than the walk down!

Where: We stayed at Koa Tree Camp in north Devon. Contact the owner, Andy, on 07492 750861 or at andy@koatreecamp.com. There is a selection of Mongolian yurts, bell tents and log cabins to choose from.

When: Regrettably, you’re never assured of a completely dry period in England, but June to August is definitely the driest and warmest time of the year. However, it’s also peak season and availability could be an issue in this popular region of England – particularly during the school holidays from the end of July through August.

How: Visitors can only access to the village on foot and have to pay an entrance fee of £7 ($10 USD). There are discounts for children and families. The entrance fee covers parking, a 20-minute film, entrance to the two museums and Clovelly Court Gardens.

We hired a car and drove down from London. Clovelly village is just off the A39, 10 miles west of Bideford. Exit the M5 at Junction 27.

The nearest train station is Barnstaple where buses run regularly throughout the day from Barnstaple to Clovelly. Bus timetables can be found here.

There are frequent buses and trains from London to Exeter where connections to Barnstable can be found. Book buses through National Express or Megabus for cheaper rates. Trains can be booked via National Rail. For the best rates on any site, book well in advance.