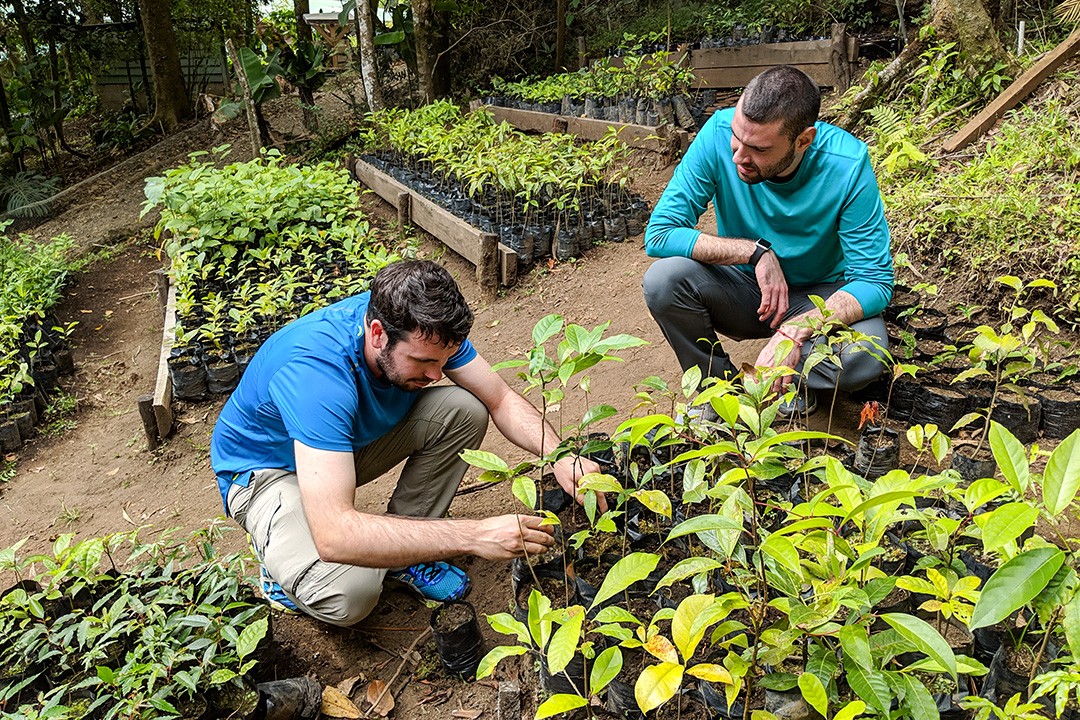 We visit Monteverde Cloud Forest in Costa Rica and learn that despite its visible vibrancy, there’s more to it than meets the eye

In some ways, Monteverde Cloud Forest in Costa Rica is its own worst enemy. This dark and dripping place teems with life. Strangler figs tower above the forest floor, their trunks as sturdy as stone. Lush mosses and filmy ferns carpet the canopy in green while spindles of yellow justicia and vibrant red passiflora add a slash of colour.

The hanging garden supports an abundance of fauna: over 100 mammal, 400 bird and thousands of insect species reside here and it’s one of few remaining habitats that support all six of Costa Rica’s wild cats – jaguars, ocelots, pumas, oncillas, margays and jaguarundis – as well as the vulnerable three-wattled bellbird and resplendent quetzal.

Seeing this first hand convinces visitors that Monteverde Cloud Forest is one of the healthiest, most vibrant centres of biodiversity. In reality, the forest is under distinct threat from climate change, a fact undermined by its outward lustre.

Scientists have in fact described cloud forest, which covers only 1% of global woodland, as one of Earth’s most sensitive ecosystems along with ice caps and coral reef – so why isn’t more known about it?

Cloud forests can be described as highland forests with almost 100% humidity year round. They benefit from consistent cloud cover, which causes a slower rate of evaporation and in turn provides plants with a wealth of life-giving moisture. These wet conditions allow a panoply of life to thrive.

Monteverde Cloud Forest is arguably the most famous of its type. Its provenance can be traced to the 1950s when US Quakers settled in the area. As pacifists, they wished to avoid the draft for the Korean war and came to Costa Rica which disbanded its army in 1948.

As the Quakers cleared forest for pasture, they also protected parts of it to conserve the watershed. Recognising the area’s unique ecosystem, the Quakers formed a coalition with foreign scientists and local Costa Ricans, ultimately leading to the establishment of Monteverde Cloud Forest Reserve in 1972 . Today, the reserve protects 105km2 of forest.

Sadly, Monteverde Cloud Forest is suffering from warmer, drier weather patterns which are eradicating the cloud. Dry days in the forest have quadrupled in the last four decades, averaging over 100 days a year since 2011.

Amphibians that once thrived here have perished to the point of extinction. Lowland species of bats and birds have started moving into the cloud forest and the breeding patterns of resplendent quetzals are being disrupted. The colourful birds that have long drawn tourists to the area are being squeezed because there’s no place for them to go upslope.

One organisation at the forefront of the climate fight is Monteverde Institute, a non-profit that runs a number of initiatives to help protect the forest, among them habitat restoration, water conservation, education for local high school students and GIS data presentation for decision makers.

We recently visited Monteverde Institute on our National Geographic Expedition to Costa Rica to hear about the work being done there.

The Institute has served as a base for numerous National Geographic-funded explorers and researchers, among them American scientist Nalini Nadkarni who specialises in epiphytes, a type of non-parasitic plant that grows on other plants, soaking up moisture and nutrients from the air and rain around them.

Nadkarni has spent almost 40 years studying the forest, often climbing 30 to 40 metres above the ground to walk among the canopy. She has witnessed first hand the changes taking place in Monteverde Cloud Forest.

“Climate change effects are real but subtle,” she tells us. “There is a lot of natural variation in weather from year to year, so it is difficult to monitor trends. However, in the past 40 years, there have been measurable changes in the timing and type of rain and mist that arrives in Monteverde. There are bird and insect species that have ‘moved up the mountain’, potentially displacing the species that originally lived here.”

She adds: “Some biologists have indicated that climate change has negatively affected certain frog and toad species, which in turn negatively affect snakes and other organisms dependent on them.”

Naturally, Monteverde Institute is keen for visitors to offset the environmental impact of visiting Costa Rica. Our group was invited to help prepare 100 trees for planting and, in doing so, to offset the carbon cost of our flights. It’s not a perfect solution for frequent flyers, but it’s certainly a start.

Given the increasing pressure on cloud forest, I ask Nadkarni if traditionally apolitical scientists feel compelled to speak out against the effects of climate change.

“Yes,” she replies. “Many scientists are realising that they can have a critical voice in conservation and in solving environmental issues that all of us face. The current [US] administration – with its lack of attention to scientific grounding for decision-making – has galvanised many scientists to emerge from their labs and field sites and communicate with policy makers, land managers, and the public.”

Nadkarni herself is highly active in outreach work. Her TED talk above describes innovative ways in which she and her colleagues have garnered buy-in from younger generations – among them, distributing ‘Treetop Barbies’, Barbie dolls bought from Goodwill, refashioned as scientists in clothes made by tailors and sent out with a canopy handbook!

As Nadkarni has said, “It is one of the canaries in the coal mine, more sensitive to climate change than others. All are indicative of a world that is experiencing climate change and that’s happening now.”

With scientists like Nadkarni speaking out – ever more loudly and armed with facts – it may still be possible to turn the tide.

What: Visiting Monteverde Cloud Forest as part of a 9-day Natural Highlights of Costa Rica tour with National Geographic Expeditions.

How: We joined a 9-day Natural Highlights of Costa Rica tour with National Geographic Expeditions, which includes a lecture and tree-planting session at Monteverde Institute. To walk among the canopy, book the optional ‘Sky Walk Monteverde’ activity.