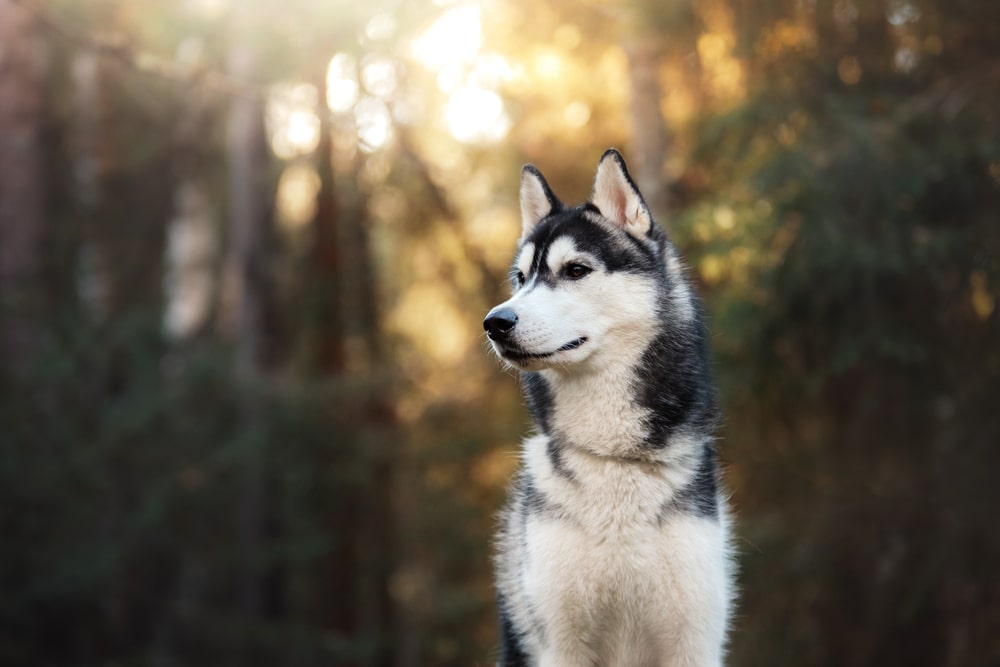 An aurora husky hike in Norway is an essential Arctic experience for all animal lovers. Even the arresting scenery plays second fiddle to these beautiful animals.

While Kia does not describe herself as an animal lover, I most certainly do. I grew up in the countryside always in the company of animals. Over the course of my childhood we kept dogs, cats, rabbits, guinea pigs and hamsters. The presence of animals in my life has had a lasting effect on me.

Above all, I love dogs. It’s something about their unconditional love and loyalty that make them so appealing.

Author Aldous Huxley once said, “To his dog, every man is Napoleon; hence the constant popularity of dogs.” Even though this analogy makes me a brutal French tyrant, I think Huxley hit the nail on the head.

My current lifestyle makes owning a dog impossible (if I’m not travelling, I’m in a tiny flat in London) – but I still harbour dreams of owning a small house in the countryside with my dog(s) curled up in front of the open fire. Naturally, when we booked our trip to Norway, I had my heart set on meeting some huskies.

Traditionally in Arctic Norway, tourists opt for husky sledding excursions. However, as there was no snow on the ground, we booked onto an aurora husky hike at the Villmarkssenter (Wilderness Centre) about 30 minutes’ drive from Tromso.

The Villmarkssenter was established in 1988 as a dog shelter by musher Tove Sørensen. Today, she has over 300 Alaskan huskies which are trained for dog sledding. Tove has competed 15 times in Europe’s longest dog sledding race, the Finnmarksløpet, and in 2006 she participated in the world’s longest dog sled race, the Iditarod Great Sled Race in Alaska.

Alaskan huskies are an unofficial breed with a patchwork heritage that’s custom-made for the rigours of racing and hauling. Don’t let their slipshod heritage and cute looks fool you. Generations of breeding have produced canines that love to run, are capable of pulling large payloads across hostile terrain and can work together with other dogs like a well-oiled machine.

As such, a traditional dog collar and lead just won’t cut it. Purpose-made elastic harnesses are provided by the Villmarkssenter for both husky and hiker, ensuring that the powerful animals don’t pull their leaders head over heels. Waterproof jackets and trousers are also provided as the hiking route can get muddy and wet.

As we approached the kennels, a dissonance of howls filled the Arctic night: a chilling sound that belied the friendly and enthusiastic reception that was waiting for us.

Our huskies were brought to us one by one. I immediately fell in love with the affectionate and excitable Ika, a husky with thick fur, big ears and a lolling tongue. Essentially, everything a dog should be! (Kia was less than impressed when I said ‘Ika’ was an anagram of ‘Kia’, the other love of my life.)

Once kitted up, we headed out on the hike. Unfortunately, there was cloud cover so we didn’t get to see the northern lights, but we didn’t mind as our trip had already provided a stunning aurora display. Also, if I’m completely honest, I didn’t really care. I wasn’t looking up the sky at all; I was more interested in my husky, who was actually the one taking me on a  hike!

The aurora husky hike lasted around an hour through muddy trails along rolling fields. The huskies are incredibly strong, always straining against the harness, but never aggressive or ill-tempered. During the hike, our group paused to chat about the dogs, the shelter and the guides’ lives up in the Arctic.

Our guide, Robert, spoke of the huskies with real warmth, stressing that the most important aim in rearing good sledding dogs was that they were good-natured and got on well with both humans and other dogs alike.

“There’s no real trick to it,” he said. “Just treat the dogs properly, feed them well (they require special huskie food) and show them plenty of love, and they will make great sled dogs.”

After the aurora husky hike, we returned the dogs to their kennels and spent some time wandering among the other kennels meeting all the other huskies about to bed down for the night. Robert said it was important that they all got some attention so they wouldn’t feel left out. I’ve never met a group of dogs who were so even-tempered and friendly – a true reflection of the care and affection they receive from their guardians.

We went on to meet some of the puppies housed in large hutches where they can run around. If the adult huskies are excitable then the puppies are downright and ridiculously overexcitable. I challenge anyone to spend a minute in their company without beaming joyously from ear to ear.

After another half-an-hour of silliness spent playing with the puppies it was time to say goodnight to the huskies and retire to the traditional Sami Lavvu tent for some soup, chocolate cake and warm drinks. We also had the opportunity to watch a short film about the owner of the Villmarkssenter, focusing on her time at the Iditarod sled race in 2006.

We may have gone to the Arctic Circle to chase the northern lights, but looking back at the videos and photos from our visit to the Villmarkssenter, I think I came home with equally fond memories of our four-legged friends. I finish with another apt quote, this time from George Bernard Shaw.

“If you eliminate smoking and gambling, you will be amazed to find that almost all an Englishman’s pleasures can be, and mostly are, shared by his dog.”

What: An aurora husky hike at the Villmarkssenter near Tromso in Norway.

When: An aurora husky hike is available from 1st of September until 31st of October. Husky sledding has to wait until there’s enough snow on the ground, so if you want to include this in your visit then you’ll have to wait until after the first snowfalls, usually around early November.

How: Whether you opt for an aurora husky hike or dog sledding, a minibus from the Villmarkssenter will collect you from the centre of Tromso where most of the hotels are situated. The ride takes around 30 minutes. The price for the aurora husky hike is 990 NOK ($120) but does include the transfers, guided hike, a warm meal, hot drinks, marshmallows roasted on an open fire and, of course, cake!

There is a range of other activities available, both during the day and night. Nocturnal activities include the added possibility of seeing the northern lights, although this is never guaranteed. Make sure you take warm clothes, gloves, a hat and good winter boots. It is, after all, the Arctic!

The best way to get to Tromso is to fly from Oslo. Book via Skyscanner for the best prices.

From Tromso airport, you can catch the Flybussekspressen into town. These cost 60 NOK ($7.3) and leave from directly outside the airport. The slightly cheaper option is the ‘state bus’ (coloured white).

You can buy tickets in the newsagent at Tromso airport (36 NOK or 50 NOK on board). The correct bus stop can be reached by crossing the car park underground or going around it overground. Just ask a member of airport staff if you’re unsure.