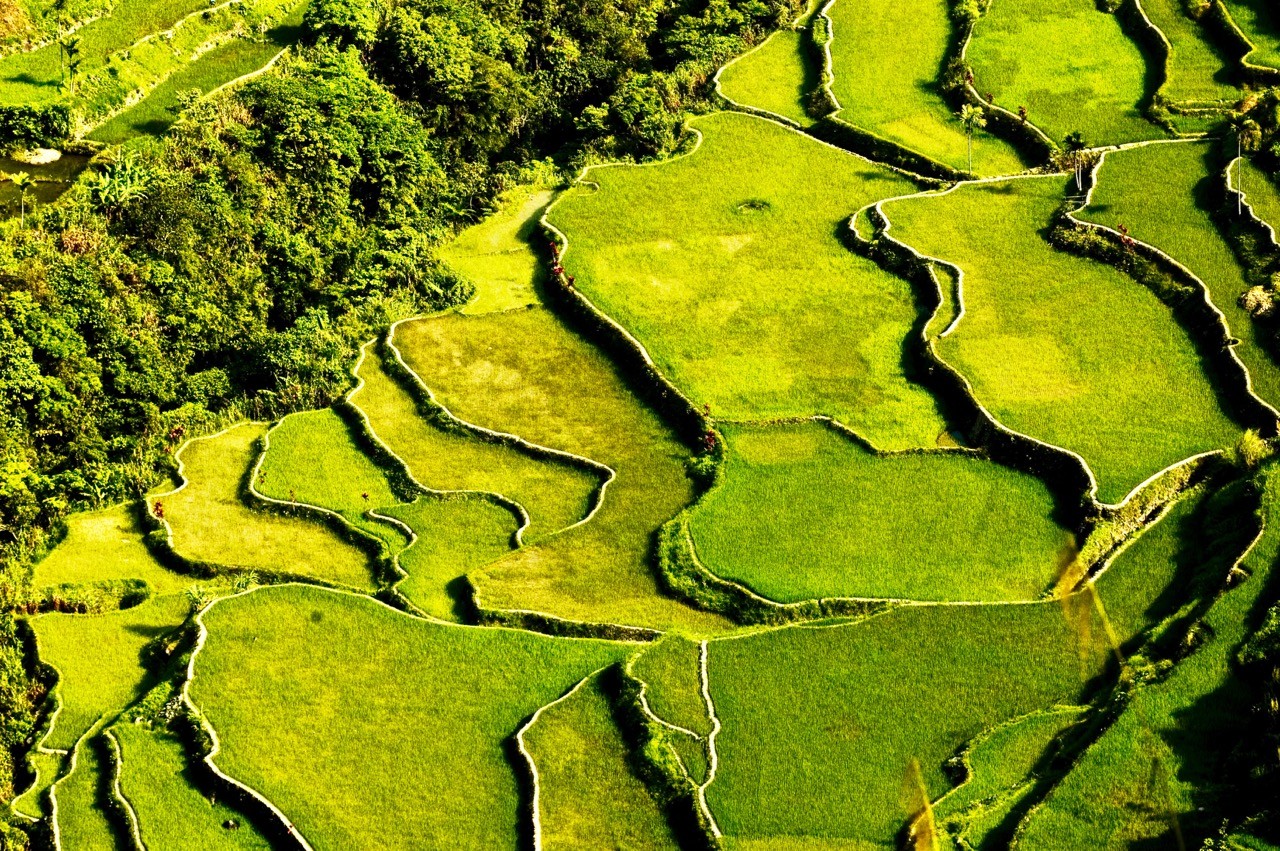 I, like many others, was shocked to wake up to the news that the USA had elected Trump to be its next president. I take a pragmatic approach to the result as far as humans go. In my mind, the people deserve the government they elect. Time will only tell whether or not that will be a success.

However, wildlife, the environment, our planet, didn’t get a say in the election. They do not deserve the government we elect. My biggest fear is that if Trump stands true to his word, then it will be the environment and the millions of animals across our beautiful globe that will suffer the consequences the most.

With this in mind, I take a look at World Heritage and Tourism in a Changing Climate – a 108-page paper compiled by UNESCO, the United Nations Environment Program and the Union of Concerned Scientists – to  learn about some of the world’s most iconic and beautiful landscapes affected by climate change.

Just under half of the world’s remaining endangered 880 mountain gorillas live in southwestern Uganda’s Bwindi Impenetrable Forest National Park. Temperatures across most parts of Africa have increased by at least 0.5°C during the last 50-100 years. Warmer temperatures will bring changes to mountain gorilla habitat and over the longer term will likely reduce the amount of montane forest available to them. One study suggests that up to 75% of their current habitat could be lost due to severe climatic change.

Lake Malawi has the world’s greatest diversity of freshwater fish with over 1,000 species – more than 350 of which are endemic. Fish and ecosystems are increasingly at risk from a combination of climate change, human population pressure and deforestation. Lake levels have dropped rapidly in recent years, partly due to increased temperatures causing more rapid evaporation. Rainfall is becoming less reliable with longer dry periods interspersed with unpredictable extreme cloudbursts.

Traditional earthen buildings such as the Djenné Mosque in Mali are particularly susceptible to changes in temperature and humidity. Luckily, people from the city of Djenné take an active role in the mosque’s maintenance through a rather unique annual festival.

The festivities include music and food, but its main objective is to repair the damage inflicted on the mosque over the previous year. However, as every year the climate becomes more and more temperamental, it becomes harder and harder for the local community to keep up with the damage being caused.

One of the most obvious landscapes affected by climate change is Tanzania’s iconic mountain and its shrinking glaciers. Approximately 85% of the glacial ice on Mount Kilimanjaro disappeared between 1912 and 2011 according to a 2012 report by NASA.

Researchers say it’s no longer a question of whether the ice will disappear but when. Estimates vary, but several scientists predict it will be gone completely by 2060. Rising air temperatures starve the mountain of fresh snow and drier air is reducing cloud cover, allowing more solar energy to warm the ice.

Wadi Rum contains more than 45,000 rock carvings and inscriptions from over 12,000 years ago. These help explain the evolution of pastoral societies and the development of the modern alphabet. Wadi Rum is also an important refuge for desert wildlife including endangered sooty falcons, Arabian oryx and the Nubian ibex. Warmer and drier conditions, with more extreme weather including drought, will complicate access to water and endanger the wildlife that depends on it.

The world’s largest reef system, off the northeastern coast of Australia, has been severely affected by rising water temperatures. Warmer water temperatures brought on by climate change stress corals because they are very sensitive to changes in temperature.

This leads to coral bleaching, a process where the corals expel the symbiotic algae living in their tissues, causing them to turn completely white. A recent study found around 35% of the coral in the northern and central sections of the reef are dead or dying.

This Western Pacific archipelago consists of more than 400 limestone islands, many surrounded by aquamarine lagoons and coral reefs. The Rock Islands contain the highest concentration of marine lakes anywhere in the world. The atolls also harbour nearly 400 coral species with a high number of them endemic.

Rising sea temperatures, particularly in tropical and sub-tropical waters, have pushed many corals to the limits of their thermal tolerance. Palau’s Southern Lagoon experienced significant coral bleaching in 1998, 2010 and then again in 2015.

The islands of Komodo National Park contain biodiverse ecosystems including mangroves, coral reefs, dry savannah and tropical forest and, most famously, the Komodo dragon. The Komodo dragon, the largest living species of lizard, cannot be found anywhere else on Earth.

Increased rainfall associated with climate change in the very dry Komodo islands could cause overpopulation among the lizard colonies. Additionally, ocean acidification and warming temperatures pose a threat to the islands’ stunning coral reefs.

The indigenous Ifugao people of the Philippine Cordilleras developed their rice terraces over a period of over 2,000 years. Warming temperatures and an increase in extreme rainfall events are major problems. More intense rainstorms increase the instability of the rice terraces built on the steep mountain slopes and cause landslides and soil erosion.

The Himalayan national park is home to the highest point on Earth – the peak of Mount Everest at 8,848m (29,029ft) – as well as unique wildlife such as the endangered snow leopard and red panda. In the park there is also a vibrant Sherpa culture that blends traditional agricultural practices with a deep reverence for nature. Warming temperatures and changes in precipitation are causing glaciers to retreat and alter patterns of water run-off. This is also destabilising surrounding slopes, causing catastrophic landslides as well as flash floods.

Yellowstone was the world’s first national park and has famously been called “America’s best idea”. The iconic Old Faithful geyser along with more than half of the world’s geothermal features – hot springs, mud pots, steam vents and geysers – are found in Yellowstone.

Temperatures in the Rocky Mountain states surrounding Yellowstone have risen by 1.17°C since 1895. The warming is causing winter in the park to become shorter with less snowfall. This affects the rivers, streams, wetlands and lakes of the park, causing knock-on effects for almost all of the wildlife in the park. Finally, the shorter winters are contributing to the lengthening fire season – from five months in the 1970s to seven months today – and driving an increase in large fires.

Now, rising sea levels, warming oceans and atmosphere, ocean acidification and changes in rainfall are harming the islands’ ecosystems. Additionally, severe El Niño events, such as those experienced in 1982-1983 and 1997-1998, have a devastating impact on Galápagos species as food supplies are disrupted.

Famed for its iconic carved moai statues, Rapa Nui is one of the most remote inhabited islands on Earth. The principal impacts of climate change on Rapa Nui are expected to be water shortages due to reduced summer rainfall, rising sea levels and coastal erosion. The majority of the moai statues are located directly along the coast where significant coastal erosion is reportedly already impacting several archaeological sites.

It’s 400km (250mi) north of the Arctic Circle that the massive Jakobshavn Glacier meets the sea in Disko Bay. The glacier epitomises the climatic problem facing the polar regions as a whole. It has been studied by scientists for more than 150 years and has played a major part in the understanding of glaciology. Like in all polar regions, the ice sheets are thinning as the melting of polar ice accelerates. The Antarctic and Arctic ice sheets hold enough water to raise global sea levels by approximately 65m (213ft).

The Arctic is warming twice as fast as the global average. Higher temperatures mean that summer sea ice has declined to the smallest extent recorded during the satellite era. Permafrost is thawing throughout the Arctic and the region’s glaciers are shrinking too. All this additional water is going straight into the sea, causing water levels to rise globally.

Venice and its Lagoon, Italy

Venice is one of the World Heritage Sites most at threat from rising sea levels. The city’s extraordinary assemblage of architecture is under immediate threat. Venice’s waters have risen by some 30cm since the end of the 19th century. The ever more frequent flooding events experienced by the city in the last 60 years are a major concern. The worst flood in recent memory was in November 1966, when a massive storm system hit Italy, causing catastrophic damage to art and cultural heritage in Venice.

Recently, the Guardian reported that five Pacific islands in the Solomon Islands had simply disappeared due to rising seas from climate change. In 1999, the Pacific Regional Environment Programme reported that two small uninhabited Kiribati islets, Tebua Tarawa and Abanuea, had also disappeared underwater. This prompted the Kiribati government to investigate ways to move the island nation’s entire population of 103,500 to the neighbouring Pacific nation of Fiji.

Thousands of islands, home to millions of people, are under threat of rising sea levels. These include the Maldives in the Indian Ocean as well as the Marshall Islands, Tuvalu and Nauru among others.