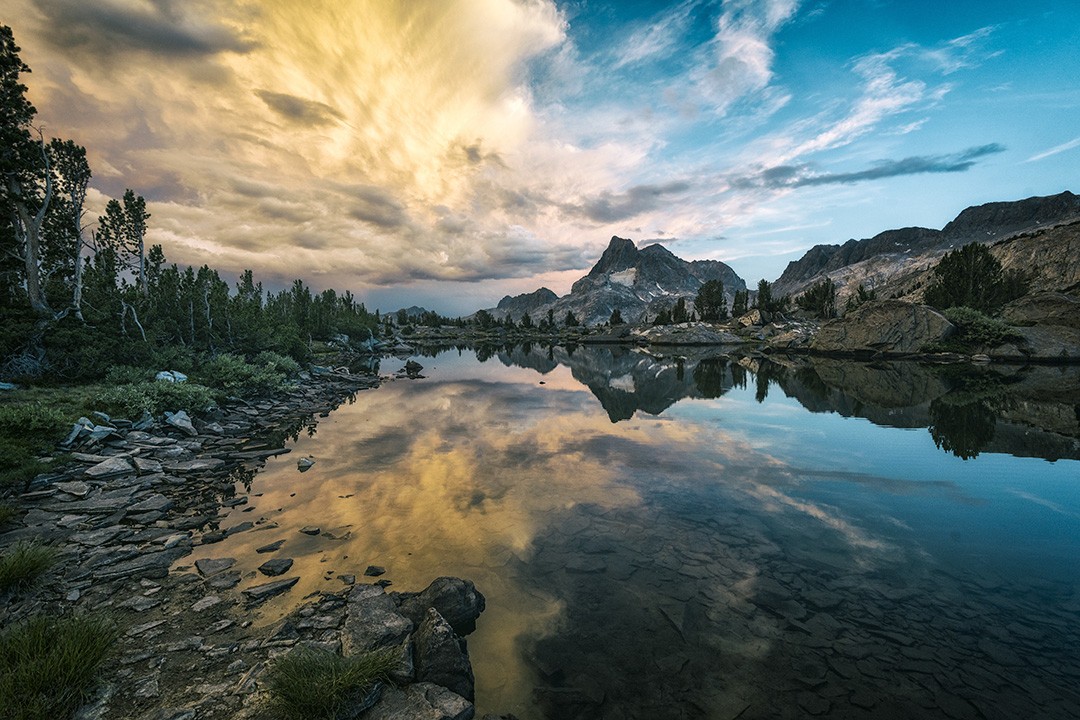 And who can blame them? Montane landscapes are home to some of the wildest, most breathtaking scenery on the planet. Mountains are where the legends of yore lived and died in search of glory. Who better to cite in our list of greatest climbing quotes ever uttered?

The greatest climbing quotes ever uttered

“There are two kinds of climbers, those who climb because their heart sings when they’re in the mountains, and all the rest.”
– Alex Lowe

“K2 is not some malevolent being, lurking there above the Baltoro, waiting to get us. It’s just there. It’s indifferent. It’s an inanimate mountain made of rock, ice, and snow. The ‘savageness’ is what we project onto it, as if we blame the peak for our own misadventures on it.”
– Ed Viesturs

“Mountains are not stadiums where I satisfy my ambition to achieve, they are the cathedrals where I practice my religion.”
– Anatoli Boukreev

“There is probably no pleasure equal to the pleasure of climbing a dangerous Alp; but it is a pleasure which is confined strictly to people who can find pleasure in it.”
– Mark Twain

“Because in the end, you won’t remember the time you spent working in the office or mowing your lawn. Climb that goddamn mountain.”
– Jack Kerouac

“Better we raise our skill than lower the climb.”
– Royal Robbins

“If you succeed with one dream… it’s not long before you’re conjuring up another, slightly harder, a bit more ambitious, a bit more dangerous.”
– Joe Simpson

“Life is brought down to the basics: if you are warm, regular, healthy, not thirsty or hungry, then you are not on a mountain… Climbing at altitude is like hitting your head against a brick wall – it’s great when you stop.”
– Chris Darwin

“Somewhere between the bottom of the climb and the summit is the answer to the mystery why we climb.”
– Greg Child

“The mountains are calling and I must go.”
– John Muir

“When preparing to climb a mountain – pack a light heart.”
– Dan May

“Mountains are not fair or unfair, they are just dangerous.”
– Reinhold Messner

“I’m not thinking about anything when I’m climbing, which is part of the appeal. I’m focused on executing what’s in front of me.”
– Alex Honnold

“Without a rope there is no fear because to fall is unthinkable.”
– Catherine Destivelle

“Mountain climbing is my passion, and to empower women through my expeditions is the reason.”
– Samina Baig

“The summit is just a halfway point.”
– Ed Viesturs

“There’s a constant tension in climbing, and really all exploration, between pushing yourself into the unknown but trying not to push too far. The best any of us can do is to tread that line carefully.”
– Alex Honnold

“If people want to go do some big outdoor thing for their ego, have them climb snowy mountains rather than shoot animals.”
– Conrad Anker

“It is not the mountain we conquer but ourselves.”
– Edmund Hillary

“With the best equipment in the world the man with poor judgment is in mortal danger.”
– Royal Robbins

“Because it is there.”
– George Mallory’s answer to the question ‘Why do you want to climb Mt. Everest?’

“Climbing is what I do.”
– Anatoli Boukreev

“A simple equation exists between freedom and numbers: the more people, the less freedom.”
– Royal Robbins

“We are apes – we should be climbing.”
– Alex Honnold

“Climbing is my art; I get so much joy and gratification from it.”
– Jimmy Chin

“Jumping from boulder to boulder and never falling, with a heavy pack, is easier than it sounds; you just can’t fall when you get into the rhythm of the dance.”
– Jack Kerouac

“Mountains have a way of dealing with overconfidence.”
– Hermann Buhl

“Having climbed all over the world, to be at the foot of an 8,000m mountain made me realise how small we are compared to nature, which made me respect it.”
– Edurne Pasaban

“I thought climbing the Devil’s Thumb would fix all that was wrong with my life. In the end, of course, it changed almost nothing. But I came to appreciate that mountains make poor receptacles for dreams.”
– Jon Krakauer

“There are only three sports: bullfighting, motor racing, and mountaineering; all the rest are merely games.”
– Ernest Hemingway

“There is no such thing as bad weather, only inappropriate clothing.”
– Sir Ranulph Fiennes

“You cannot stay on the summit forever; you have to come down again. So why bother in the first place? Just this: what is above knows what is below, but what is below does not know what is above. One climbs, one sees. One descends, one sees no longer, but one has seen.”
– René Daumal

“It’s a round trip. Getting to the summit is optional, getting down is mandatory.”
– Ed Viesturs

“In the mountains there are only two grades: you can either do it, or you can’t.”
– Rusty Baille

“Nobody climbs mountains for scientific reasons. Science is used to raise money for the expeditions, but you really climb for the hell of it.”
– Edmund Hillary

“It’s completely unstylish to get stuffed in the mountains…I want to die with my feet up in front of the fire drinking a glass of red wine aged about 95.”
– Kenton Cool

“A first ascent is a creation in the same sense as is a painting or a song.”
– Royal Robbins

“The summit is what drives us, but the climb itself is what matters.”
– Conrad Anker