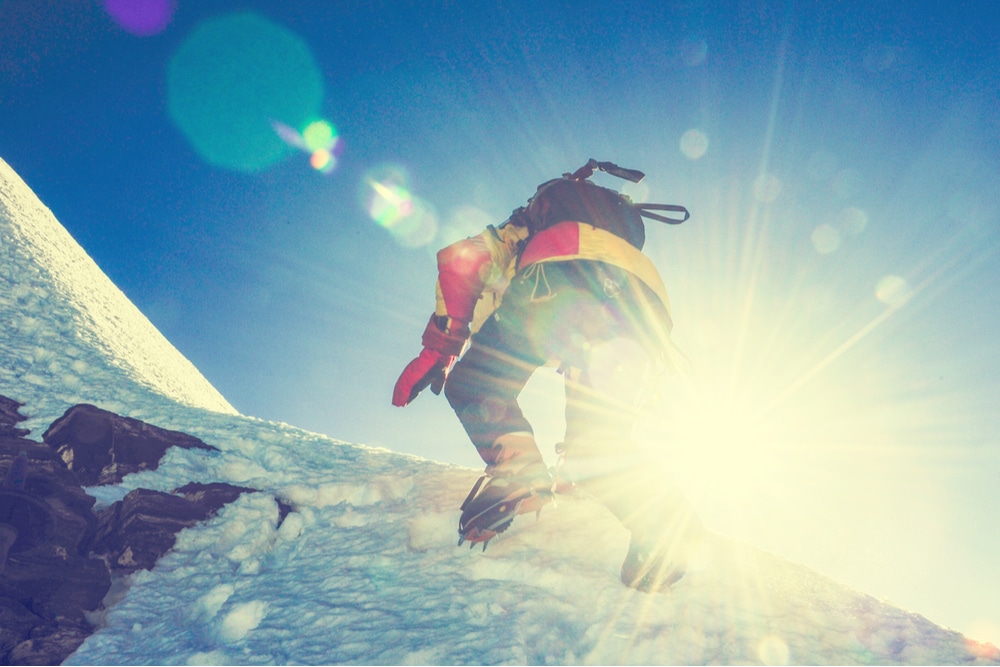 Updated for 2021, we list the best mountaineering books ever written, drawing on accounts of world-class climbers in the harshest environments

As I’ve mentioned many times before, my bookshelves are filled with tales of adventure travel, survival against the odds and obsessive searches.

It would be easy to fill a list like this with narratives of Everest and K2 alone. With that in mind, I’ve tried to include a wider selection of accounts from a variety of mountains spanning a century of alpinism and mountaineering.

Drawing on my personal favourites as well Amazon’s best-selling lists and Goodreads’ most popular books, I’ve selected a range of the best mountaineering books ever written.

1. Into Thin Air: A Personal Account of the Mount Everest Disaster

by Jon Krakauer | Buy on Amazon

Krakauer’s controversial account of a 24-hour period on Everest that began with a storm and ended with the worst single-season death toll in the peak’s history. Despite several inconsistencies in the narrative, the book remains an excellent and entertaining read.

by Donnie Eichar | Buy on Amazon

In February 1959, a group of nine experienced hikers in the Russian Ural Mountains died mysteriously on an elevation known as Dead Mountain. This is their story.

3. Touching the Void: The True Story of One Man’s Miraculous Survival

by Joe Simpson | Buy on Amazon

This classic is indisputably one of the best mountaineering books ever written. Joe Simpson and his climbing partner, Simon Yates, had just reached the top of a 21,000ft peak in the Andes when disaster struck.

4. Beyond Possible: The man and the mindset that summitted K2 in winter

by Nimsdai Purja | Buy on Amazon

Nimsdai set the mountaineering world alight when smashed the record for the fastest ascent of all 8000m and followed it up with the first winter ascent of K2. This book reveals the man behind the climbs – how his early life in Nepal and the UK Special Forces made him the person to go “beyond possible”.

5. The Climb: Tragic Ambitions on Everest

by Anatoli Boukreev | Buy on Amazon

In May 1996, a number of expeditions attempted to climb Everest. Crowded conditions slowed their progress and late in the day, 23 men and women including the expedition leaders were caught in a ferocious blizzard. Although a less enthralling read than Krakauer’s Into Thin Air, The Climb provides a more accurate account of the 1996 tragedy.

6. No Shortcuts to the Top: Climbing the World’s 14 Highest Peaks

This gripping and triumphant memoir follows a living legend of extreme mountaineering as he makes his assault on history, one eight-thousander at a time.

7. Into the Silence: The Great War, Mallory and the Conquest of Everest

by Wade Davis | Buy on Amazon

While the quest for Everest may have begun as a grand imperial gesture, it ended as a mission of revival for a country and a lost generation bled white by war. In a monumental work of history and adventure, Davis asks why Mallory kept climbing on that fateful day.

by Jon Krakauer | Buy on Amazon

In this collection of his finest work, Jon Krakauer explores the topic of mountaineering from the memorable perspective of one who has battled K2, Denali, Everest and, of course, the Eiger.

9. The Girl Who Climbed Everest: Lessons learned facing up to the world’s toughest mountains

by Bonita Norris | Buy on Amazon

Once an anxious teenager with an eating disorder it was climbing that inspired Bonita Norris to change her life. Drawing on her experiences to capture the highs and lows of her incredible feats, Bonita also imparts the lessons learned encouraging readers to harness greater self-belief.

10. Buried in the Sky: The Extraordinary Story of the Sherpa Climbers on K2’s Deadliest Day

by Peter Zuckerman | Buy on Amazon

In 2008, when 11 climbers lost their lives on K2, two Sherpas survived. Based on unprecedented access and interviews, Buried in the Sky reveals their astonishing story for the first time.

by Graham Bowley | Buy on Amazon

Thirty climbers are attempting the summit of the most savage mountain on Earth. They make it. But before they start their descent an ice shelf collapses, sweeping away their ropes. It is dark. Their lines are gone. They are low on oxygen. And it’s getting very, very cold.

12. The Ledge: An Adventure Story of Friendship and Survival on Mount Rainier

by Jim Davidson and Kevin Vaughan | Buy on Amazon

In June 1992, best friends Jim and Mike stood triumphantly atop Washington’s Mount Rainier. Their conquest gave way to catastrophe when a cave-in plunged them deep inside a glacial crevasse.

by Heinrich Harrer | Buy on Amazon

A classic of mountaineering literature, this is the story of the harrowing first ascent of the North Face of the Eiger, the most legendary and terrifying climb in history.

The legend that is Sir Chris Bonington charts his many triumphs in the climbing world. Expect tales of his daring first ascents, extraordinary climbs and dramatic near-death adventures.

16. The Mountains of My Life

by Walter Bonatti | Buy on Amazon

A collection of Walter Bonatti’s best mountaineering books detailing his exploits on numerous expeditions as well as the real story behind the controversy over the events on K2 that changed his life.

17. The Tower: A Chronicle of Climbing and Controversy on Cerro Torre

by Kelly Cordes | Buy on Amazon

Controversy has swirled around this ice-capped peak since Cesare Maestri claimed first ascent in 1959. Since then a debate has raged, with world-class climbers attempting to retrace his route but finding only contradictions.

by Hermann Buhl | Buy on Amazon

In 1953, Buhl made the first ascent of Nanga Parbat, the third eight-thousander to be climbed, following Annapurna and Everest. Continuing alone and without supplementary oxygen, Buhl made a dash for the summit after his partners turned back.

by Chris Bonington | Buy on Amazon

Everest the Hard Way is the thrilling account of a classic battle of man against nature, an exhilarating story of courage, endurance and teamwork.

by Andy Hall | Buy on Amazon

In 1967, 12 young men attempted to climb Alaska’s fearsome Denali – known to locals as “The High One”. Only five survived. This is their story.

20. K2: Life and Death on the world’s most dangerous mountain

A thrilling chronicle of the tragedy-ridden history of climbing the world’s most difficult and unpredictable mountain.

21. No Picnic on Mount Kenya: A Daring Escape, A Perilous Climb

by Felice Benuzzi | Buy on Amazon

In 1943, Felice Benuzzi and two Italian compatriots escaped from a British POW camp in equatorial East Africa with only one goal in mind: to climb the dangerous 17,000ft Mount Kenya.

by Reinhold Messner | Buy on Amazon

On 20th August 1980, Reinhold Messner reached the summit of Everest – alone and without the use of oxygen. This is an account of his extraordinary achievement.

by Brian Dickinson | Buy on Amazon

All alone at 29,035 feet, low on oxygen and stricken with snow blindness, Brian Dickinson was forced to inch his way down Everest relying on his Navy survival training, instincts and faith.

by Maurice Herzog | Buy on Amazon

In 1950, when no mountain taller than 8,000m had ever been climbed, Herzog led an expedition to the summit of Annapurna. His book is considered a classic of mountaineering literature and one of the best mountaineering books ever written.

by Tom Ryan | Buy on Amazon

After a close friend died of cancer, Tom Ryan decided to pay tribute to her in a most unorthodox manner. Ryan and his friend, miniature schnauzer Atticus, would attempt to climb all 48 of New Hampshire’s four-thousand-foot peaks twice in one winter.

26. Ghosts of K2: The Race for the Summit of the World’s Most Deadly Mountain

by Mick Conefrey | Buy on Amazon

This is my favourite book on K2 and one that I read en route to K2 base camp. Mick Conefrey expertly captures the depths of how many great mountaineers become obsessed with reaching the summit of the world’s second-highest mountain. From the drug-addicted occultist Aleister Crowley to the Italian duo who finally made it to the summit, Conefrey explores the characters forever instilled in K2’s legacy.

27. Touching My Father’s Soul: A Sherpa’s Sacred Journey to the Top of Everest

Touching My Father’s Soul recounts Tenzing’s son, Jamling Norgay’s climb to the world’s highest peak during the infamous 1996 Everest disaster. Norgay’s physical journey to stand where his father once did unfolds alongside an inner journey to understand his family’s Sherpa history and the significance of the Himalayas.

Here’s what our readers have added to our list of the best mountaineering books ever written.