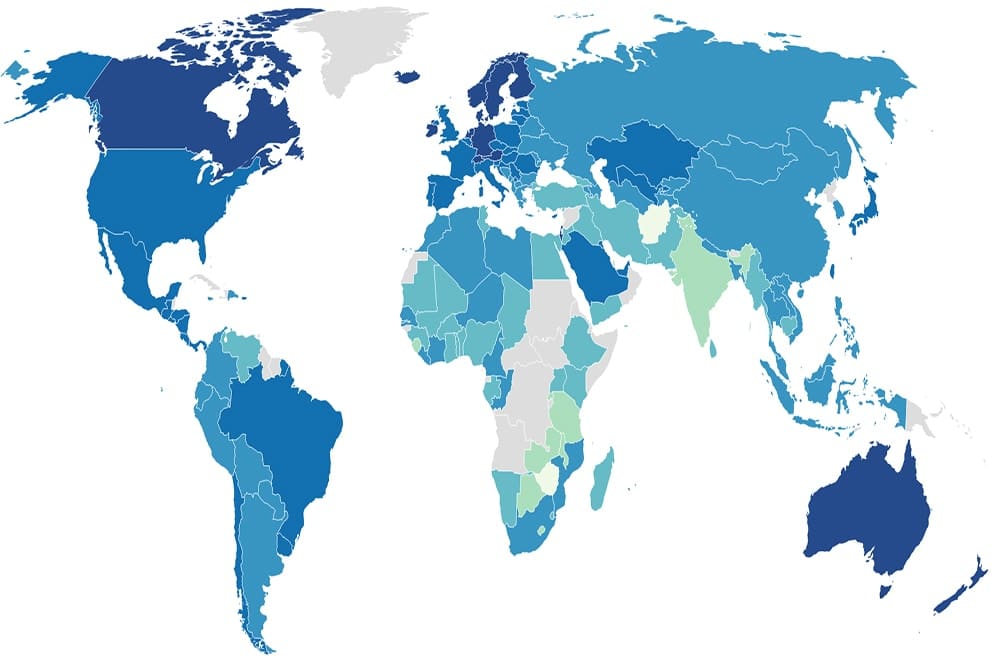 Ever since 2011, when the United Nations (UN) adopted a resolution sponsored by Bhutan, entitled ‘Happiness: towards a holistic approach to development’, governments have worked to give more weight to happiness and well-being when determining how to achieve and measure social and economic development.

As such, various indices attempt to rank the happiest countries in the world on an annual basis. Now in its 10th year, the World Happiness Report from the UN’s Sustainable Development Solutions Network (SDSN) is particularly interesting as it ranks 146 countries by how happy their citizens perceive themselves to be.

“A decade ago, governments around the world expressed the desire to put happiness at the heart of the global development agenda, and they adopted a UN General Assembly resolution for that purpose. The World Happiness Report grew out of that worldwide determination to find the path to greater global well-being. Now, at a time of pandemic and war, we need such an effort more than ever. And the lesson of the World Happiness Report over the years is that social support, generosity to one another, and honesty in government are crucial for well-being. World leaders should take heed. Politics should be directed as the great sages long ago insisted: to the well-being of the people, not the power of the rulers.”

The SDSN employs an international group of economists, neuroscientists and statisticians to survey citizens on their subjective wellbeing to produce a comprehensive annual list of the happiest countries in the world.

SDSN highlights that its rankings are not an index like the longer running Human Development Index (HDI) and more recent Happy Planet Index (HPI). These are often influenced by private sponsors and only partly draw on self-assessment – or make no use of it at all.

SDSN emphasises that its findings draw heavily on data from population samples in each country, using a life evaluation survey to produce subjective well-being data.

The report principally relies on asking a straightforward, subjective question of more than 1,000 people in each country:

“Imagine a ladder, with steps numbered from 0 at the bottom to 10 at the top.

That is not to say the report is without a scientific basis. Economic and social factors are considered along with the survey (namely GDP per capita, social support, life expectancy, freedom to make life choices, generosity and perceptions of corruption), but the focus is on how happy citizens say they are; not how happy statisticians think they should be.

Once again, Finland is named the happiest country in the world. Rounding out the rest of the top 10 are countries that have consistently ranked among the happiest.

At the other end of the table, war-scarred Afghanistan remains last as its humanitarian crisis continues to deepen after the Taliban returned to power in 2021.

The geography of happiness

Unsurprisingly, there is a strong correlation between unhappiness and the world’s poorest and most dangerous countries. Eight of the 10 unhappiest nations are in Africa with the other two, Afghanistan and Lebanon, respectively facing political and financial instability. This year’s report was compiled before the Russian invasion of Ukraine.

Eight of the 10 happiest countries are European nations with only Israel and New Zealand from outside Europe. The UK remains in 17th place while the USA is ranked 16th, up three places from last year and the highest-placed country in the Americas after Canada in 15th. France climbed to 20th, its highest position yet. Australia is 12th.

The highest-ranked country in the Middle East is Bahrain (21) with Taiwan (26) and Singapore (27) the happiest countries in Asia. Costa Rica (23) is the happiest in Latin America with Uruguay (30) the highest-placed in South America. Mauritius (52) is the happiest African nation in the ranking.

The World Happiness Report compiles data from the last three years of available surveys. The overall happiness scores are calculated from the average of the six factors mentioned above.

** The latest report was compiled before the Russian invasion of Ukraine.

In 2020, the report ranked individual cities by residents’ perception of their own well-being. Unsurprisingly, Finland’s capital Helsinki was in first place.