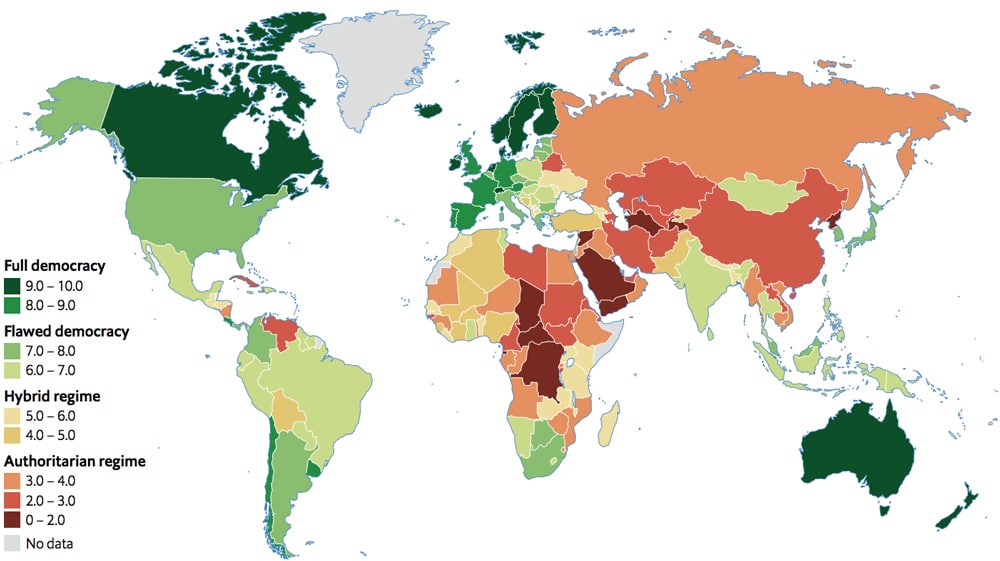 The world’s most democratic countries of 2019 have been ranked in the latest Democracy Index. We take a look at the results

Democracy is in retreat according to the latest edition of the Democracy Index compiled by the UK-based Economist Intelligence Unit (EIU). Now in its 12th year, the index aims to assess the state of democracy around the globe.

The only region to register improvement was North America due to a moderate improvement in Canada’s score. Results imply that democracy in Asia and Europe also stagnated in 2019.

Even though seven of the top 10 democracies are in Europe, the continent continues to experience a long-term decline in democracy. First highlighted in the 2017 Democracy Index, free speech in European democracies is ‘increasingly being restricted by both state and non-state actors’.

‘The global march of democracy stalled in the 2000s and retreated in the second decade of the 21st century. But the recent wave of protest in the developing world and the populist insurgency in the mature democracies show the potential for democratic renewal.’

Countries are classified as one of four types of regime: full democracy, flawed democracy, hybrid regime and authoritarian regime.

The Democracy Index 2019 ranks the state of democracy for 165 independent states and two territories. Some countries have been omitted due to insufficient data.

Download the full white paper from the EIU here.