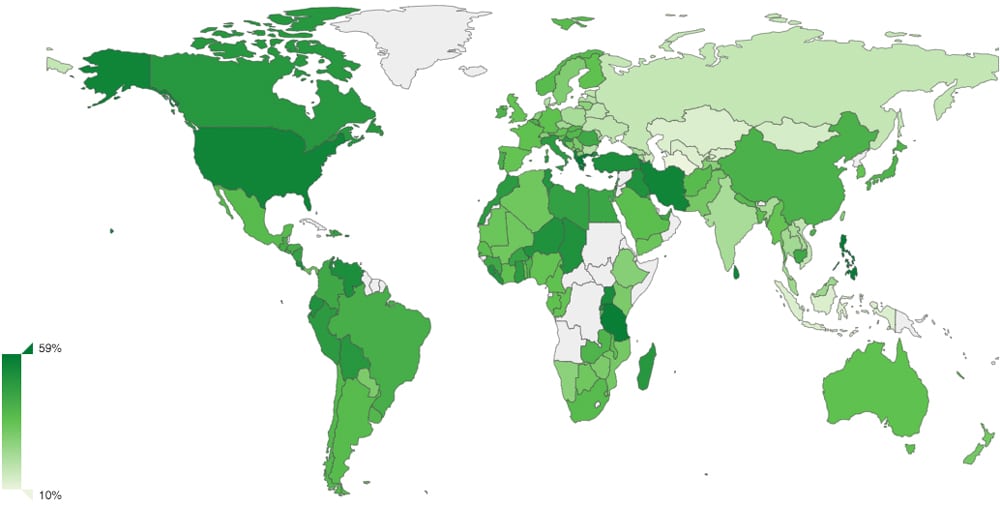 We look at the most stressed countries in the world according to Gallup’s latest survey. The results may well surprise you

How did you feel yesterday? Did you feel physical pain? Experience enjoyment? Worry? Anger? What about stress?

These are the questions put to 151,000 adults in 142 countries across the world as part of the Gallup Global Emotions Report, which measures life’s intangibles – feelings and emotions – that traditional economic indicators such as GDP were never intended to capture.

The report creates a number of indexes, ranking countries by the percentage of people who answered ‘yes’ to a particular question. The resulting data allows us to rank and examine the most stressed countries in the world.

The 10 Least and most stressed countries

These are the least and most stressed countries in the world according to the Gallup Global Emotions Report.

One in three are stressed

Other consistent high performers are the European nations along with the likes of Canada, Singapore, Australia and New Zealand.

These reports typically imply that the richer the country, the better the quality of life. Likewise, there is usually a strong correlation between poverty and unhappiness.

This trend, however, does not seem to apply when it comes to stress. For the third consecutive year, Greece has been named the most stressed country in the world.

59% of those surveyed saying they experienced a lot of stress during the previous day. Another surprise in the top 10 is the USA in seventh place with 55%.

Globally, more than one in three people (35%) said they experienced a lot of stress during the previous day.

The table below shows the percentage of approximately 1,000 adults, who answered yes when asked, ‘Did you experience stress during a lot of the day yesterday?’

NB: Some countries and territories have been excluded due to insufficient sample sizes.

The entire Gallup 2019 Global Emotions Report can be downloaded here.