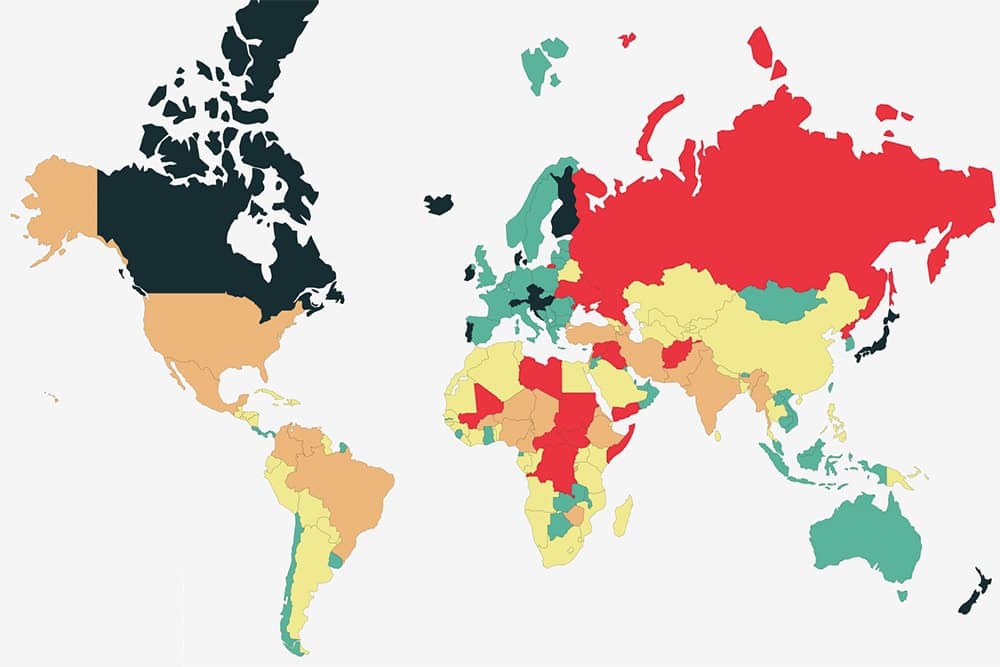 The most peaceful countries in the world have been updated for 2022. Read our insights from the study and browse the rankings below

Iceland is once again the most peaceful country in the world followed by New Zealand, Ireland, Denmark and Austria.

However, the world is a slightly less peaceful place as the number of countries experiencing violent internal conflict rose, the latest Global Peace Index (GPI) suggests.

Afghanistan remains the least peaceful country in the world for the fourth year in a row, followed by Yemen, Syria, Russia and South Sudan.

The GPI report is the only statistical measure of its kind and makes it possible to rank 163 independent states based on how peaceful they are. The 163 states cover over 99% of the world’s population and are assessed using 23 indicators, each banded or normalised on a scale of 1-5.

The index, produced by the Institute for Economics & Peace (IEP), measures global peace using three broad themes: the level of safety and security in society, the extent of domestic and international conflict and the degree of militarisation.

Peace is notoriously difficult to define. The IEP approaches it by attempting to assess the “harmony achieved by the absence of violence or the fear of violence” in a society. More information on the methodology, including details of the 23 indicators used, can be found on page 57 of the report.

10 LEAST and most peaceful countries

The table below ranks 163 of the world’s countries by how they scored on the Global Peace Index. Some countries have been omitted due to a lack of sufficient data.