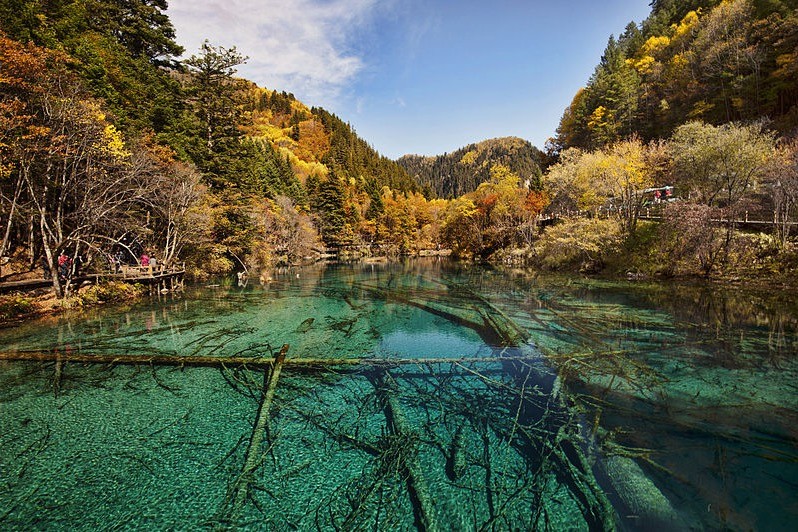 From the plains and deserts of Africa to the waterfalls and glaciers of South America, every continent has something different to offer. Here we list the best national parks in the world by continent.

Located on Tanzania’s northern border with Kenya, the Serengeti National Park is home to the oldest eco-system on the planet as well as the largest terrestrial mammal migration in the world.

Encompassing part of the Namib Desert, this hyper-arid region is known for its hostile climate, crimson-red sand dunes and 550-year-old dead trees.

Victoria Falls is home to the Smoke that Thunders, otherwise known as the world’s largest sheet of falling water, based on its incredible width of 1,708m (5,604ft) and height of 108m (354ft).

This unique park’s name is derived from the whale and seal bones that once littered the shore. The skeletal remains of more than a thousand shipwrecks have now replaced the whalebones.

Literally dominated by the highest mountain in the world, Mt Everest, the national park was first established in 1976. Sagarmāthā is a Nepali word derived from sagar meaning “sky” and māthā meaning “head”.

Known for its incredible layered waterfalls, colourful lakes and snow-capped peaks, this multi-coloured national park in China looks like something out of a Tolkien novel.

A bizarre and spectacular landscape largely sculpted by erosion, Göreme is littered with troglodyte dwellings and subterranean towns – the remains of a human habitat dating back to the 4th century.

The world’s largest lizard roams the Lesser Sunda Islands where this national park is located. It’s probably the best insight into what the world looked like when dinosaurs roamed.

Complete with an elephant sanctuary, a zoo, a butterfly enclosure, a snake house and a safari park that includes bears, lions, zebra, leopards as well as white and Bengal tigers, this is one the best places in the world to observe such diversity of wildlife.

The second most visited of the US national parks sees over four million visitors every year. It’s not all about the Colorado River though. The extensive system of tributary canyons provide some of the best hiking in the world.

Too often overlooked in favour of the more popular and accessible Chichen Itza site in Mexico, Tikal is actually the largest excavated site on the American continent. It contains some of the most captivating archaeological remnants of the Maya civilisation.

Established in 1885 in the Rocky Mountains, Canada’s first national park spans a region of unparalleled majestic mountain scenery. The park has in excess of 1,600km (1,000mi) of hiking trails encompassing the resort town of Banff, the highest town in Canada at 1,630m (5,350ft).

One of the last cities inhabited and built by the Mayans cuts an impressive image above the tropical beach below. Tulum is one of the few places in the world where you can roam ancient ruins in the morning and snorkel in turquoise waters in the afternoon.

Picking just two US national parks for this list was always going to be difficult, but Yellowstone’s diversity of wildlife and geothermal features simply cannot be ignored. It does also have the largest supervolcano on the continent.

In 2013, National Geographic ranked Torres del Paine National Park in Chilean Patagonia as the fifth most beautiful place in the world. With staggering jagged mountain peaks and ultramarine glaciers, it’s easy to see why.

The pristine archipelago of The Galápagos is haven to some of the world’s most unique and rare species of animals, many of them entirely endemic to the equatorial islands 906km (563mi) west of continental Ecuador.

The infamous waterfalls actually straddle both sides of the Argentine/Brazilian border. However, the Argentine side offers the most dramatic and spectacular views of the giant rapids. Visitors here can get right among the ferocious chasm called the Devil’s Throat where half the river’s flow falls.

Perito Moreno glacier is one of the world’s few glaciers in a state of equilibrium (i.e. receding and growing at the same rate and thus in a state of balance overall). The expanse of blue ice is 250km2 (97sq mi) in area and is an average of 74m (240ft) high.

As the sixth biggest national park in the world, Canaima is the size of Belgium and includes the highest waterfall in the world, Angel Falls, at 1,002m (3,287ft) in height.

This park is home to the largest glacier on European mainland. The glacier has shrunk in recent years. As it recedes, it reveals the ruins of farms that were absorbed by the glacier from as long ago as 1750.

This area of Scotland holds a very special place in my heart. My first family holidays were here and years later I first learnt to strap on crampons and self-arrest with an ice axe here. Scotland is still the most beautiful place in the world for me.

Plitvice national park is world famous for its 16 cascading lakes and their distinctive colours, ranging from brilliant azure blues, greens and greys. The colours constantly change depending on the amount of minerals present in the water and the angle of sunlight.

Located in a particularly impressive area of the ever-impressive Alps in Switzerland, this park has strict boundaries in place limiting human activity. This “total protection” philosophy is probably why it is so breathtakingly beautiful.

Defined by its Alpine peaks, glacial lakes, mountain caves and huge tracts of evergreen forests, this area of Poland is surprisingly easy to access. Excellent trails and superb hiking infrastructure make this a popular destination for outdoor enthusiasts.

Having lived there for more than 50,000 years, Aborigines are the oldest living culture on earth. More than half the park is Aboriginal land and home to 20,000-year-old rock paintings and over 10,000 crocodiles.

Politically, it may be a part of Chile but, geographically, Easter Island is Polynesian through and through. The island is incredibly remote (its closest inhabited neighbour is Pitcairn, 2,000km (1,200mi) to the west) but its ethereal beauty and mystical moai make it worth the slog.

The lush interior of Taveuni, known as the “Garden Island” makes it a perfect destination for day hiking and jungle trekking. The inner island trails provide fantastic panoramas of the island.

The largest of the 14 national parks in New Zealand is where the mountains and valleys compete for room and the rainfall is measured in meters. Don’t let the notoriously unpredictable weather put you off: Fiordland has an excellent network of hiking trails.

The GBRMP is clearly one of the world’s greatest natural treasures. The Great Barrier Reef is the world’s largest coral reef and can even be seen from outer space! It’s also the world’s biggest single structure made by living organisms.

There aren’t any national parks in Antarctica. It’s a de facto condominium, governed by parties to the Antarctic Treaty System. Let’s just call the whole place an “international park”, shall we? An international park that’s the coldest, driest and windiest place on Earth. And has the highest average elevation of all the continents. And is also considered a desert.