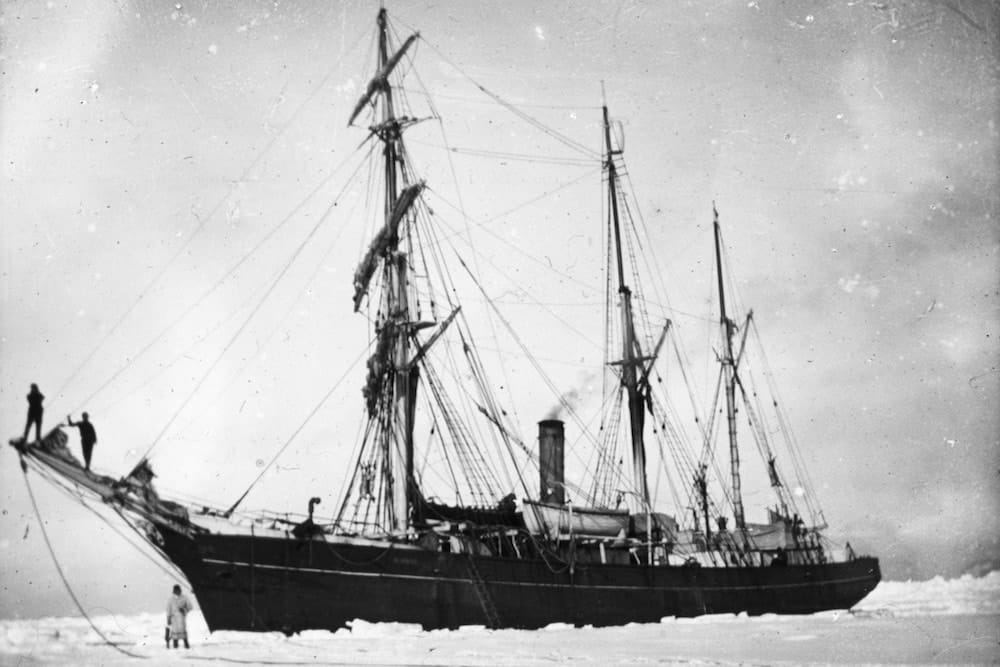 As a new generation of visionaries – from SpaceX’s Elon Musk to Virgin Galactic’s Richard Branson – look forward to new frontiers, we cast an eye back and pay homage to history’s most epic endeavours thus far.

Amundsen is better known for being the first person to reach the South Pole, which is plenty epic enough. However, he first made his mark on history by undertaking a three-year voyage from the Atlantic to the Pacific via the Arctic Ocean to become the first to conquer the epic route that’s been sought by explorers for centuries.

As if sailing the complex waterways wasn’t impressive enough, Amundsen then skied 800km across Alaska to send a telegram about his success. Then he skied the 800km back again. (Norwegians, eh?)

The near-mythical status held by David Livingstone is not without merit. He is probably best known for crossing the African continent (1852-56), navigating the Zambezi river (1858–64) and seeking the source of the Nile (1866-73).

Livingstone travelled for years at a time (at one point lost to the outside world for six years) and eventually died of malaria in present-day Zambia. Today, his name is immortalised with countless places and memorials named in his honour throughout Africa and further afield.

The expedition intended to be the first to cross the Antarctic but unfortunately, it suffered cataclysmic events at almost every stage. It began when the expedition’s ship, Endurance, became trapped in ice and then broke up under the strain. After camping on the moving ice and failed marches across to the mainland, the party launched three lifeboats for Elephant Island.

Shackleton and five others then set sail in an open boat for South Georgia some 800 miles (1,287km) away. After reaching the island they had to cross it on foot to reach a whaling station. Finally, three years after leaving, he returned to collect the others without loss of life.

Captain James Cook made three voyages throughout the Pacific leaving his name and mark on countless islands throughout the Ocean. I’ve actually lost count of how many places we’ve visited that mention his name in a landing place, memorial or, in one case, a whole collection of islands (The Cook Islands of course).

Prior to all this, his first voyage aboard the HMS Endeavour saw him circumnavigate the globe via Cape Horn, Tahiti, New Zealand, Australia, Indonesia and the Cape of Good Hope. En route, Cook managed to track the 1769 transit of Venus across the Sun and map large areas of the largely undiscovered Australia.

What do you do when your president buys a territory and doubles the size of your country? Explore it, of course. The United States was a very different place back in the early 19th century when President Jefferson purchased the territory of Louisiana from France for about 4 cents per acre. He needed the newly acquired land explored and mapped as well as fixing a route across the western half of the continent.

Nansen looks tough – just like an explorer should do. Not only was he tough but he was also smart. The crossing of Greenland was hampered with upsets including a delayed landing, horrendous weather conditions, a dramatic change of route and, finally, missing the return boat home.

Spending seven months on Greenland waiting for the next ship, Nansen used this time and the preceding expedition to perfect techniques and innovations in polar equipment and clothing, paving the way for future similar expeditions. He would later claim the record for reaching the northernmost latitude during his North Pole expedition (1893–96).

In 1919, the hotelier Raymond Orteig offered $25,000 dollars to the first person to complete a nonstop flight between New York and Paris. It took Charles Lindbergh eight years to raise the capital and source a plane suitable for the flight.

Six well-known aviators had already lost their lives in pursuit of the prize by the time Lindbergh took off in Spirit of St. Louis from New York. Thirty-three and a half hours later he landed in Paris in front of more than 100,000 spectators.

Robert O’Hara Burke and William John Wills led an ill-fated expedition of 19 men from Melbourne on the southern coast of Australia 2,000 miles (3,250 km) to the northern coast. The party was halted just three miles (5km) short of the coastline.

Unfortunately, on the somewhat farcical and tragic return journey both the expedition’s leaders lost their lives along with five others. At one point the returning party missed their rendezvous by just nine hours. Only one man of the expedition’s original 19 crossed the continent and returned alive to Melbourne.

The Portuguese explorer came wretchedly close to being the first man to circumnavigate the globe. Instead that went to Juan Sebastián Elcano who took command of the expedition after Magellan was killed at the Battle of Mactan in the Philippines.

The final distance of the voyage clocked in at an epic 37,560 miles (60,440 km). It was also the first expedition to sail from the Atlantic Ocean into the Pacific Ocean and the first to cross the Pacific.

This guy wrote the book on discovery – literally. Nearly 750 years ago, a 17-year-old Venetian merchant set off on a 15,000-mile (24,000 km) voyage that lasted over 24 years. The journey took him through the Middle East, Central Asia and China. His subsequent book, The Travels of Marco Polo, helped introduce Europeans of the time to the distant lands of Central Asia and China.

Want to read more about these epic journeys of discovery? DK has published an outstanding coffee table book in collaboration with the Royal Geographical Society called Explorers: Tales of Endurance and Exploration.

1 thought on “10 epic journeys of discovery”