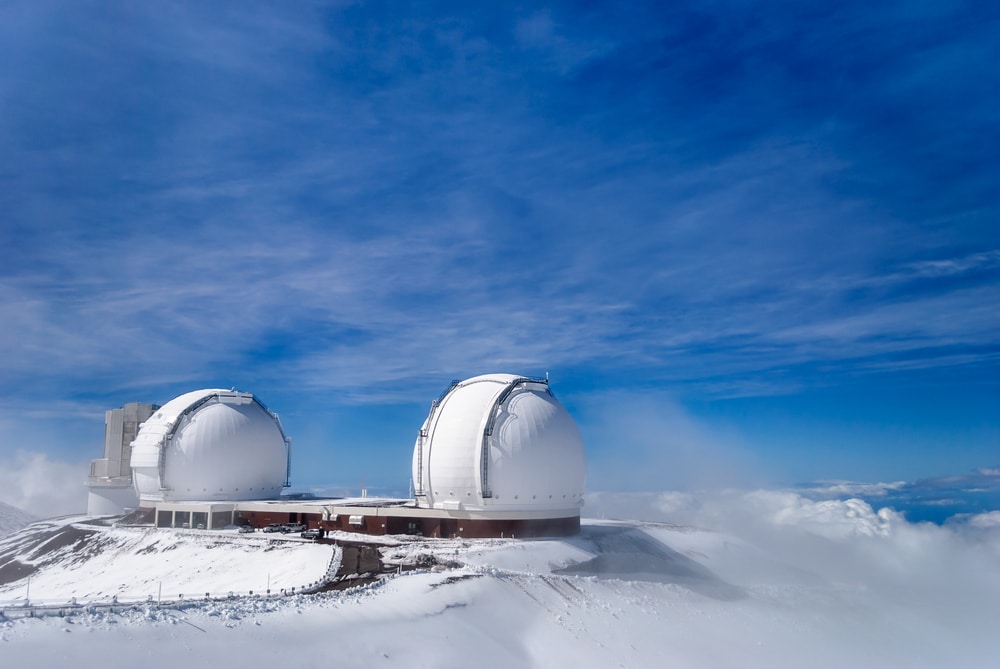 Okay, so we all know that Mount Everest is Earth’s highest mountain, measuring at a staggering 8,848m (29,029ft) above sea level.

What’s less well known is that if you measure from base to peak, it’s not Everest but Hawaii’s Mauna Kea that takes the crown as the world’s tallest mountain. Mauna Kea lies largely hidden beneath the ocean surface but is a monumental 10,203m (33,476ft) in height from base to peak.

It was because of this astonishing fact that we couldn’t resist spending our precious few hours in Hawaii driving halfway across the “Big Island” and upwards to Mauna’s dizzying summit.

We had agonised over the decision. Visiting Hawaii on a cruise meant we had limited time on land and we had to choose between Mauna Kea and the renowned volcano park. In the end, we couldn’t resist the call of the tallest mountain on Earth.

I love trekking so talked Kia into attempting a hike to the peak. Alas, after some investigation, we found that our eight hours on land was not enough for a comfortable round trip. If we missed the boat, it would leave without us, so we made the decision to book a ride to the top (cheating, I know).

Soon after docking, we met Daniel, our guide from Aloha Island Tours. A Hawaiian native, Daniel (or Lopaka) had an encyclopaedic knowledge of his homeland and its people.

As we drove to Mauna Kea, he told us about his efforts to learn Hawaiian as part of a national drive to revive the language and secure its future. It was obvious that he felt a deep pride in his culture and heritage.

We paused for a prayer before starting our ascent. The summits of the five volcanoes of Hawaii are celebrated as sacred mountains and traditionally the summit of Mauna Kea is seen as the “region of the gods”, an area in which benevolent spirits dwell.

After paying our respects, we proceeded to our first stop: the visitor’s centre at 2,804m (9,199ft) where we stopped for 40 minutes to acclimatise.

Daniel frequently checked how we were feeling because of the altitude change. He told us that visitors occasionally nodded off on the climb due to the swift changes. I kept an eye on Kia as this was the highest she’d ever been, but she was absolutely fine – sprightly even.

In terms of weather, we couldn’t have hoped for a better day. Although it was cloudy at sea level, we rapidly gained altitude and were met with stunning views of fluffy cloud beds below. In Hawaiian, Mauna Kea translates as “white mountain” and we could now see snow among its peaks. Snow! In Hawaii!

Our second stop was at a series of 13 telescopes. Mauna Kea’s combination of high altitude, dry environment and stable airflow makes is one of the best sites in the world for astronomical observations. We peeked inside one of the biggest telescopes, staffed by researchers that live on the mountain at 2,804m (9,199ft).

After our second stop, we ascended further and stopped a few hundred metres from the summit. At this point, we left the vehicle and hiked the final 20 minutes to the peak.

Despite the thinning air, we made short work of it and before we knew it, we were standing alone on top of the tallest mountain in the world. The view was utterly breathtaking.

In silence, we paused atop this magnificent mountain, awestruck by the spectacle stretching out below.

We never planned to visit Hawaii and we certainly never expected to find a snow-capped mountain there when we did. Needless to say, we were delighted with the choice we made.

Funnily enough, you can just about make out the renowned volcano park from the summit of Mauna Kea. You can see everything, including the stars.