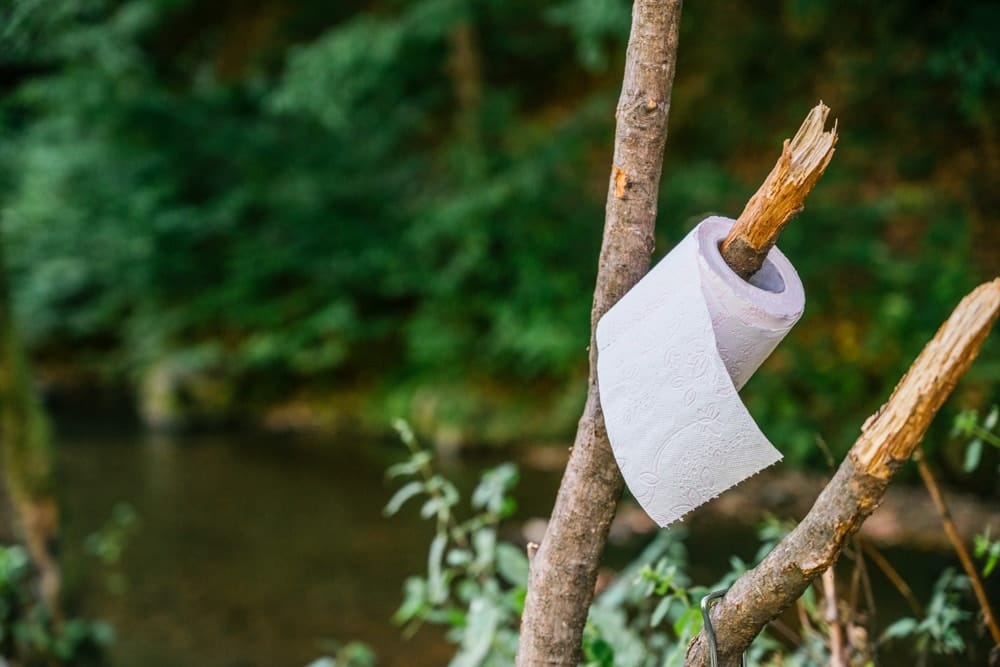 Burying your waste may no longer be the most sustainable way to go to the toilet in the outdoors, according to new research

The number of people using public lands in the US has been steadily increasing for years. The pandemic accelerated the trend as lockdown-weary Americans flocked to outdoor spaces in record numbers. The increase in visitors saw several parks and landmarks introduce reservation systems to counteract the unsustainable rise in visitor numbers.

From 2019 to 2021, a study found that there was an increase of 8.1 million hikers and 7.9 million campers in the US. In 2021, the National Park System (NPS) announced that 44 US national parks had set new records for recreational visits that year. Numbers across the NPS are forecast to rise even further in 2022 as international visitors return. The UK has also encountered similar issues in its national parks and beauty spots after record years.

Naturally, the upsurge in hikers and campers has seen an increase in people going to the toilet in the outdoors. As such, land managers and scientists are debating if it’s time to change the way we poop in the woods.

What’s wrong with the old way?

For generations, outdoor enthusiasts have been taught to follow the advice from the Leave No Trace Center for Outdoor Ethics and bury their waste in holes (known as catholes) around 15-20cm (6-8in) deep and approximately 70 paces from any water sources.

This, they claim, is the best way to avoid water pollution, minimise the spread of disease, reduce the chance of somebody else finding it and facilitate the rate of decomposition. There have even been books written on the subject.

However, catholes are not particularly good at breaking down human faeces. No matter how deep the faeces is buried or what kind of soil it’s buried in, high levels of pathogens can remain in the soil for over a year. Unlike animal waste, human waste (due to our modern diets and use of medication) can carry all sorts of parasites, diseases and bacteria, such as E.coli and salmonella, as well as heavy metals, which can all easily contaminate waterways and ecosystems.

Lara Jacobs, a PhD candidate in Forest Ecosystems and Society at Oregon State University, argues that most people do not know that using catholes can harm watersheds, soils and animals – including humans.

“We’ve been taught for years just to dig a hole and bury faecal matter,” says Jacobs. “However, this contrasts with the scientific literature that shows how bacteria survive in great abundance across seasons, and depth of burial doesn’t seem to matter. The best practice isn’t to bury your faecal matter unless you plan to put in a lot of work to completely compost it with soil. Outdoor recreationists should be packing out their faecal waste whenever possible.”

There are several reports and accounts that support Jacobs’ claims. A study of the San Juan River, which flows through Colorado, New Mexico and Utah and is popular with river runners, found levels of E. coli specifically associated with human faeces were almost 12 times higher than normal.

A study of 55 California beaches, published in 2007, found that 91% had sand contaminated with “faecal indicator bacteria”. Another report in Alabama and Rhode Island also found that several beaches carried faecal indicator organisms and pathogens. Furthermore, beachgoers who played in the sand were more likely to suffer gastrointestinal illness than those who reported no sand contact.

Given the relentless increase in outdoor recreationists, there is an argument that going forward, catholes are simply not going to cut it anymore.

Waste Alleviation and Gelling (WAG) bags are puncture-resistant double-layered bags that come with a NASA-developed solidifying agent (sometimes known as “poo powder”) to hide and contain any odours within the bag. Traditionally, they have been used with camping toilets but can easily be propped open on the ground and used by squatting over them. The waste is then double-wrapped, sealed within and carried out.

WAG bags were initially designed to be used in sensitive ecosystems like deserts and rocky environments where human waste does not biodegrade easily or in river corridors where it risks contaminating water sources. However, they are becoming more widespread with several public lands already introducing WAG bag schemes to encourage visitors to carry their waste out of the park or off the mountain or trail.

Likewise, overnight campers at the Guadalupe Peak Wilderness Campground in Texas are required to carry at least one WAG bag per person per day for the duration of their trip. Furthermore, campers must present proof that they have the required number of bags before their permit will be issued. Finally, California’s Mount Whitney has required hikers to use WAG bags since 2006, reporting that trail users have packed out up to 8,000lb (3,600kg) of human waste per year.

It would appear that WAG bags are becoming common practice for environments heavily impacted by human traffic. And with visitor numbers on the rise across public lands, there will be more and more of these high-impact, high-volume areas needing a sustainable sanitation solution. As such, don’t be surprised to see more outdoor spaces directing visitors to use WAG bags and carry their waste out.

From a personal point of view, I have no problem with packing out my own waste and would encourage others to do the same. Although, I do wonder how long it will take for people to comply. That said, when I was growing up, nobody cleaned up after their dog. Today, the use of dog poop bags has effectively become part of dog ownership culture. It is encouraging to see how the majority of people changed their behaviour.

It’s also worth noting that currently, even though WAG bags claim to be “landfill approved”, unlike dog poop bags they do not appear to be biodegradable or fully compostable. The words are noticeably absent from online sellers here, here and here. I have been able to confirm the bags are made from a “proprietary blend of polymers and natural starches”. The starch is supposedly added to help them break down faster under landfill conditions.

However, most polymers are not biodegradable. This means that microorganisms cannot break them down, so they can cause litter problems if not disposed of carefully and can last for many years in landfill sites.

It makes me question if WAG bags are solving one problem by compounding an existing one? One hopes that if the use of WAG bags becomes more commonplace, biodegradable and compostable options would naturally and quickly become the market standard.

How to go to the toilet in the outdoors

The Leave No Trace Center for Outdoor Ethics currently advises that, apart from in sensitive ecosystems like deserts or river corridors, the best practice for going to the toilet in the outdoors is to bury waste in a cathole.

WAG bags will usually include toilet paper, hand sanitiser and a double-layered bag with chemical crystals that render human waste inert and minimise the smell. The idea is to defecate directly into the interior bag and then seal it within the outer bag.

Pro tip: reviewers have suggested that WAG bags do not come with sufficient toilet paper so take some extra with you.