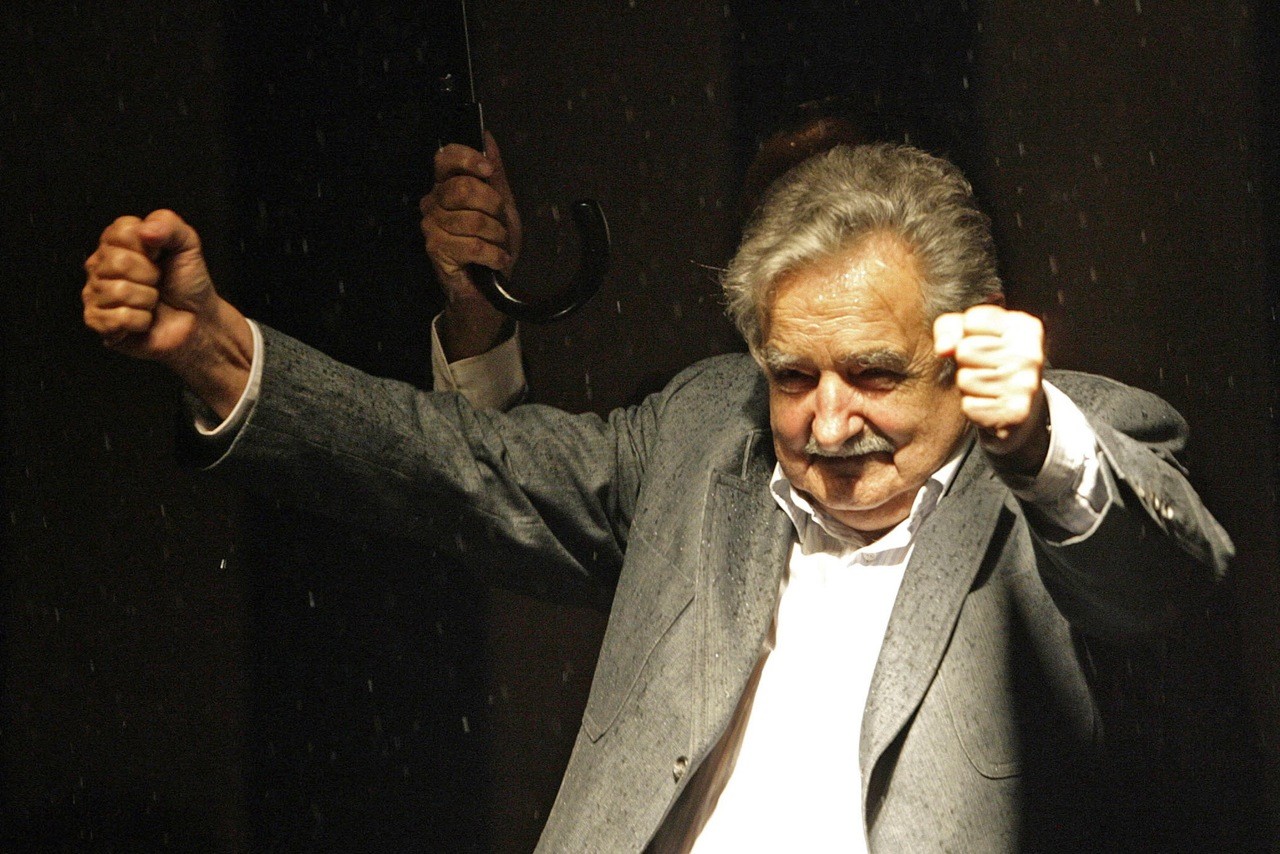 Uruguay’s José Mujica, the ‘world’s poorest president’, lives in a 1-bed home, drives a Beetle and gives away 90% of his salary. We share his wisdom

I’ve always had a very specific idea about Uruguay. Crouched deep in the belly of the continent, it was in my mind an expansive plain of rolling hills, laconic gauchos astride thoroughbred horses and tall blades of grass bristling in the sun.

I’m sure my version of Uruguay exists somewhere but the one I found was vastly different. Instead of a South American Arcadia, I found a modern country with liberal views and impressively progressive laws.

Uruguay was the first South American country to legalise same-sex civil union at a national level and the second country after Cuba to legalise abortion. It has no official religion and has renamed many of its traditional Catholic holidays: Christmas is Día de la Familia (Day of the Family) and Holy Week is now Semana de Turismo (Tourism Week).

Moreover, it’s one of the few countries on the continent in which the entire population has access to clean water. In 2013, it was named The Economist’s country of the year.

Much of this incredible record can be attributed to José “Pepe” Mujica, President of Uruguay between 2010 and 2015. Mujica, who has been nominated for a Nobel Peace Prize, was notable for his forthright leadership, refreshing candour and fiery oration skills. When he left office in March, he was quite possibly one of the world’s best-loved if less-known revolutionaries.

In this case, ‘revolutionary’ is used literally and not just to denote Mujica’s comparatively radical ideas. In the 1960s and 1970s, Mujica was a member of Tupamaros, a Uruguayan guerrilla group inspired by the Cuban revolution.

Mujica was shot six times and spent 14 years in military prison, most of it in harsh conditions and solitary confinement. He was released in 1985 when Uruguay returned to democracy.

Today, the portly, doughy-faced atheist octogenarian lives in a one-bedroom farm and, like in his presidential days, donates 90% of his income to charity, a habit that earned him the moniker ‘the world’s poorest president’. Below, we present 10 of his most illuminating quotes offering lessons to not just politicians but ordinary people too.

“If every powerful person has three, four, five cars and needs 400 square metres to live and a house at the beach and an airplane to go here and there, then there isn’t enough for everyone… If the current world population aspired to consume like the average American, we would need three planet earths.”
(Source: Al Jazeera)

“A president is a high-level official who is elected to carry out a function. He is not a king, not a god. He is not the witch doctor of a tribe who knows everything. He is a civil servant… I think the ideal way of living is to live like the vast majority of people whom we attempt to serve and represent.”
(Source: Al Jazeera)

On donating 90% of his salary

“I have a way of life that I don’t change just because I am a president. I earn more than I need, even if it’s not enough for others… For me, it is no sacrifice, it’s a duty.”
(Source: Al Jazeera)

“We can almost recycle everything now. If we lived within our means, by being prudent, the seven billion people in the world could have everything they needed. Global politics should be moving in that direction. But we think as people and countries, not as a species.”
(Source: The Guardian)

On gay marriage and abortion

“Abortion is as old as the world… Gay marriage is older than the world. We had Julius Caesar and Alexander the Great. They say it’s a modern thing but it’s older than we are. It’s an objective reality. Not legalising it would be to torture people needlessly.”
(Source: O Globo)

On being called the world’s poorest president

“I’m not the poorest president. The poorest is the one who needs a lot to live. My lifestyle is a consequence of my wounds. I’m the son of my history. There have been years when I would have been happy just to have a mattress.”
(Source: The Guardian)

“I believe that the wealthiest should pay to eliminate world poverty… It’s a nonsense that we throw away so much and we make useless things to throw away when there are women walking five kilometers to fetch two pitchers of water.”
(Source: The Economist)

On his time in prison

“I always thought that I would get out at some point. You can see that I’m a rather stubborn character. I thought I would get out and carry on being a political militant. And you know that’s what I did within two hours of getting out and I’ve carried on doing it ever since.”
(Source: The Economist)

“I never get tired of saying to young people that those who are defeated are those who cease to fight, it’s always worthwhile to start over in all aspects of life, not just in politics. I believe that life is a marvellous adventure. And it’s worthwhile to start again 20 times over. Those dark, horrible years gave me a lot. For example, I do not hate. Do you know what a luxury it is not to hate?
(Source: The Economist)

“The only good addiction is love. Forget everything else.”
(Source: Al Jazeera)

Read more about about ‘Pepe’ in The Robin Hood Guerrillas: The Epic Journey of Uruguay’s Tupamaros.