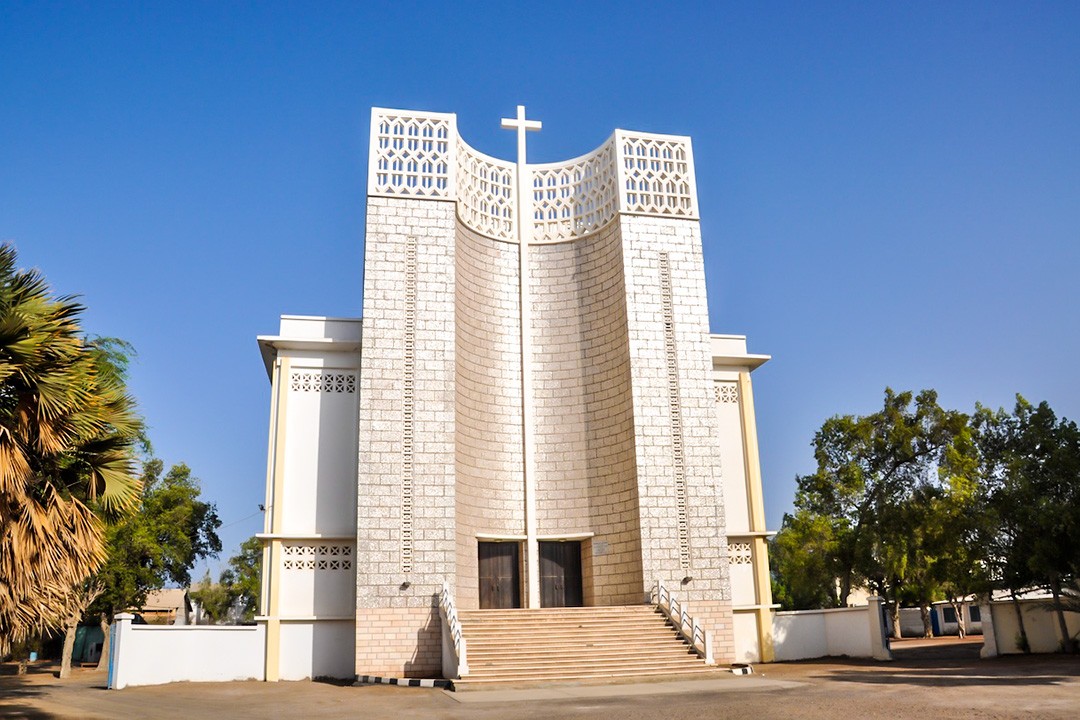 Let’s face it: you don’t come to Djibouti, a tiny speck of a country in the Horn of Africa, to visit its city. You come to Djibouti to swim with the whale sharks, see the belching chimneys at Lac Abbé and frolic in the gin clear waters of Lac Assal, the lowest point in Africa.

That said, if you have a few hours spare, wandering the capital is worth the time. As you will no doubt be told during your stay, Djibouti City is virtually crime-free given the heavy military presence and is therefore largely safe to explore on foot – which is exactly what we did.

We take a look at the best things to do in Djibouti City, gleaned from our afternoon of urban exploration.

The squares buzzes first thing in the morning, empties in the afternoon when the city sleeps, and then surges back to life around 3pm. Numerous cafes, bars and restaurants line the square offering plenty of places to stop for food or coffee. We recommend Pizzaiolo just off the main square for tasty blue-cheese pizza.

The European Quarter surrounding Place Ménélik is home to a variety of shops and administrative buildings, the most impressive of which is the modern Assemblée Nationale, where the Djiboutian government sits.

There are also plenty more eating and drinking options in the surrounding wider streets as well as the city’s banks, pharmacies and supermarkets. A stroll around the quarter’s wider streets provides an insight into the direction the city is moving.

Hamoudi Mosque and the African Quarter

Djibouti City’s most iconic building, the Hamoudi Mosque, dominates this chaotic corner of Djibouti City. Built in 1906, the mosque is one of the largest in the city with capacity to accommodate over 1,000 worshippers.

Les Caisses Market located in the surrounding Quartier 1, as it is also known, is a haphazard mix of alleyways, street stalls and shops. The city’s best souvenir shopping is crammed into these streets with everything from woodcarvings to clothing.

The People’s Palace monument complex is situated on the promenade of Rue de Geneve. A gift from China, the complex officially opened in 1985 to commemorate and celebrate the Djiboutian struggle for independence.

The complex was closed for security reasons when we visited, which may or may not have been related to the 40th anniversary of Djibouti’s independence – we got different answers from everyone we asked. All we know is that armed soldiers will tell you very sharply that you can’t go near it!

The city’s only sunset stroll is probably just about worth the effort as long as you stop off for a bite to eat at one of the cafes or restaurants that line the nearby Rue de Venice (don’t let the name fool you). We’ve heard good things about Moonlight Restaurant.

The marina itself is in decline, but the view of the shore and city skyline, dominated by the presidential palace (which is off limits), makes the causeway just about worth the trip. Beware that when we visited, the road to L’Escale from Ménélik (Ave Adm. Bemard) was closed due to the aforementioned security reasons, meaning it was a very long walk around to access L’Escale.

The modern but striking architecture of the Cathédrale Notre-Dame du Bon-Pasteur (Our Lady Mother of the Good Shepherd) sticks out like a sore thumb in Djibouti. Built in 1964 on the site of a much older church, the cathedral serves the catholic population of Djibouti and features glittering seashells engrained in its concrete facade.

We broke up our day by stopping off at Jus de Fruits Chez Mahad just round the corner from Hamoudi Mosque. Mahad offers up a huge menu of 45 different refreshing juices and smoothies.

Sings Indian restaurant near the old train station is a great place to finish your day in Djibouti City. It was easily our favourite restaurant in town and open all day.

Things to do in Djibouti City: the essentials

What: Exploring the best things to do in Djibouti City.

The Residence is close to restaurants, shops and amenities including Pizzaiolo down the road which does a great blue cheese pizza – though be warned that prices for both food and accommodation are high in Djibouti, so do adjust expectations accordingly.

When: The best time to visit Djibouti is Nov-Jan when whale sharks make their annual visit and the weather is cooler. The shoulder seasons of Oct and Feb-Apr are also good times to visit, but you won’t see whale sharks. May-Sep is extremely hot.

How: Use the Google Map above to locate the best things to do in Djibouti City. The City is very small and fairly walkable (if rather busy and dusty).

Be aware that the city tends to shut down from around midday to 3pm. It makes for a quiet time to explore, but most restaurants, shops and cafes will be closed. Additionally, you may come across some hostility towards taking photographs. Do not photograph government buildings or the police, and always check with stallholders and shopkeepers before taking photographs of their produce.

Taxis from the airport charge set fares to hotels in the city (approx 2,000 DJF / $11 USD). Check the board outside the airport to make sure you don’t get overcharged.