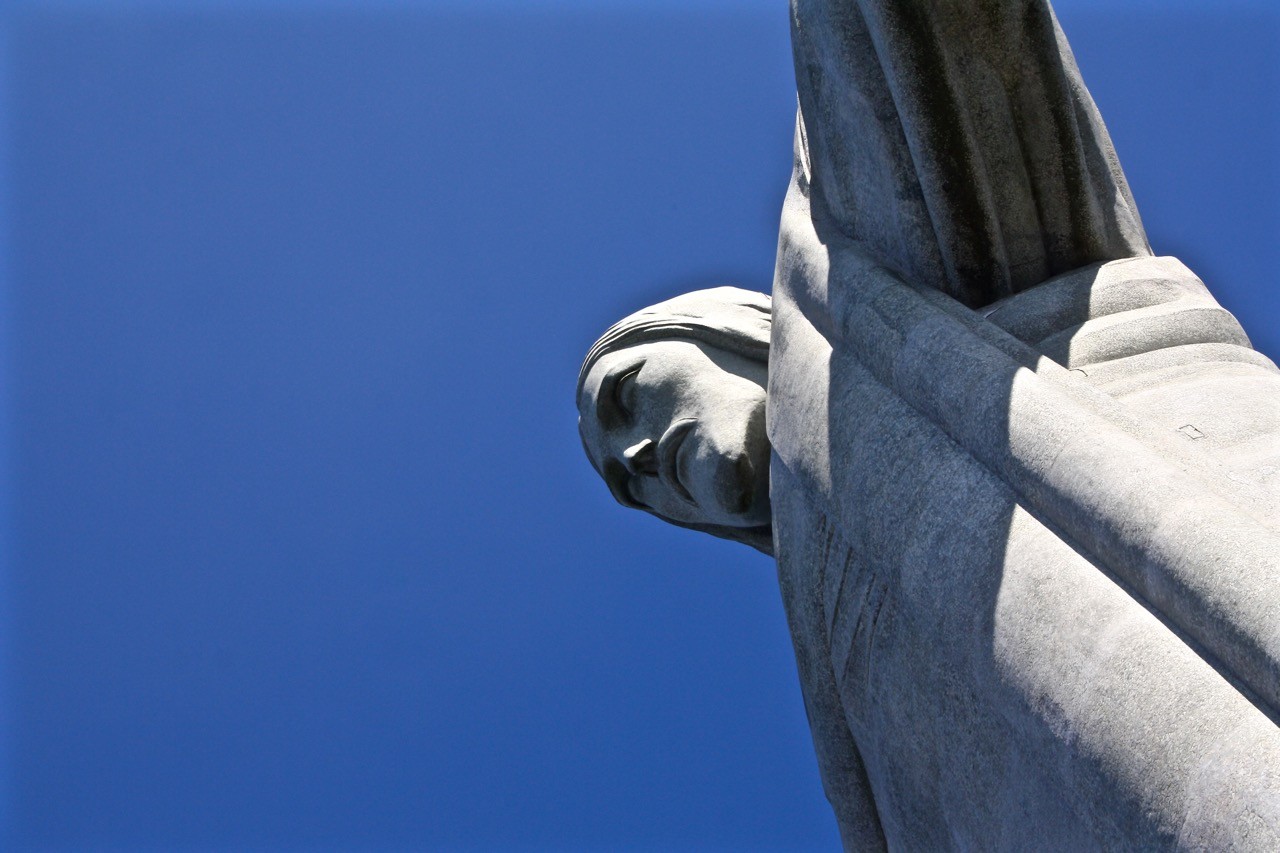 Kia and I have visited all of the New 7 Wonders of the World but only Christ the Redeemer in Rio de Janeiro failed to leave us awestruck. Here, we examine whether Cristo Redentor really deserves a place alongside the other “new” wonders of the world.

The Great Pyramid of Giza is the only survivor from the original Seven Wonders of World list and has been granted honorary status amid the new entries.

The New7Wonders Foundation made headlines when it spearheaded “the largest poll on record” claiming over 100 million votes were cast across a global internet and telephone poll.

However, when the winners were announced in 2007, the poll was criticised as unscientific. Even though online voting was limited to one vote per one online identity, casting multiple votes was possible via telephone.

Major campaigns were run by in the monuments’ host cities and countries. The biggest (and thus probably most successful) was in Brazil. The major telecommunication networks in Rio de Janeiro sent SMS texts to residents reading “Press 4916 and vote for Christ. It’s free!”

Likewise, the city’s metro system and TV stations ran prominent campaigns and infomercials encouraging people to vote by telephone. Some estimates suggest that around 10 million Brazilians voted in the poll. That is 10% percent of the total votes cast – a disproportional percentage considering there were 21 finalists.

In comparison, countries without a large and well-connected population or sufficient funds ­– be it sponsorship or government support – could not run such high-impact campaigns.

UNESCO distanced itself from the poll, saying: “The list of the 8 New Wonders of the World will be the result of a private undertaking, reflecting only the opinions of those with access to the internet and not the entire world. This initiative cannot, in any significant and sustainable manner, contribute to the preservation of sites elected by this public.”

Our visit to Christ the Redeemer

As a tourist attraction, Christ the Redeemer is a must-see for any visitor to Rio. The views across the city are spectacular and the statue is as iconic as the Statue of Liberty in New York or the Eiffel Towel in Paris. However, your visit – like ours – will likely be hectic, crowded and stressful.

We visited on a gorgeous clear day in June and didn’t have to wait long before heading to the viewing platform. A guard told us that it was the quieter time of year and that it’s not unusual to wait three hours or more in peak season!

We reached the viewing platform and were taken aback by the sheer volume of people. Tourists jostled shoulder-to-shoulder while trying to take photos of themselves packed together like sardines. It was practically impossible to stand still and enjoy the experience for more than a few seconds without someone pushing past.

We navigated around the statue and worked our way off the platform to the lower levels where it was marginally quieter – and this was off peak!

Overall, we were pleased to see the statue but also relieved to leave – not the best endorsement of a ‘wondrous’ attraction!

From an architectural perspective, Christ the Redeemer doesn’t really contend with the other wonders, all of which were constructed hundreds of years ago – at least!

Christ the Redeemer in comparison was built in 1931, a time when technology was far more advanced and resources more readily available. The challenges facing the builders and architects of the other six wonders – as well as so many of the contenders that missed out – were far greater than those of Christ the Redeemer.

The Incan city of Machu Picchu was built up in the mountains amid the clouds, the ancient city of Petra was carved out of the side of cliff faces in the middle of the desert while the Great Wall of China stretches thousands of miles across the historical northern borders of China, built to withstand Mongol empires. A concrete statue just doesn’t seem to cut it.

There were 13 other finalists including the Acropolis of Athens, Angkor Wat, Hagia Sophia and the moai of Easter Island.

Kia and I have visited Angkor Wat and the moai on Easter Island and we loved both experiences. Angkor Wat is breathtaking and features several impressive structures which alone are more remarkable than Christ the Redeemer.

The moai are every bit as iconic but far more impressive given that they were erected over 500 years ago. Moreover, our trips to these destinations were far more experiential.

Visiting Christ the Redeemer: THE ESSENTIALS

What: Visiting Christ the Redeemer in Rio.

Where: Rio de Janeiro, Brazil. Opt for a hostel in Copacabana. We struggled at Rio Deal B&B but anything with a score of eight or more usually suffices.

When: Rio is great year round. The infamous Rio Carnival takes place in February or early March and is a great time to experience the city’s energy – but will of course be more expensive and crowded.

December sees the most rain while temperatures soar from January to March. For gentle temperatures and fewer crowds, visit in May, June, September or October.

How: We had only two days in the city so booked the ‘Big Dude Tour’ with Brazil Expedition, a hassle-free way to see the city. The tour takes in a number of sites including Christ the Redeemer, Escadaria Selaron stairs, Tijuca National Park and lunch in Santa Teresa (meal not included in the price).

The tour includes pickup and drop off and offers the option to be dropped off at Sugarloaf Mountain. Prices are $55 USD per person.

Email info@brazilexpedition.com for bookings. You can fly into Rio from most major airports around the world. Book via skyscanner.net.

Brazil is covered in depth in Lonely Planet Brazil.