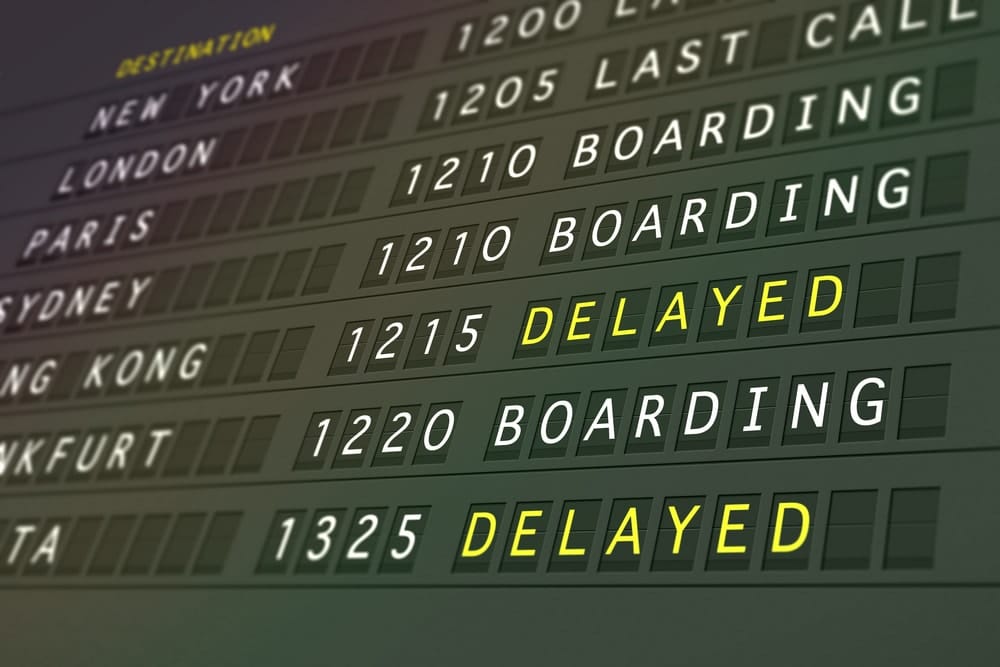 Recent travel chaos has left many out of pocket, but you might be entitled to compensation for flight delays

We grumbled and we groaned and resigned ourselves to the extra expense. It was only a few months later when talking to a friend that we discovered we were entitled to compensation – a whole £420 between us.

Fast-forward nearly 10 years and we’re en route to Heathrow Airport when we receive a text informing us our flight to Norway has been cancelled – yet another in the recent travel chaos that’s swept the UK’s transport hubs. We were rerouted, delayed for six hours and subsequently missed our connecting flight. Fortunately, we have learnt our lesson and have already applied for compensation.

If you’ve been on a flight that was delayed by more than three hours (or cancelled), you might be entitled to compensation for flight delays too depending on the circumstances.

How to claim compensation for flight delays

1. Look at the ‘Questions’ section below and make sure you can answer yes to all the items within. If so, continue to step 2. If not, I’m afraid it’s unlikely that your claim will be successful.

2. Search online for the airline’s complaints department and send them a letter using this free online reclaim tool from the excellent moneysavingexpert.com.

Make sure you include the passenger name(s), your address, contact details, flight details (booking ref, flight no, departure airport and destination airport), flight length (check here) and your flight receipt – plus any supporting documents if you have them (boarding passes or tickets).

3. If the airline tries to wriggle out of it, complain to the Civil Aviation Authority.

Was it an EU flight?

Flight delay compensation rules haven’t changed since Brexit. The critical piece of legislation is EU regulation 261, which has remained the same following the end of the Brexit transition period. The British Government has written EU261 into UK law.

Was it the airline’s fault?

Compensation is only payable if the delay or cancellation was caused by the airline. So, for example, bad weather, industrial action, political problems, safety issues, technical issues caused by the plane manufacturer or air traffic management decisions count as ‘extraordinary circumstances’ which absolve the airline of any liability.

If, however, the delay was caused by a late crew or pilot, a cancellation due to under-booking, technical problems caused by the airline or failed safety checks, then they will be liable. See a fuller list of extraordinary circumstances.

Was the delay over three hours?

Compensation is payable only on delayed arrivals of three hours or more. This means that if you left three hours late but made up 5 minutes in the air, landing 2 hours 55 minutes late, you will not be entitled to compensation; it’s arrival time that matters. The amount of compensation depends on the distance flown and length of the delay:

Was the delay/cancellation after 2007?

Flights after February 2005 qualify for compensation but airlines might get a bit sneaky with pre-2007 claims as they can’t be taken to court over them due to the statute of limitations.

Travel insurance should cover any costs incurred from cancelled flights up to around £3,000 or at least the cost of the holiday. We have used several providers over the years and are now covered by an annual multi-trip policy from Heymondo. The policy covers us for theft, medical expenses up to $10m USD, cancellation and Covid-19 coverage.