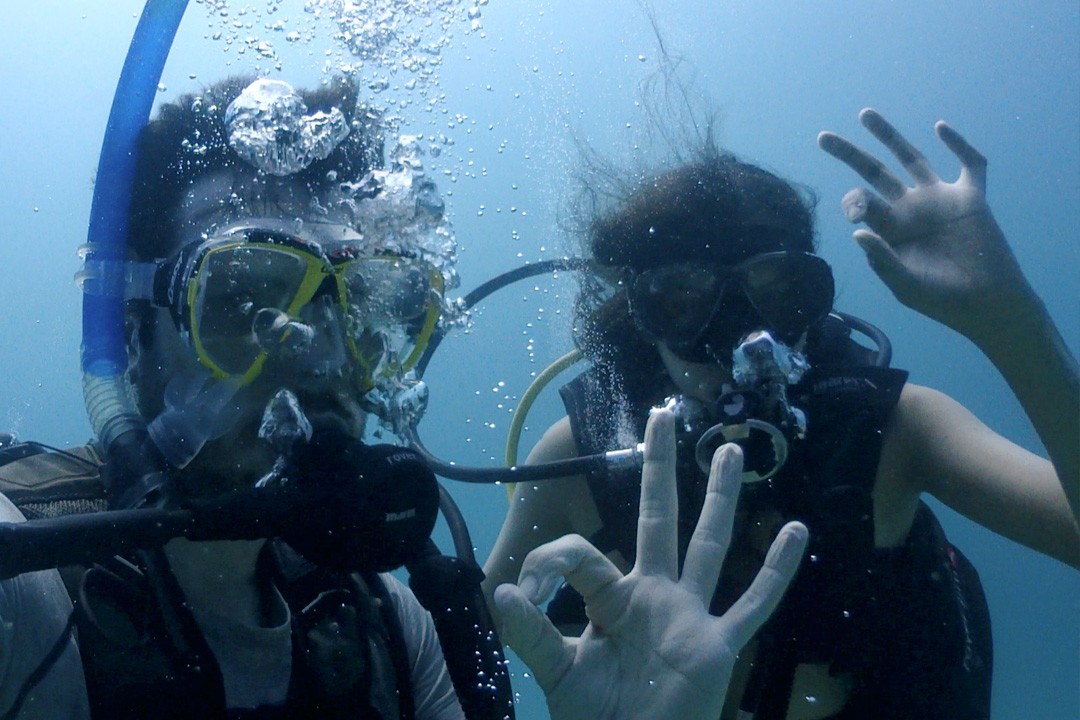 Diving in Djibouti doesn’t appear on many bucket lists, but as we learn on our trip to the country, it can be even better than Mauritius or Tahiti

Djibouti, it is said, is the Dubai of the Horn. Its port location and peaceful nature in an otherwise restive region has made it a prime location for foreign interest. The country is home to Africa’s largest US army base and France’s biggest Foreign Legion deployment. China, Japan, Italy, Germany and Spain among others also have soldiers stationed there.

The military presence has garnered Djibouti a reputation for safety, but also bred a rather anodyne ambience. It is less ‘hedonistic playground’ and more ‘decorous fun’. There are no bikinis and heels on the streets like Miami, or merry drunks like you might find in Dubai. Even photographing a public building might incite a rebuke – as happened to Peter on day two.

I was excited (and nervous) about my first ever wreck dive: Orchard Reefer, an enormous 135m-long cargo ship at a depth of 10m to 28m. The ship sunk in 1975 after an explosion in the engine room. Today, it lies on its port side near Moucha Island, 9km from Djibouti City.

We had hoped to dive a wreck a few months earlier at Trou aux Biches in Mauritius, but conditions hadn’t been quite right. Peter has been especially keen since diving Juno wreck, a small ship in Samoa. The prospect of exploring a proper wreck had us both thrumming with delight.

Our arrangements were fairly last-minute, so we were pleased when Dolphin Excursions managed to arrange a dive in time. We met our divemaster, an Australian named Sarah, and her trainee, Kelly, early in the morning on Port de Pêche (Fish Market and Harbor), 2km from the centre of town. We were joined by Chris, a contractor stationed at the US army base. We didn’t ask nor did he volunteer what kind of contracting he does.

Sarah briefed us on the dive, putting me at ease with her friendly, professional manner. Given the warm temperature of the water, we would be diving in Djibouti without wetsuits. This helped immensely since half the battle of diving is getting in and out of those blasted things.

I grabbed 4kg worth of weights and strapped them around my waist, debating whether or not to take one more. Blessed with a rather ‘buoyant’ bum, I frequently need more weights than one might guess from my size. I decided to stick to the four and pulled on my BCD and tank.

I chose to roll backward into the water instead of assembling my gear in the sea. I’m not a water baby, so manoeuvring a heavy canister onto my back in the water is never my first choice. We took a few seconds to conduct our checks before we began our descent.

After a quick pause to equalise, I found that I couldn’t descend any further. That bloody bum. Luckily, Sarah had brought extra weights and slipped one in my pocket. Later, as my tank emptied, she would have to give me yet another.

I joined the group and we began our dive in earnest. We approached Orchard Reefer, a ship so large it’s hard to discern that you’re swimming along a deck and not a natural wall studded with barnacles.

As we glided along, we came to a rupture in the deck that bore straight through the hull. Set upon by age and decay, the crack was a few metres wide. Sarah slipped through and I followed, feeling completely stunned.

Threaded rope fanned like tentacles while giant sheets of metal groaned and strained beneath rust and coral. Clusters of batfish observed us inquisitively while glassfish and snappers danced by. This felt truly otherworldly.

After ample time exploring, we crossed the hull and emerged through the crack on the other side. We then circled back to the stern and prepared to ascend.

Soon, we surfaced, thrilled and victorious. Our experience of diving in Djibouti was just as special as that in Mauritius. The visibility wasn’t quite the same, but the experience itself was one of our best underwater.

We broke for lunch before our second dive, this time at Masakali reef where we saw more batfish, a friendly lionfish, and even a great big ray sweeping across the seabed.

The sealife was impressive, but I’ll remember diving in Djibouti for the wreck. After swimming through tunnels in Blue Bay, Mauritius, and now with a wreck under my belt, I’m finally feeling more confident underwater.

Of course, the problem with diving is that as soon as you get comfortable again, it’s time to go home after which you likely won’t dive for another six months. Maybe it’s better this way as we don’t become complacent. Not that I can imagine ever being complacent about breathing underwater. I’ve been diving for three years now and I’m never less than awed and delighted. I doubt that feeling will ever go away.

Diving in Djibouti: the essentials

What: Diving in Djibouti including the wreck of Orchard Reefer and Masakali reef.

The Residence is close to restaurants, shops and amenities including Pizzaiolo down the road which does a great blue cheese pizza – though be warned that prices for both food and accommodation are high in Djibouti so do adjust expectations accordingly.

When: The best time to visit Djibouti is Nov-Jan when whale sharks make their annual visit and the weather is cooler. The shoulder seasons of Oct and Feb-Apr are also good times to visit for diving. May-Sep is extremely hot.

How: We went diving in Djibouti with Dolphin Excursions. Our divemaster, Sarah, was excellent. In fact, she was one of the most professional divemasters with whom we’ve dived. We felt thoroughly briefed and completely confident that we were in good hands. Book your dives via Mathew: divedjibouti.com, info@divedjibouti.com.

Djibouti is a small country which means it’s fairly easy to get around. Taxis from the airport charge set fares to hotels in the city (approx 2,000 DJF / $11 USD). Check the board outside the airport to make sure you don’t get overcharged. Some hotels operate free shuttles, so check beforehand.