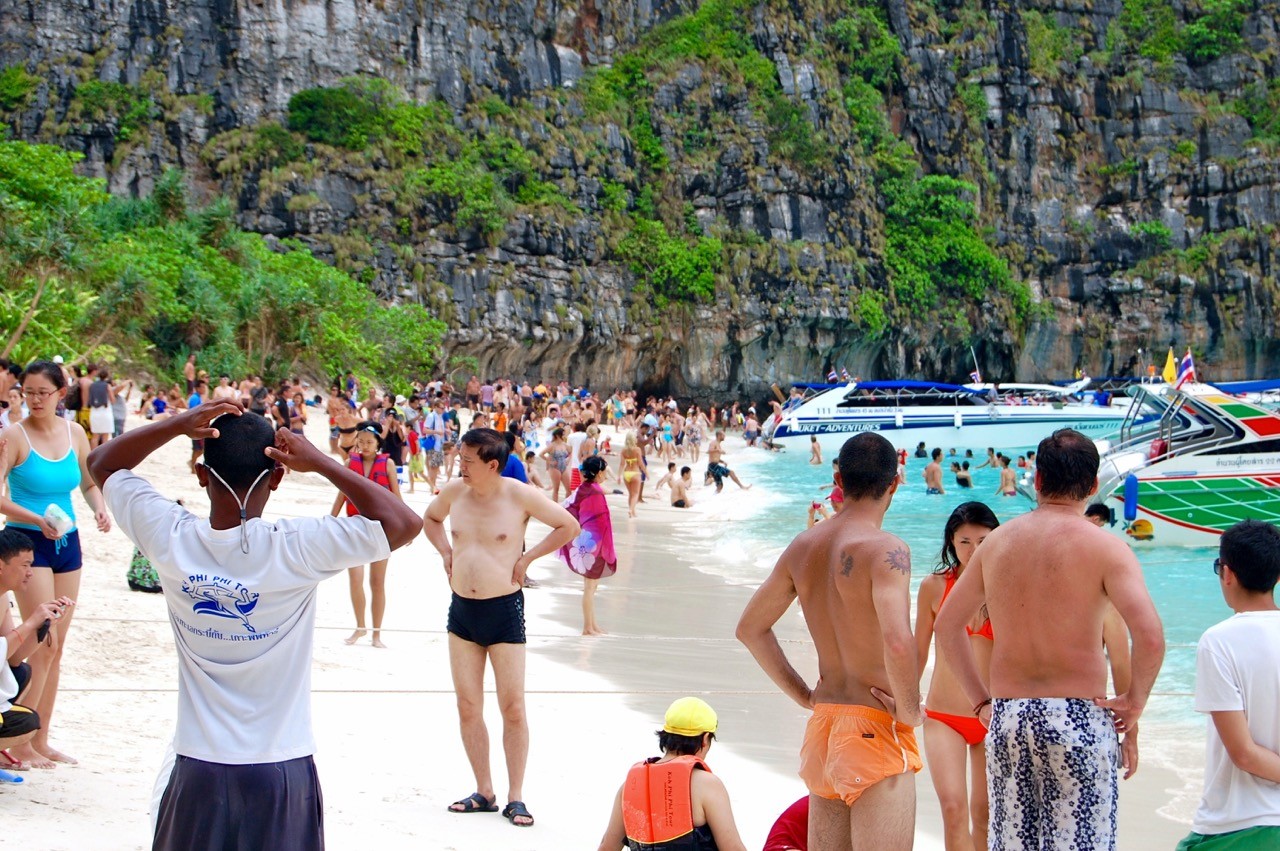 We’d just arrived in Marrakech and popped out to walk the central square when a man approached us with a chained monkey expecting money for a photo. We didn’t really want a photo of a chained monkey so politely declined, invoking the above reaction. Charming.

One could say this is an isolated example, but I’m not alone in finding Marrakech a bit aggressive and soulless: just ask your friends that have been, read the opinion of travel writers, or do a quick Google search. Some will share equally confrontational experiences with Marrakech’s traders while others will extol its virtues.

I should say that Morocco as a country is not as divisive. Personally, I loved my time in Essaouira, Merzouga and the rest of the southeastern desert. My belief and the general consensus online is that Marrakech doesn’t reflect the rest of Morocco.

Israel is the embodiment of controversy and continues to be one of the world’s most divisive destinations, Let’s avoid a history lesson here and assume that most will know the basics when it comes to the Middle East debate and Israel’s embroilment. Very few can remain neutral towards Israel’s somewhat questionable if not downright aggressive foreign policies.

It’s probably safe to assume that most of Israel’s immediate neighbours are not so keen on the place as a holiday destination. Europe and the rest of the world, however, are more divided.

Over three million tourists visit Israel every year with Jerusalem, Tel Aviv and Eliat among its popular destinations. Some will find this difficult to digest what with Israel having forcibly occupied land in Jordan, Syria, Lebanon, Egypt and Palestine.

I’ve never been to Vietnam and was unaware of how contentious it is among travellers. After reading travel blogger Nomadic Matt’s article and the 300 (and counting) comments that follow, I can see why it could be tiresome or even troublesome for some visitors – particularly Americans.

Matt makes a convincing argument, explaining that he struggled with hostility when it came to paying for services and goods. He suggests that this could stem from the difference between luxury and backpackers travellers:

“Vietnamese are taught that all their problems are caused by the West, especially France and the U.S., and that Westerners ‘owe’ the Vietnamese. They expect Westerners to spend money in Vietnam, so when they see travelers trying to penny pinch, they get upset and thus look down on backpackers and treat them poorly.”

Maybe if you have deep pockets, you’ll have a whale of a time…

Too touristy? Too seedy? Too loud? Too many hippies trying to find Alex Garland’s beach? Too many 50-something white guys with 20-something Thai girls?

Arguably, Thailand is guilty of all of the above and I have to admit that I did not fall in love with the country when I visited in 2011. I enjoyed Southeast Asian countries such as Cambodia and Malaysia far more than I did Thailand.

Thailand is a magnificent country that boasts eye-wateringly beautiful landscapes, but years of pandering to the hoards of tourists “searching for themselves” have taken its toll on the country’s locals as well as its vista as a whole.

These two cities rise from the desert on opposite sides of the world. Each springs from vastly differing cultural backgrounds with a similar end result.

They are completely unnatural, completely incongruous with their surroundings, and arguably two of the most debauched cities in the world, revelling in excessive indulgences be it gambling or just rampant consumerism.

That said, these two cities do boast impressive skylines and what they lack in culture and history, they make up for in pure entertainment. Plus, they are making history whether you like it or not.

Over 8,000 people have summited Mt. Everest since Sir Edmund Hilary and Sherpa Tenzing Norgay first conquered the mountain in 1953. Thousands more have tried and to add to that, hundreds more have died trying – many of whom still lie buried on the mountain.

Is it environmentally sound for so many to descend (ascend?) upon the mountain every year leaving their rubbish, their waste and their deceased on the mountainside? For that matter, is it ethically sound with a further 16 dead in 2014?

Recently, talk of over-crowding, dangerous ‘traffic jams’ at 8,000 meters, excessive littering and massive brawls at basecamp have all made headlines.

Either way, I’d love to add my name to the list of summiteers – does that make me a bad person?

In 2012, over three million Muslims made the pilgrimage or Hajj to Mecca in Saudi Arabia. This was a record year, and numbers have been steadily rising for decades with well over two million expected every year. The Hajj itself is not the controversy here; it’s Saudi Arabia’s horrendous human rights record.

Corporal punishment is still prevalent and includes flogging and amputation for “crimes” such as adultery, as well as sexual deviance and robbery. Capital punishment is administered and can be carried out by beheading with a sword, stoning or firing squad, followed by crucifixion.

Women face discrimination in almost every aspect of life, freedom of religion is non-existent as is political freedom, and god help you if you’re gay!

Granted, it’s not a traditional tourist destination, but the fact remains millions visit it despite its many vagrancies, some which surely subvert the teachings of Islam.

The list of controversial countries could well go on.

Burma after years in the darkness is finally working its way into the light thanks to Aung San Suu Kyi, but still manages to divide opinion after years under a military junta. If you’re American, then Cuba could well be on this list. If you’re not, then you probably came out of the Cold War with the rest of the world.

And what of the world’s superpower destinations? China executes thousands of its own people each year, and the USA has the highest gun ownership rate in the world (an astonishing 88 per 100 people), not to mention its own propensity towards capital punishment. Both of these are arguably some of the world’s most divisive destinations and yet continue to pull in hordes of tourists year after year.