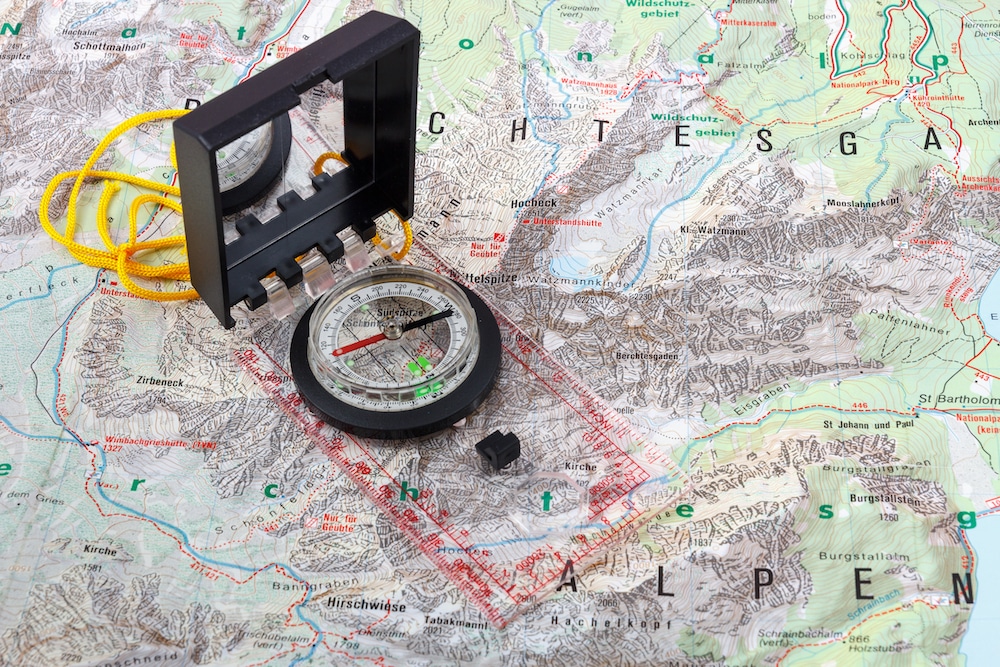 As a schoolboy, I was lucky to learn how to use a compass and map. I then spent the best part of two decades putting these basic skills to use throughout the British countryside, without ever really having them tested.

It wasn’t until a white-out on top of Scotland’s Ben Nevis during a winter mountaineering course that I really learnt how critical these skills are. Luckily for us (or rather thanks to the course’s well-planned itinerary), we had spent the previous day refreshing our navigation skills in a less hostile environment.

Atop the stony plateau of Britain’s highest mountain, amid terrible weather, unable to see more than a metre or two ahead, my team and I were able to navigate our way off the mountain safely and avoid wandering down one of its infamous and deadly gullies.

It had been a thrilling day, but I was very grateful for the refresher day building on what I’d first learnt as a schoolboy many years prior. These skills even come in use when navigating underwater – largely, the same rules apply.

How to use a compass and map

With this in mind, I’ve written the below guide on how to use a compass and map. This should be enough to get you started and, with a little bit of practice, give you confidence on more adventurous expeditions.

First things first, you need to know the different features of the compass and their purpose.

North is north, right? If only…

Over short distances the following is not so important as it will make little difference. However, there is a difference between magnetic north on the compass and grid north on your map.

This varies in different areas of the world, so depending on where you are and the distance you are covering, be prepared for it to affect your navigation.

There are in fact three different Norths!

The needle on your compass always points to the magnetic north. Information about this ‘magnetic declination’ is usually printed on hiking maps such as Ordnance Survey’s, which will tell you how much to account for.

In most of the UK, the difference is roughly two degrees, so you should adjust your compass by turning the bezel anticlockwise two degrees. You may wish to mark this point with tape or a marker.

In some parts of the world the difference can be as much as 20 degrees. Make sure you know the magnetic declination in the area you’re hiking and if your map doesn’t have it, get a better one!

Uses of a compass

There are four main uses for a compass:

This comprehensive series of videos from Ordnance Survey on how to use a compass and map and other aspects of navigation is one of the best I’ve seen.