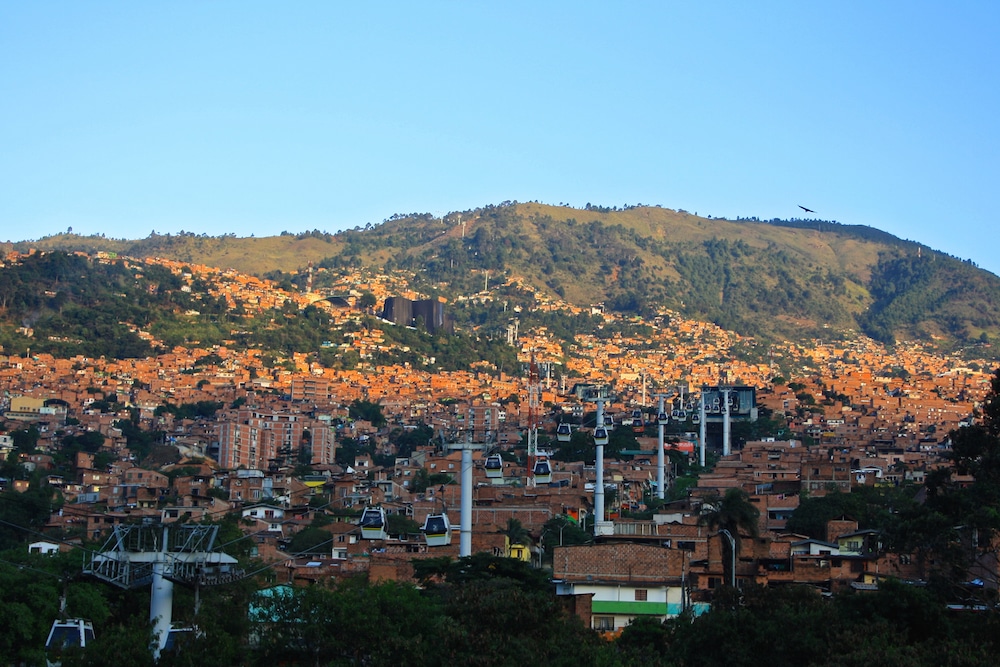 In 1991, there were 17 murders every day in Medellin, Colombia, making it the murder capital of the world. The hunting ground of notorious drug lord Pablo Escobar, Medellin was rife with violent crime and corruption.

You can understand why then my family were concerned when I told them I’d be spending a week there. As if a month in Colombia wasn’t enough to give my mother palpitations, I was now visiting what was once the most dangerous city in the world.

Of course, ‘was’ is the operative word here. Since the days of Escobar, Medellin has undergone a renaissance. From engaging art on Botero Plaza to trendy cafes on El Poblado, Medellin has flowered into a vibrant, thriving city with interesting culture and a colourful history.

At the core of its resurgence lies a rather prosaic catalyst: the city’s slick and efficient subway system. Opened in 1995, it has become the heartbeat of the city, giving residents a gateway to better jobs, interesting social activities and an overall higher quality of life.

To the outsider, there’s little doubt that the city has flourished post Escobar and yet its most notorious son still divides opinion. Every resident over a certain age has an opinion on Escobar. He has left such an indelible mark on the city’s heritage that over 20 years after his death, his legacy is still debated on the corners and cafes of Medellin streets.

Some Paisas (Medellin natives) see Escobar as an audacious anti-hero, subverting authority in his bid to build the world’s most powerful drug empire. Certainly, there is something seductive about rebellion and the wilful disregard of rules, as so deliciously proven by films like The Godfather where the audience roots for villains without conscience.

Escobar’s already legendary status is only burnished by the fact that he bought homes for entire communities when home ownership was a mere dream for most Colombians. More outrageously, he reportedly offered to pay Colombia’s national debt of $10 billion in order to escape the crosshairs of justice. His biggest fear was extradition to the US and most famous quote, “I would rather have a grave in Colombia than a jail cell in the US.”

Of course, the Godfather-cum-Robin-Hood figure is only one side of the story. Some argue that Escobar is the most damaging thing to have happened to the city. At the height of his reign, there were over 120 Colombians being murdered every week and up to 15 tonnes of cocaine smuggled through his country’s veins every day. Escobar bled his country to live like a king, claim his critics. He had little disregard for human life and worshipped only money, they say. Even in incarceration, he lived a life of indulgence, bribing guards to build his own luxurious private prison.

Gunned down by police in 1993, Escobar arguably repented little for his crimes. Those affected by his cartel refuse to speak his name out loud, referring instead to ‘Colombia’s famous criminal.’ Hernán, our guide on the Medellin Walking Tour told us that this is in part for fear of public reprisal: “If you speak his name to a tourist, some Paisas may think you’re praising him and be angry with you, and some may think you’re criticising him… and be angry at you.”

Both camps, divided as they are, are united in one pursuit: their quest to show that their city is safe, thriving and cosmopolitan now – not because of blood money but innovative schemes from inspired leaders. If Medellin can recover, so too can Colombia is the message.

Hernán ended the tour with stirring words: “Your parents, your friends told you not to come to Colombia but you did. Every person that comes to Medellin, to Colombia, is helping. You are part of our history. You are part of the changing of the story. Thank you.”