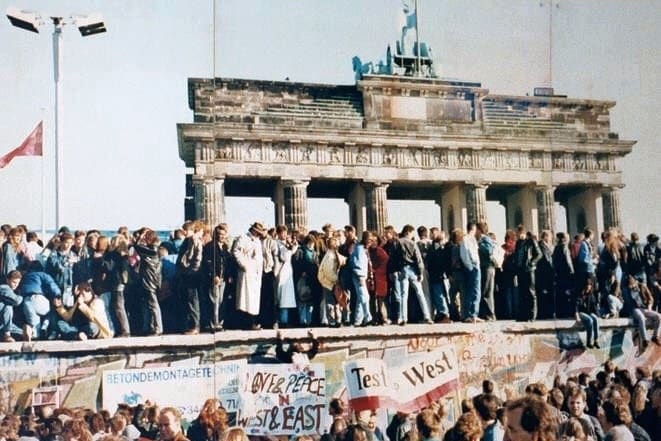 Our travels are shaped by history. It dictates where we can and can’t go and has done so for explorers of centuries past. Major events throughout history have changed and defined the world we inhabit and explore today. Here, we take a look at some of the days that shook the world, creating notable and lasting effects that are still felt and seen today.

This is, of course, a theoretical event. However, around 66 million years ago there was almost certainly a mass extinction of about 75% of plant and animal species on Earth. This may or may not have been a giant asteroid striking the Yucatán Peninsula in modern-day Mexico. If it was, then that day wiped out nearly all of the dinosaurs in such a (geologically) short period of time that it ushered in the Cenozoic Era that we (humans) enjoy today. It literally shook the world and paved the way for humanity.

It’s estimated that 54% of the world’s population (3.8 billion people) consider themselves adherents of one the Abrahamic religions – mainly Judaism, Christianity and Islam, as well as various other smaller religions. Abraham was born in Ur in Babylonia and one day came to believe that the entire universe was the work of a single Creator. Thus, Judaism was born. And then Christianity. And then Islam. For better or for worse, these religions have influenced so many of the world’s civilised societies and been the basis for countless conflict throughout humanity’s history.

The Mongol warrior Batu Khan was about to seize Vienna and demolish the Holy Roman Empire. Thirteenth century Europe was about to collapse. But the death of Ögedei Khan, the second Great Khan of the Mongol empire, forced Batu Khan to return to Mongolia to decide who would be rightful the heir to the Empire. Had Ögedei Khan died just a few months or weeks later, European history as we know it would be a very different story.

Circa 1439
Invention of the printing press, Germany

Johannes Gutenberg was the first European to use movable type printing. He is widely considered to be responsible for creating a practical system that allowed the mass production of printed books that was economically viable for printers and readers alike, and opening up mass communication for centuries to come. The exact date of Gutenberg’s press is debated but without him and it, you might not be reading these very words today.

Today, Christopher Columbus gets all the glory but it was actually Señor Triana who was the first European after the Vikings to have seen America. He is reported to have shouted “¡Tierra! ¡Tierra!” (Land! Land!), informing Columbus and the rest of the crew that a new continent had been discovered. The discovery of the New World changed the Old World forever.

April 21 1503
The Aragonese beat the French at the battle of Cerignola, Italy

So what? Firstly, who the hell are the Aragonese and what’s so special about the French losing yet another military battle? Well, you see it was first battle to be won with the use of gunpowder in small arms (guns). The Aragonese (Spanish) had about a thousand arquebusiers, which were predecessors to the musket. Thanks to this, warfare would never be the same again and paved the way for some of the most destructive and bloodthirsty slaughters in history. Wonderful.

The first monarch ever to be charged with high treason and executed showed the royal world that monarchies didn’t have to be the only form of rule. Back then, democracies and parliaments weren’t as common as they are today. Instead, emperors, kings, sultans and khans were more the norm. Thank goodness things have changed, right?

An arguably dark day in British history would signify the changing of the guard, so to speak. A new nation, the United States of America, would become the most powerful and influential nation in the history of the World. The country would eventually defeat Communism, put a man on the moon, dominate global sports and give the world Coca-Cola, McDonalds and Starbucks.

The assassination of the Archduke in Sarajevo would be the ultimate catalyst for the Great War and cause the bloodiest period in human history thus far. Four years later, over 16 million lay dead across its many battlefields. The socio-political impacts were even greater as the war sparked revolutions and further conflict across an even broader sphere which would eventually lead to the greatest conflict in human history ever: World War II. The eventual cost of this day is practically immeasurable. Needless to say, things were never the same again.

It looked as if dictators and militarists may well soon rule virtually the whole world. But Operation Barbarossa, Hitler’s decision to send three million of Germany’s soldiers charging across the Soviet border, would eventually lead to Hitler’s defeat and the destruction of Nazism. Just a year earlier, Britain and thus Europe’s last defense had stood on the brink of defeat. Hitler, unaware of Britain’s deeply fragile position, began to change tactics and strategy, eventually leading to his decision to attack Russia. He wrongly believed that he could succeed where countless others throughout history had failed.

The nuclear age was ushered in the day the first atomic bomb was dropped on Japan and the world was changed forever. On August 9, a second bomb was dropped on Nagasaki. The two bombings, which killed at least 129,000 people, remain the only use of nuclear weapons for warfare in history.

In a 1965 television broadcast about the moments following the first successful atomic test, J. Robert Oppenheimer, the scientific director of the USA’s program to develop the first nuclear weapons said: “We knew the world would not be the same. A few people laughed, a few people cried, most people were silent. I remembered the line from the Hindu scripture, the Bhagavad-Gita… ‘Now, I am become Death, the destroyer of worlds.'”

If the assassination of Archduke Ferdinand in 1914 was the catalyst for nearly a century of bloodletting, the fall of the Berlin Wall perhaps signified its end. This would not be the conclusion of all of Europe’s problems, but it did usher in a new, modern era. The Cold war was over, Europe was no longer so divided and families were once again reunited. “Only today,” one Berliner spray-painted on a piece of the wall, “is the war really over.”

The images of these attacks may well define the third millennium. Four hijacked passenger airliners were deliberately flown into targets across the USA. Most notably, the North and South towers of the World Trade Center complex in New York City were destroyed. The attacks killed 2,996 people and would go on to influence foreign policy throughout the globe for years to come. The ripples of this global event are still felt today and will continue to be for decades, maybe centuries, to come.