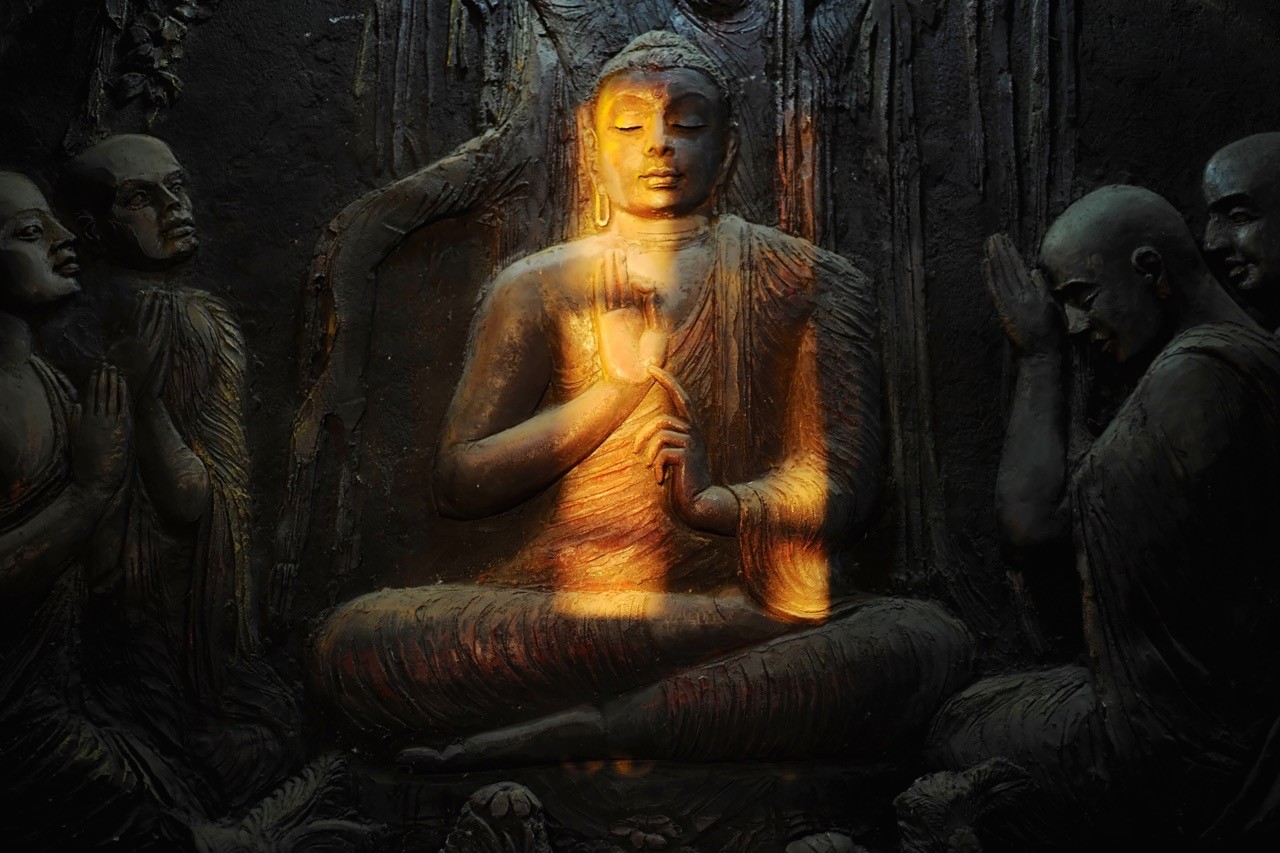 We take a look at the best things to do in Kandy, Sri Lanka’s second city and cultural capital

History and culture are on tap in the lively city of Kandy. Known as Sri Lanka’s cultural capital, Kandy withstood the Portuguese and Dutch for three centuries and was the capital of the last Sinhalese kingdom, which finally fell to the British in 1815.

The city is wedged among mist-laden hills that often leave the skies overcast. The breeze, however, usually parts the mist to reveal Sri Lanka’s famous second city, known for the great Kandy Esala Perahera festival.

One of the oldest and grandest of all Buddhist festivals in Sri Lanka, the event is held over 10 days leading up to the Nikini poya (full moon) at the end of the month of Esala (equivalent to the end of July and beginning of August).

During the rest of the year, there’s still plenty to justify a visit. Here we take a look at the 10 best things to do in Kandy, all in striking distance of Cinnamon Citadel Hotel.

1. Temple of the Sacred Tooth Relic

If you do one thing in Kandy, visit the Temple of the Sacred Tooth Relic. Located just north of Kandy Lake, the temple contains Sri Lanka’s most important Buddhist relic: a tooth of the Buddha.

Visitors can’t actually see the tooth as it’s stored in a gold casket shaped like a dagoba. Within that casket lies a series of six dagoba caskets, each of diminishing size.

The complex also houses a network of other temples and museums including the Sri Dalada Museum with its spectacular array of gifts and donations.

Avoid visiting on Poya Days or other public holidays as the temple becomes extremely crowded, making it difficult to move let alone see the exhibits!

The Ceylon Tea Museum is an essential stop for anyone who’s a fan of a cuppa. The beautifully restored 1925-vintage factory is located 4km (2.5mi) south of Kandy. There are exhibits on tea pioneers James Taylor and Thomas Lipton which sit alongside various tea-processing paraphernalia. And at the end of your tour, there is of course a lovely cup of tea included in the entrance fee of LKR 800 ($5 USD).

Although the National Museum of Kandy suffers from poor layout, low lighting and mislabelling, the sheer number and range of artefacts make up for its shortfalls.

There are over 5,000 artefacts in total consisting of weapons, jewellery, tools and other objects from the Kandyan era (17-19th Century) and post-British Colonial era. Particularly interesting is the copy of the 1815 agreement that handed the Kandyan provinces over to British rule.

To the north of the lake and Temple of the Sacred Tooth Relic is Udawattakele Sanctuary, a dense forest famous for its twisting trees, birdwatching and hoards of swinging monkeys.

About 80 bird species have been recorded in the sanctuary, several of which are endemic to Sri Lanka. The park also offers panoramic views of Kandy, the lake and the Temple of the Sacred Tooth Relic.

Sri Wickrama Rajasinha, the last ruler of the kingdom of Kandy, created this artificial lake in 1807. Today, nearly all of Kandy’s major landmarks can be seen from the shoreline.

It’s worth taking a couple of hours to wander the 3.5km (2.2mi) pathway along the lake shore. There are numerous spots to pause, take a seat and watch the city drift by.

The whitewashed giant statue of Bahiravokanda Vihara Buddha is one of Kandy’s most notable religious monuments. The 26m (88ft) statue is located on a hill and can be seen from almost anywhere in the city.

Bahiravokanda translates as ‘devil’s hill’ so don’t be surprised by the challenging climb up!

For those who would like to know a bit more about the world’s fourth largest religion, the International Buddhist Museum does a good job of making sense of it all. It contains hundreds of photographs, models and displays illustrating Buddhism around the world.

Note that the museum is within the Temple of the Sacred Tooth complex and can only be accessed via the temple.

The British Garrison cemetery, which is a short walk uphill behind the National Museum, was for British nationals who died in Sri Lanka during British rule. The cemetery contains 195 graves of men, women and children. Sadly, it’s unusual to see a grave for a person over the age of 40. The most common causes of death were tropical diseases such as malaria and cholera.

About 5km (3mi) out of town, on the banks of the Mahaweli Ganga river, is the Kandy War Cemetery, a British military cemetery for soldiers who died during World War I and II. There are 203 buried comprising 107 British, 35 East Africans, 26 Sri Lankans, 23 Indians, six Canadians, three Italians, one Frenchman and two unidentified persons.

We took a leisurely boat ride along the Mahaweli Ganga. Sri Lanka’s longest river starts in the mountains and hill country around Kandy and drains to the Bay of Bengal in the northeast of the country near Trincomalee.

The river offers excellent opportunities for birdwatching as well as spotting water monitors and other amphibians and reptiles slipping in and out of the water. Organise a trip through Cinnamon Citadel Hotel.

By far the largest and most impressive botanical gardens in Sri Lanka, these beautiful grounds were once reserved exclusively for Kandyan royalty. Today, anyone is allowed in.

The giant Javan fig tree on the great lawn steals the show, but the gardens are also renowned for their fine collection of orchids along with more than 4,000 species of plants.

The gardens are located in Peradeniya about 6km (3.7mi) from the city centre. Bus 644 (LKR 15) from Kandy’s clock-tower bus stop goes to the gardens and takes around 20-30 minutes. Alternatively, you can organise a transfer through your hotel.

Things to do in Kandy: The Essentials

What: The top 10 things to do in Kandy, Sri Lanka.

Where: We stayed at Cinnamon Citadel Hotel on the banks of the Mahaweli Ganga river. High up in the hill country, beside a quiet bend in the river, Cinnamon Citadel offers a welcome calm after a day in Kandy’s bustling center 15 minutes away.

We spent our evenings lazing by the pool or gazing at the view from our spacious balcony: a gentle river set against lush hills shrouded in varying degrees of mist. Here, amid minimalist interiors splashed with vibrant tones of red and traditional Kandyan art, you are very much aware that you’re in Sri Lanka, the land of epic tales and ancient kings.

The grounds themselves are lovely. Tranquil gardens surround the outdoor pool overlooked by the hotel’s two restaurants. Panorama serves an international menu (but the delicious Sri Lankan buffet is hard to resist) while Café C offers romantic à la carte dining. The rooms are spacious, stylish and comfortable. Highly recommended.

How: Kandy is well connected and one of the easiest destinations to reach in Sri Lanka. The city is a 3.5hr drive from Colombo or a 3hr drive from the international airport. Many visitors choose to go directly to Kandy from the airport and finish at Colombo on their way out.

There are multiple train connections from Colombo to Kandy (check timetable here) taking from 2.5 to 4 hours depending on the service. Prices are as follows.

There are train connections to Anuradhapura and Jaffna in the north, Trincomalee and Batticaloa in the east, as well as connections to other hill country towns such as Ella and Badulla.

There are also several bus services available from Colombo and other major destinations but the train is a far more enjoyable experience. We found bus travel to be quite stressful in Sri Lanka so you may wish to take a transfer instead. Your hotel can arrange this but it’s always worth negotiating a discount as these are usually inflated (e.g. if quoted 15,000 LKR, ask for 11,000).