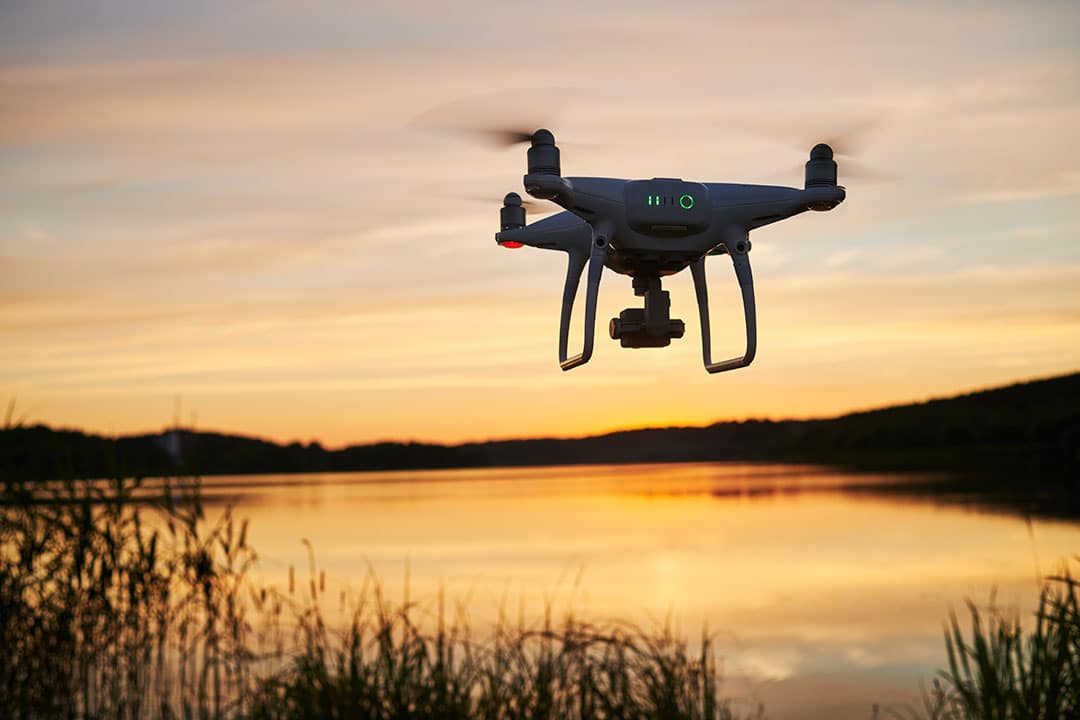 Drone operators get a bad rep, arguably with good reason. Pre-pandemic, near-misses with planes more than tripled in two years while irresponsible operators risked lives, closed airports and stressed wildlife – all in pursuit of a video clip.

We certainly understand the appeal. We’ve marvelled at sweeping shots of dazzling landscapes, but we’ve also seen the less palatable side of this lofty pursuit. We’ve seen operators get too close to people and animals and act inconsiderately in quiet places.

Our guide to drone etiquette will help you secure your shot without endangering yourself or others.

When you first receive your drone, it can be tempting to unbox it and head straight out to test its limits. This is a mistake and will most likely result in a crashed, lost or damaged drone.

Instead, practise using the controls in an indoor setting until you know your drone inside out. Only then will you be equipped to deal with variables such as wind speed, weather, birds and anything else that nature will throw at you.

2. Keep your drone in sight

Legally, you cannot let your drone leave your sight. In the UK, this means it cannot exceed 120m (400ft) in altitude or travel further than 500m (1,640ft) away from you horizontally.

This is one of the most important basics of drone etiquette as it minimises the chances of your drone running into other flying objects – natural or otherwise.

It is intrinsic that you stay well away from aircraft, airports and airfields when flying a drone. Stay at least 5km away from the edge of flight restriction zones.

Always be proactive in determining local laws and restrictions. You are responsible for your drone. If it puts an aircraft at risk, you could be prosecuted and sentenced to up to five years in prison.

4. Don’t fly near people or property

Do not fly over large crowds. In 2015, a drone crash landed at the US Open. Luckily, it did not injure anyone but the drone operator, a teacher, was arrested and charged. The incident also left the tennis players shaken, one of whom thought the drone was a bomb. Consider how your actions might impact others.

5. Be aware of your surroundings

Before you begin your flight plan, observe your surroundings. If there are people close enough to hear your drone, read their body language. Do they seem threatened, annoyed or uncomfortable? If so, consider introducing yourself and explaining your flight plan.

Often, it’s not the drone itself but the prospect of a stranger flying it near them and their family that makes people uncomfortable.

If you are in an especially scenic spot, try to keep your flight short. You don’t want to mar the view for others who have come to enjoy it.

Some observers will be curious rather than concerned. In this case, they may approach you to ask questions about your drone. How much was it? Have you ever crashed it? How high can you fly it?

If you are mid-flight, do not let them distract you as this could result in a crash. Keep your eye on your drone, smile and say ‘I’d love to chat but I’m working on a project and would hate to crash! If you’re around later, please do come and say hi.’

Keep your tone polite. Drone operators already have a dubious reputation and you don’t want to add to that.

7. Be mindful of animals

One of the most important factors of drone etiquette is to be mindful of animals, both in the sky and on the ground. Never get close enough to worry wildlife. Be aware that stress may not always manifest externally.

In a 2015 study, most black bears did not run away or react in obvious ways to drones flying overhead, but their heart rates spiked dramatically (from 41 beats per minute to 162 beats per minute). Be mindful of how your drone might be affecting animals, not only large ones on the ground but tiny ones you cannot see (e.g. bees and other flying insects).

8. Stay away from disaster zones

Keep your drone away from disaster zones, be they dramatic wildfires or sprawling tsunamis. Drones can distract rescue workers, put rescue aircraft in danger and create more damage if they crash or get lost.

Download a drone safety app for the country you are in if one is available. In the UK, Drone Assist provides an interactive map of airspace used by commercial air traffic so that you can see which areas to avoid.

The app also shows ground hazards that may pose risks and allows users to share their drone flight location with others, helping to reduce the risk of a drone related incident in UK airspace.

Drone laws are evolving so, again, be proactive in seeking out and understanding the current law in a given country.

For example, if you will be flying a drone over 250g in the UK, you must pass a drone test and register with the CAA. There are likely to be similar laws in other countries, so consult the authorities.

Do not get complacent. In 2019, a British-Australian blogger was arrested in Iran for allegedly flying a drone without a license. Failure to fly responsibly can result in criminal prosecution in far more lenient countries, so always check local laws and seek permission where necessary.