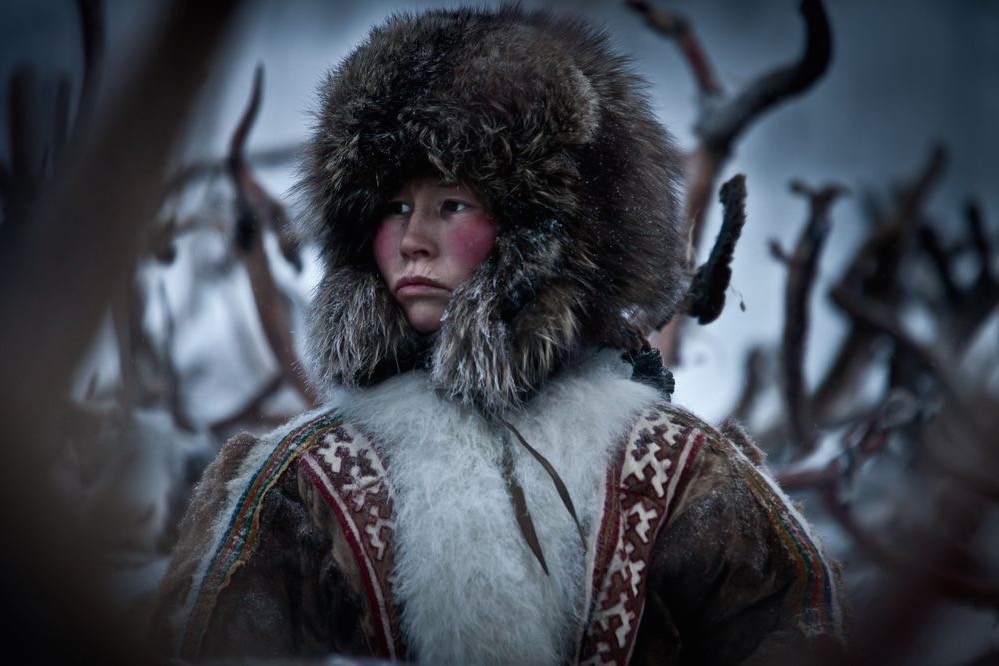 At Atlas & Boots, we have photographed some incredible landscapes, from the crackling blue ice of Perito Moreno glacier to the mythical moai of Easter Island. What we’re less good at is photographing local people.

This may be rooted in an article I once read which asked how we in the west would feel if someone stopped in the street to snap a picture of us or our children and then walked off without saying a word.

Clearly, we would find this intrusive. And yet the field of portrait photography flourishes with sumptuous pictures of nomads and tribespeople gracing every issue of National Geographic and the like.

So – what’s the secret? How is it that some photographers seem to get under the skin of a community and come away with such stunning photos? We speak to a number of experts about photographing local people and share their advice below.

“Getting outside of our comfort zone and approaching a stranger on the street is something most people consider intimidating. So my tip is: don’t do it. Don’t approach people on the street.”

“What you should do is move from being an observer to being a participant – a participant of a local experience that involves people,” says Oded.

“On the most basic level, it is much easier to shoot portraits of market stall owners if you buy something from them,” he adds.

“In my photography workshops, I insist that we not only make good photos, but also and more importantly, have meaningful experiences in the field. For example, by swapping the hotel room for a homestay for a night or two or eating local street food as much as we can.”

By working with and talking to local people, Oded is given access to more intimate settings: “I always work with a local guide who can take us to places tourists can’t go. By just chatting with people, I find myself being offered to join their life events such as weddings, birthdays, and even funerals.”

“By being a participant, I can shoot better portraits in a way that is much more fun and meaningful than just stopping someone on the street.”

2. Learn some of the local language

As an extension of the above, try to learn some of the local language, advises documentary photographer Nick St. Oegger.

Nick, who has worked with Reuters, Le Monde and De Standaard, says: “Knowing another language is one of the most important skills you can develop as a traveller. It will only open more doors for you, allowing you to communicate with people you wouldn’t otherwise be able to.

Even if you just pick up the basics of the language in the country you are visiting, the local people will usually open up to you. Greeting someone, asking how they are, thanking them, in their own language has a way of disarming them and showing you have respect. After all, you are a guest in their country.

This has really helped me in getting people to allow me to photograph them in a country like Albania, where many are still suspicious of cameras and photographers. If you run into a breakdown of communication, just laugh it off.

People are often curious, and even if you can’t communicate with words, humans have a lovely way of getting along regardless. Kindness and a smile go a long way.”

3. Be respectful – of their time and their customs

“When shooting outdoors, everything changes very quickly. From light to the subject, nothing is as you imagine – nothing is perfect. You’re constantly fighting with variable conditions. People in everyday life never stop for a shooting. As such, never make them wait several minutes. Even a minute is a very long time for a person who you just met. Most of my portraits took a few seconds.”

It’s also important to be aware of local customs, says Marcel: “An integral part is respect, good manners, tolerance and the ability to conform to local conditions. It helps if you really want to get to know their culture and are genuinely interested.”

In taking the above photo of a Muslim woman, Marcel was aware he had to gain not only her permission but her husband’s too: “I asked the husband if I could take a portrait of his wife on street. He agreed. She is a teacher of English language and mother of two children. Then we conversed for a while about Islamic culture. I asked many questions on polygamy, covering women and extremism. He answered my questions and was very helpful.”

Travelling by yourself is a great way to endear yourself to locals and to open up lines of communication.

Photographer Lexi Novitske says: “Especially as a women I’ve found that people open up to me much more as a single traveller. They invite me into their homes, push their babies into my arms, and bond over curiosity in my cultural differences. I even remember a time when I had all the women in a tiny village in Ethiopia painting their nails with a small bottle of nail polish I brought. Being alone also helps because you’re able to have a lot more time to interact with the subjects without pressure.”

If you are travelling with a companion, make sure it’s a patient one, says Lexi. “My boyfriend makes a wonderful assistant and porter so I try to take him along,” she adds with a wry smile.

It’s nice to give something back to local people, especially when they are curious about your camera.

“If you can fit it in your luggage/backpack, invest in small Polaroid camera,” advises Lexi. “That way you can give your subjects a token instead of just taking. I typically shoot in fairly remote communities so digital transfer of photos isn’t really an option.”

Festivals and celebrations offer a great opportunity to take pictures of people when they expect to be photographed. This is a good way to get started in portrait photography. Once you gain confidence, you can graduate to more remote, rural events with more opportunity for intimate portraits.

“I try to attend festivals like the rural Nadaam at the Tsambagarav Glacier in Mongolia’s Altai Mountains, or Kumbh Mela in India,” says David Baxendale, a travel photographer who has worked with Lonely Planet, National Geographic and The Discovery Channel.

“Attending rural events gives you great opportunities to photograph nomads and religious people who may have travelled many miles to attend,” says David. “I also try and scout a location beforehand to get an idea of a great backdrop or lighting that can enhance an image. Waiting in that spot for a few hours for the right person to come along is a great technique that can give spectacular results.”

7. Hand over your camera

“There are situations where people are distrustful of cameras,” says Lexi. “Sometimes it’s a spiritual belief that the camera steals a piece of their soul, or wariness that their photo will be used against them. Yet, there is always a kid that’s curious about the camera and eager to start taking shots of his family and friends. Once a few gather around to see the images, others often are asking for photos to be taken of them as well.”

8. Don’t be daunted by rejection

“Sometimes people don’t want to have their photograph taken – I know I often don’t,” says Peter, our resident photographer at Atlas & Boots. “Depending on local conditions, circumstances and an individual’s mood you may well get rejected. It’s no bad thing and you shouldn’t let it daunt you. Thank them and put away your camera. Someone who feels uncomfortable having his or her photograph taken probably wouldn’t make a good subject anyway.”

“One of my favourite shots is of a religious man I met at a train station in Rajasthan, India,” says Peter. “When I first asked if I could take his photo, he declined. Later, he saw me talk to and shoot other local men at the station. After a while, he came over and asked if he could now have his photo taken. He spent a few moments arranging his garb and presenting the religious icons on his chest before posing proudly for his photograph.”

“Embrace spontaneity. If you see that once in a lifetime image, take it!” says Janet. “Try not to overthink or over-manipulate the scene. You may miss the moment and imperfections can be beautiful. If you’re looking for something special, try new angles – get low, shoot from above, get close to fill your frame. Let the story unfold naturally, then capture the moment uniquely; how you see it through your lens, differently to everyone else.”

Lexi underlines this point: “It’s important not be too serious over your photographing. Don’t obsess and annoy your subjects by trying to position them in the best light with the best expression. Instead, be playful. Have fun! Photograph kids doing flips, exchange clothes and play dress-up, take selfies!”

10. Decide where you stand on paying

Taking the above steps will make photographing local people much easier but there’s always a chance you will be asked to pay some money for the privilege. The ethics around this is a point of debate. Some have likened it to prostitution; others counter by asking why we don’t call it prostitution when Kate Moss poses for photographs.

In terms of our view, when we had a chance to photograph a young girl on the Uros Islands in Peru in exchange for a few sols, we declined. Treating her as a commodity felt distasteful but was this just western paternalism at play?

Deciding where you stand will make in-the-moment interactions easier. Whatever your view, it’s a good idea to keep some loose change on you in case someone asks for money retrospectively (i.e. after agreeing and posing for a photo).

Overall, photographing local people aims to capture the beauty and diversity of humans across the world. The overarching advice of our experts is to talk to people, smile at them and laugh with them. It is far easier to capture beauty when you take the time to experience it.

View more beautiful portraiture in Before They Pass Away by Jimmy Nelson, a collection of photography covering 30 remote tribes across the world.