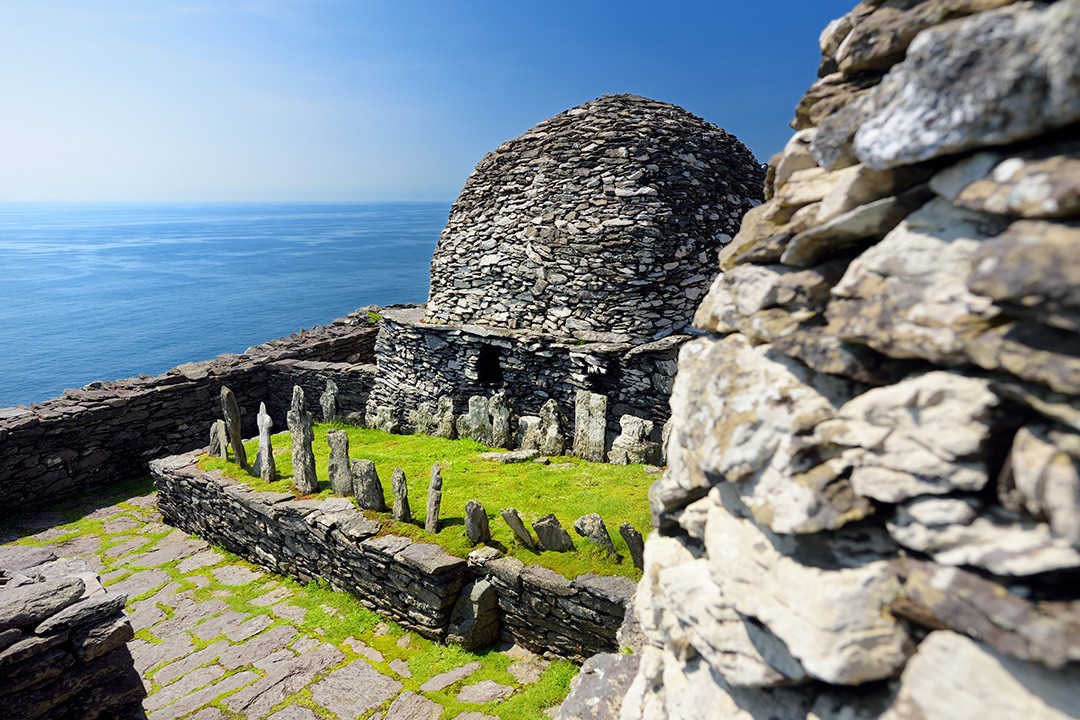 We share the most interesting facts about Ireland, gathered on a short hop to the country’s Reeks District

My latest trip to Ireland took me to an area of the country I had never visited: the newly renamed Reeks District. I spent my time hiking, kayaking, surfing and learning that there’s much more to Ireland than wild waters and high hills.

It wasn’t my first visit to the Emerald Isle. I have previously taken a city break to Dublin, spent some time during my youth backpacking Ireland and visited friends and family in County Cavan. Each time, the island lived up to its reputation: rich in history, tradition, literature and music, not to mention its charismatic and friendly people.

Over the years, I’ve picked up numerous interesting facts about Ireland. Here, I share my favourites.

1. Ireland is known as the Emerald Isle because of its lush rolling hills and vales of green. Poet William Drennan is thought to be the first to use the phrase in print, in his poem When Erin First Rose.
(Source: Library Ireland)

3. The famine was exacerbated by the actions (and inactions) of the British government at the time, leading some to suggest that the famine was essentially a form of genocide exacted on the Irish.
(Source: Irish Independent)

4. Ireland and the UK share a chequered history. In 1801, Great Britain annexed the Kingdom of Ireland under the Act of Union; in 1921, the Anglo-Irish Treaty established the Irish Free State, an independent dominion of the British crown partitioned from Northern Ireland; and in 1949, the Republic of Ireland became fully independent from the UK.
(Source: BBC)

5. Ireland has been used as a location for several famous films including Star Wars, The Princess Bride, Braveheart and Harry Potter.
(Source: Irish Independent)

6. Since the foundation of the Irish Free State in 1922, the Irish harp has been the official emblem of Ireland, not the shamrock which is more commonly used.
(Source: Irish Times)

8. One of the most well-known facts about Ireland is that Dublin is home to the world-famous Guinness Brewery. In 1759, Arthur Guinness signed a 9,000-year lease for the land.
(Source: Visit Dublin)

11. Ireland has a population of just over five million, of which over three quarters (78.3%) is Roman Catholic.
(Source: CIA World Fact Book)

12. One of the most curious facts about Ireland takes place in the town of Killorglin in the Reeks District. Here, a festival known as the Puck Fair sees a goat crowned as King Puck for three days. The Queen of Puck, traditionally a local young schoolgirl, crowns the goat.
(Source: Puck Fair)

13. Leprechauns originate in Irish folklore as a fairy in the form of a tiny old man often with a cocked hat and leather apron. The word derives from the Old Irish word luchorpan, meaning ‘little body’.
(Source: Britannica)

14. The ancestral language of Irish people is Irish Gaelic. However, the 2011 census found that 82,600 people in Ireland speak Irish outside of school (where it is an obligatory subject). The census also reported that 119,526 speak Polish meaning Irish is now the third most spoken language in Ireland after English and Polish.
(Source: Irish Census 2011)

15. The most popular sport in Ireland is Gaelic football, followed by Hurling. Both sports are native to Ireland. Collectively – along with Gaelic handball, rounders and others – the sports are known as the Gaelic games, under the aegis of the Gaelic Athletic Association.
(Source: Irish Times)

17. Halloween is derived from the Irish festival of Samhain. At the end of summer, the Celts believed the gulf between our world and the world of ghosts and spirits thinned, allowing malevolent beings to wander the Earth. Irish immigrants in the US raised the popularity of Halloween in the 19th century.
(Source: BBC)

19. Ireland is the sixth highest consumer of beer per capita in the world after Czech Republic, Namibia, Austria, Germany and Poland.
(Source: The Telegraph)

Photographer Valerie O’Sullivan captures the rich heritage and traditions of the area as well as more interesting facts about Ireland in The MacGillycuddy’s Reeks: People and Places of Ireland’s Highest Mountain Range.