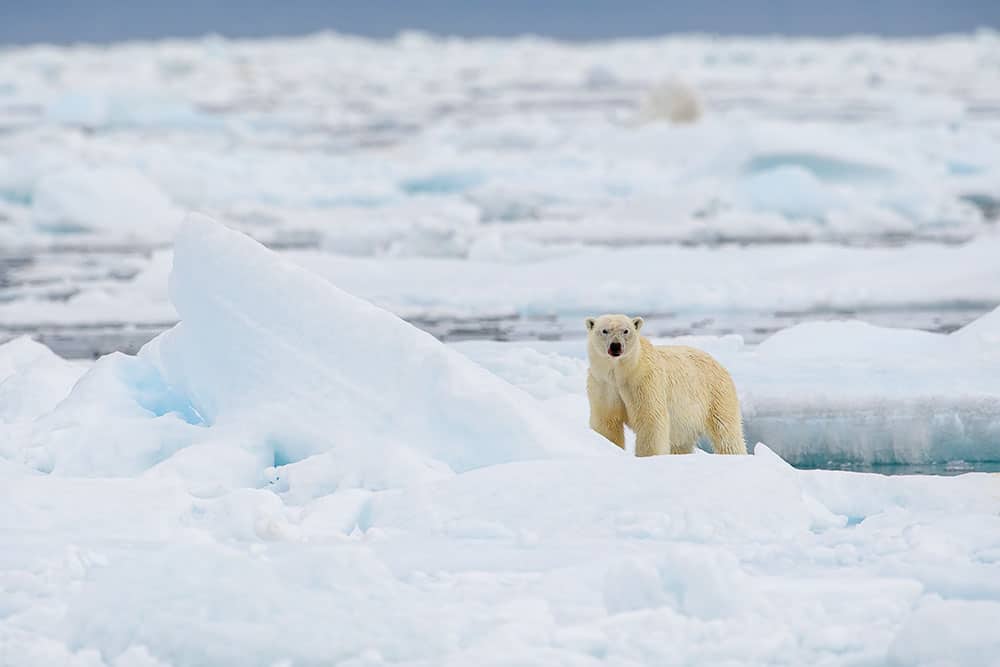 We share the most interesting facts about Svalbard, collected on our expedition to ‘the last stop before the North Pole’

Svalbard is said to be Europe’s last great wilderness. This archipelago of ice, rock and permafrost lies midway between Norway and the North Pole and is accordingly untrammelled. Measuring 24,209 sq mi (62,700 sq km), Svalbard comprises nine main islands, chief among them Spitsbergen, home to the de facto capital, Longyearbyen. Very little grows in Svalbard and it’s shrouded in darkness for much of the year, making it one of the most hostile places on earth.

While ostensibly part of Norway, Svalbard operates as a separate entity with its own quirks and customs. Here, we share the most interesting facts about Svalbard, gathered on our 8-day expedition to the ‘last stop before the North Pole’.

1. Svalbard is home to the world’s northernmost permanent settlement

Ny-Ålesund in Svalbard is the world’s northernmost permanent settlement. Nowhere further north can you visit someone’s house for a cup of tea. While there are research stations further north in Canada, Russia and Greenland, these are either unoccupied for part of the year, or occupied by revolving teams of researchers. Ny-Ålesund, in comparison, has a permanent population: 35 year-round and 114 in the summer.
(Source: Lonely Planet, Visit Svalbard)

2. There are no trees in Svalbard

Due to the harsh conditions, there are no trees or tall shrubs in Svalbard. Less than 10% of the landmass has any vegetation and the plants that do grow there rarely exceed 10cm in height.
(Source: Dartmouth College)

One of the most interesting facts about Svalbard is that polar bears outnumber people: 3,000 compared with 2,100. Sightings are most common on the islands east of Spitsbergen but polar bears can be encountered anywhere. There is, of course, no guarantee of a sighting and tour operators cannot offer ‘polar bear safaris’ or chase these endangered creatures.
(Source: Visit Svalbard, Visit Svalbard)

4. The town with the cleanest air in the world is in Svalbard

Ny-Ålesund in Svalbard has some of the cleanest air in the world. Located far from major sources of pollution, it offers an ideal place for scientists to monitor air quality and measure humanity’s impact on the planet.
(Source: BBC)

5. Longyearbyen is named after an American businessman

Longyearbyen means ‘the Longyear town’ but it’s not a reference to the passage of time – which can indeed feel long in the midst of the polar night. Rather, it’s named after American businessman John Munro Longyear who established Svalbard’s first coal mine.
(Source: BBC, Visit Svalbard)

The first humans arrived in Svalbard just over 400 years ago to hunt and whale. Rampant whaling decimated local wildlife and brought several species to the brink of extinction. The bowhead whale, the most popular catch, was eventually exterminated from the waters around Svalbard.
(Source: Visit Svalbard, Svalbard Museum)

Legendary Norwegian explorer Roald Amundsen launched his 1926 expedition to the North Pole from Ny-Ålesund in Svalbard. He departed aboard the airship Norge on 11th May with Umberto Nobile, the airship’s designer and pilot, and Lincoln Ellsworth, expedition sponsor, along with 13 other men. They reached the Pole on 12th May and flew on to Teller in Alaska. It was the first verified trip of any kind to reach the North Pole.
(Source: Fram Museum)

8. Anyone can live in Svalbard

Svalbard is part of Norway but the archipelago is visa free, which means that anyone can live and work there as long as they have a job and a place to live.
(Source: BBC)

9. Longyearbyen has residents from 50 nations

Given the above, Longyearbyen is home to people from 50 nations, making it one of the most diverse places on earth.
(Source: BBC)

10. Dying in Svalbard is discouraged

One of the most oft-cited facts about Svalbard is that you can’t die there because the permafrost not only preserves corpses, it sometimes pushes them to the surface. The truth is that authorities would prefer you didn’t die on Svalbard. Coffin burials are not allowed due to the permafrost, so critically-ill patients are usually flown to mainland Norway.
(Source: Norway Today)

11. Giving birth on Svalbard is discouraged

Similarly, giving birth in Svalbard is discouraged as there is a lack of medical facilities. Heavily pregnant women are flown to mainland Norway a month before their due date.
(Source: Newsweek)

12. Longyearbyen Airport is built on permafrost

The runway at Longyearbyen Airport is built on permafrost. Since its completion in 1975, it has experienced unevenness caused by thaw subsidence. Several reconstructions have shored up the surface but a 2018 study suggests that a third of the Arctic’s built infrastructure is at risk of permafrost damage in the coming years.
(Source: Norway’s University of Science and Technology, BBC)

‘Midnight sun’ refers to the phenomenon where the sun doesn’t dip below the horizon even at midnight. In Svalbard, the midnight sun lasts for four months – from April 19th until August 23rd – which means that there is no darkness there at all.
(Source: Visit Svalbard)

Similarly, the polar night lasts for two-and-a-half months in Svalbard, from mid-November to late January, during which time there is no light.
(Source: Visit Svalbard)

One of the starkest facts about Svalbard is that anyone travelling outside the settlements must carry means to scare off a polar bear. You don’t have to carry a gun but the office of the Governor of Svalbard recommends that you do. It’s important to note that killing a polar bear is illegal, and incidents are scrutinised thoroughly in cases of self defence.
(Source: Governor of Svalbard)

For such a large landmass, Svalbard has only 25mi (40km) of roads. The different settlements aren’t linked by road and are therefore only accessible by boat in the summer or snowmobile in the winter.
(Source: BBC)

18. Svalbard is one of the safest places in the world

Svalbard is one of the safest places in the world and has virtually no crime. Longyearbyen made headlines in 2018 when a Russian national tried to rob the local bank. He was carted off to mainland Norway and sentenced to 18 months in a Tromsö prison.
(Source: Governor of Svalbard, Outside Magazine)

19. Arctic terns migrate from Antarctica to the Arctic

Every year, Arctic terns migrate from Antarctica to Svalbard and back again. They don’t fly in a straight line, which makes their journey even longer than the 18,641mi (30,000km) distance from the Arctic Circle to Antarctic Circle. As a result, their migration is one of the longest of any animal on earth.
(Source: National Geographic)

20. In Svalbard, the streets have no name

The streets of Longyearbyen have numbers instead of names for the sake of simplicity.
(Source: Visit Svalbard)