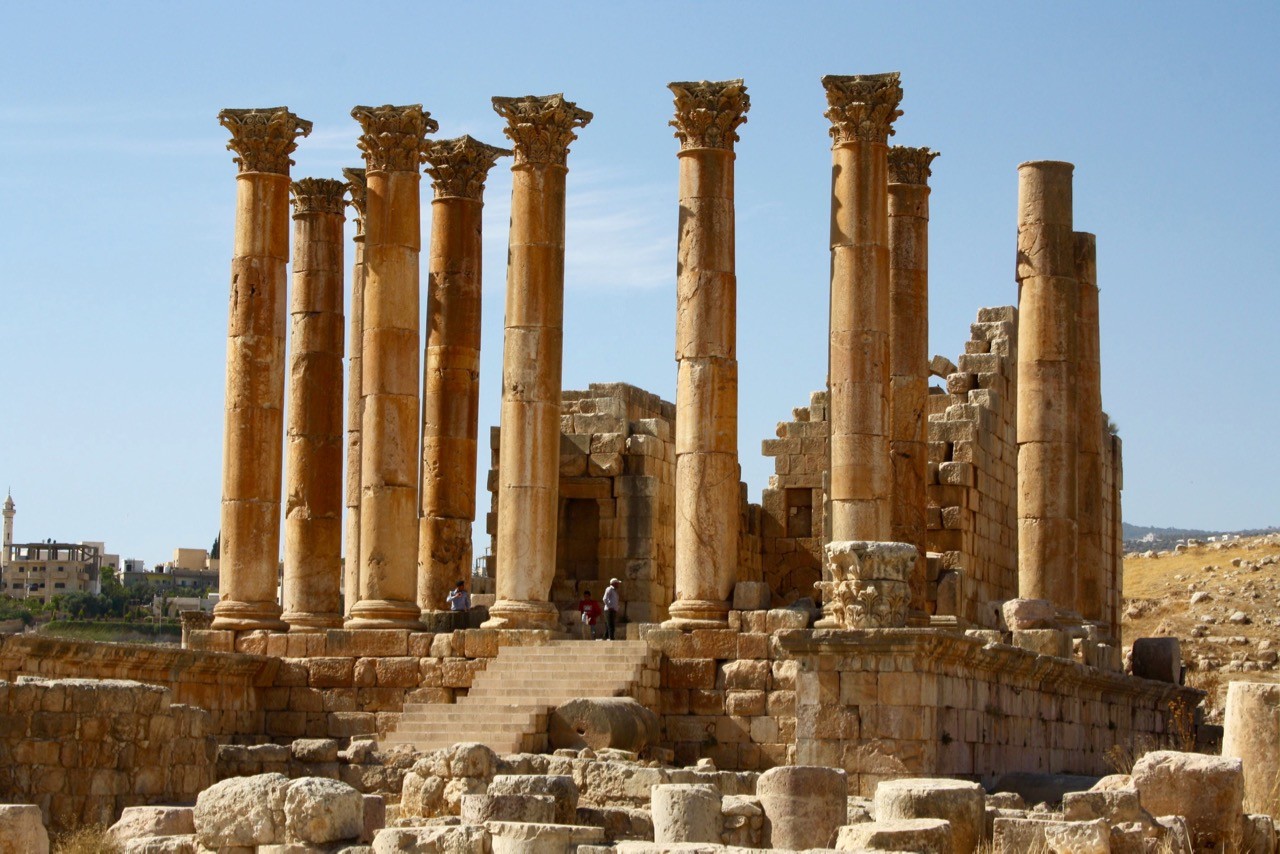 The ancient Roman city enjoyed great wealth and importance largely due to the area’s fertile lands and year-round fresh water supply. An earthquake hit the region in 749AD destroying huge areas of the city and leaving the ruins buried in soil for hundreds of years. It was in 1806 that German explorer Ulrich Jasper Seetzen discovered them while searching for Oriental artefacts as part of a private research commission.

After over 200 years of slow but steady excavation and the resettlement of today’s modern city across the wadi (valley), the area became the second biggest tourist destination in Jordan after Petra.

The site is easily visited in either a full or half-day trip from Amman and offers an excellent opportunity for visitors to piece together the ancient life that once flourished here. The fact that so many structures remain intact provides archaeologists, historians and even the casual visitor an excellent taste of Roman rule in the Middle East.

The Jerash ruins can be easily walked in a couple of hours and it’s hard to miss anything important. The most notable sites are:

Nearby to the Jerash ruins is Ajloun castle located amid the Ajloun Forest Reserve. It makes for a good stop on the return journey. The isolated woods of evergreen oak are also ideal for an afternoon walk.

Jerash ruins of Jordan: the essentials

What: Visiting the Jerash ruins of Jordan.

Where: We stayed at the Arab Tower Hotel in Amman. The hotel was simple but centrally located and comfortable with friendly staff.

When to go: Spring and autumn offer pleasant temperatures in Jordan, day and night. In winter (Jan-Feb), it can get chilly and rainy while the summer brings temperatures up to 38°C (100°F). Peak season is Feb-Mar and Oct-Nov so opt for mid-spring or early autumn.

How: From the Tabarbour bus station in Amman there are regular buses to and from Jerash that run throughout the day until late afternoon. Tickets cost 1 JOD (1-2 USD). If you start the day early you can also take a bus to Jerash via Ajloun and see the castle on the way. Taxis can be hired in Amman for 10 JOD (14 USD) one-way or around 40 JOD (56 USD) for the day.

Admission to the site costs 10 JD (14 USD) which includes the Jerash Archaeological Museum. Summertime hours are 7.30am to 7pm and 8am to 5pm in the winter. There are several international airlines that fly to Amman. Book via Skyscanner for the best prices.