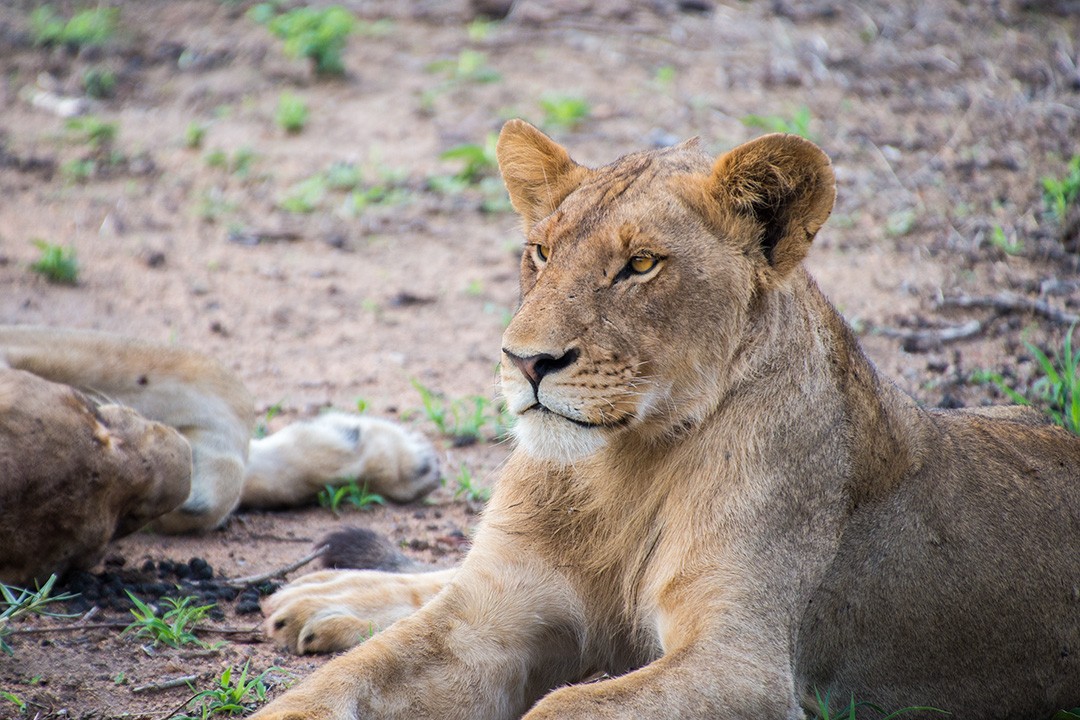 When it came to planning our trip to South Africa, Kia left me to my own devices, knowing how much I enjoy poring over maps and researching potential routes. Mostly, this is fun but also occasionally stressful as I know I’ll be responsible if things go wrong.

With this in mind, I took pains to answer a central question: what are the pros and cons of Kruger National Park vs private game reserves in South Africa?

A safari in South Africa is a bucket-list item and I didn’t want to get it wrong. As such, I spent a good few hours trawling through guidebooks and blog posts to weigh up our options. To save you the same trouble, I’ve collated my findings below to provide an at-a-glance guide to choosing between Kruger National Park and the private game reserves in South Africa.

Kruger National Park is one of the world’s best destinations for watching wildlife. Covering an area of 19,485km2 (roughly the size of Wales!), the park boasts an abundance of the ‘big five’ game animals (lion, leopard, rhino, elephant and buffalo) as well as 142 other mammals including cheetah, giraffe, hippo, zebra and hyena.

Named after Paul Kruger, former president of the South African Republic, the park was protected in part in 1898 and became South Africa’s first national park in 1926.

In 2002, Kruger National Park joined with Mozambique’s Limpopo and Zimbabwe’s Gonarezhou. The resulting Great Limpopo Transfrontier Park became the largest game park in Africa, allowing for the free movement of animals over one of the largest protected wildlife areas in the world.

The ‘Greater Kruger Park’ refers to Kruger National Park (managed by the government through SANParks) and the adjacent private game reserves, some of which share unfenced boundaries with Kruger.

We stayed at Honeyguide Khoka Moya Camp in Manyeleti Game Reserve. Manyeleti, owned by the local Mnisi tribe, is the only park that permitted entry to black South Africans during apartheid.

Have a look at this map for an idea of the overall layout of the private game reserves in Kruger.

We list below pertinent information to help you choose between Kruger National Park and private game reserves in South Africa.

Kruger National Park offers opportunity to see bigger herds and a wider variety of animals. The landscape is more diverse and the cost is much more manageable.

With that said, if you can afford it, we recommend a private game reserve for all the reasons listed above. The cost is a major consideration of course. We spent a lot more per night than we usually would, but our philosophy is that if you’re flying all the way to South Africa for a once-in-a-lifetime safari, there’s no point scrimping when you actually get there.

Good luck and let us know in the comments if you have any questions.