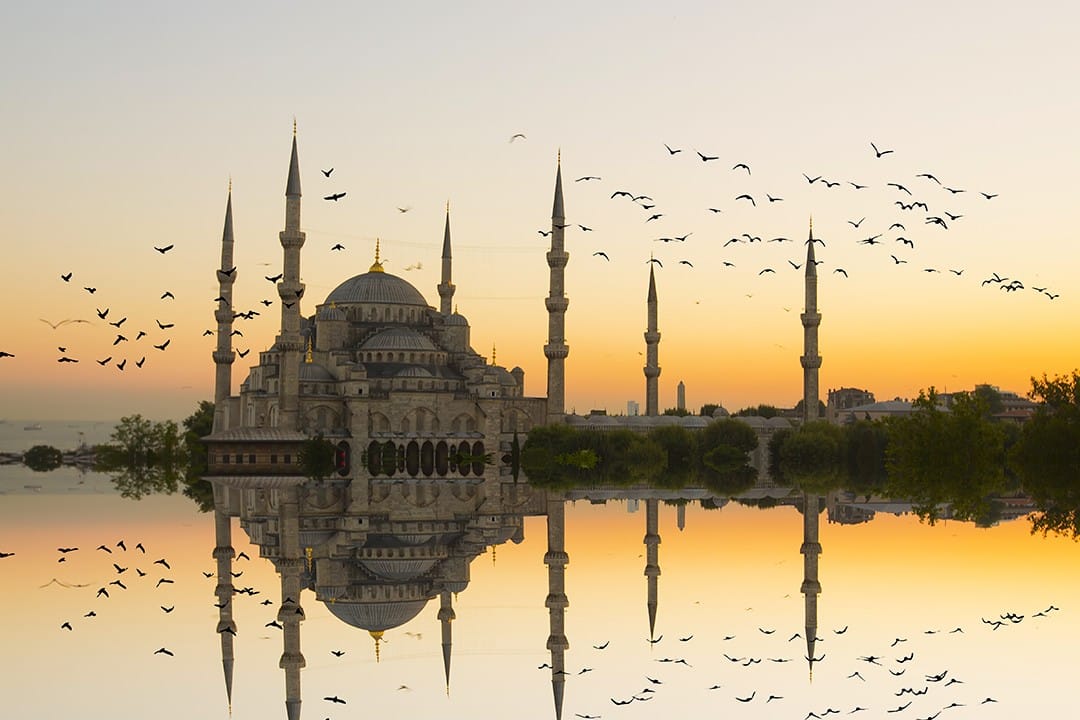 Have you dreamed of a romantic kiss atop the Eiffel Tower? Perhaps you’ve thrown a wish into the Trevi Fountain or stopped and stared at the Sistine Chapel. If so, you’re certainly not alone.

According to the latest UNWTO Tourism Highlights report, France and Italy are two of the most visited countries in the world.

Together with the rest of the top 10, they make up a whopping 42% of global tourist arrivals (i.e. overnight visitors). Here’s the complete list of the most visited countries in the world.

It’s fair to say that there has been a long-standing rivalry between the French and the British, partly because we Brits think we’re better than them (deep down, we know we’re not).

In both joie de vivre and savoire faire, in culture, couture and cuisine, our Gallic cousins outclass us consistently – and why wouldn’t they? Their impeccable taste coupled with a natural hauteur lends them an inimitable sophistication.

It’s this je ne se quois perhaps that keeps tourists coming to this land of romance – a whopping 86.9 million of them a year.

Good food, good wine, amazing architecture and the ebullient nature of the natives – just some of the reasons why people flock to Spain (and subsequently get exhausted by the Spaniards… did we mention they’re ebullient?).

Spain is a popular destination not only for all the above, but also as a place of worship. Camino de Santiago, a network of paths leading to the shrine of the apostle Saint James the Great in the cathedral of Santiago de Compostela, is popular not only with pilgrims but also hikers, cyclists and organised tour groups.

Despite the lowest increase in tourist arrivals year on year, the US holds strong as the third most visited country in the world.

It has more famous cities than arguably any other country in the world – New York, LA, San Francisco, Miami and Chicago being just some of them. There’s plenty for culture vultures (New Orleans, Austin, Boston) and nature lovers too: Yosemite, Grand Prismatic Spring and Grand Canyon are just a few of the many national parks full of weird and wonderful things.

Some would argue that China deserves a place on our list of the world’s most divisive destinations. This seems to matter little, however, in terms of tourist numbers.

China is a behemoth on the word stage in size, population and economic strength. The world’s oldest continuous civilisation offers gleaming monuments to progress countered by rich threads of antiquity. Mist-shrouded mountains, sleepy water towns, archaeological wonders and world-class cuisine are just few of the myriad reasons why 60 million tourists flock to this country each year.

Ah, Rome, the place where legends are born, legacies shorn and gelato grants entry to heaven. And that’s just the beginning.

There’s charming Verona, iconic Venice and the heart-stoppingly stunning Dolomites. If you have to be unoriginal, be unoriginal in Italy.

In past years, Mexico has jostled with Thailand and Russia for a place on the list of the world’s most visited countries. This year, it sits comfortably mid-list with over 39 million tourist arrivals.

Home to Frida Kahlo, the dazzling Day of the Dead celebrations and a Wonder of the World in the form of Chichen Itza, Mexico is only set to grow in popularity.

And so we come to our homeland of Britain, a green and pleasant land full of sedate sights like Stonehenge set to a backdrop of gloomy skies and seemingly endless drizzle.

Still, there’s plenty here to draw tourists. World-class museums, dramatic forts and castles, charming countryside villages and a cheese-rolling competition have all helped propel the UK to the top 10 most visited countries in the world.

It’s interesting that Turkey has had the biggest year-on-year increase on the list: 24.1% to be specific. This might be a sign that its fortunes are changing.

On our visit in 2016, we were told of slowing trade caused by local conflict. In fact, a day and half after we left, there was a bombing in the glorious city of Istanbul. Currently, Turkey is mostly trouble free and the hope is that it continues to stay safe and open.

Germany has been named by Lonely Planet as one of the best countries to visit in 2019, this being the 100-year anniversary of Bauhaus, a school of design that still today influences art, architecture, graphic design, interior design, industrial design and typography.

Beyond Bauhaus, there is plenty to do and see. The Reichstag, Brandenburger Gate and Berlin Wall are just some of the world-famous sights in the capital city. Further afield, the stunning Black Forest and its collection of fairytale castles are a major draw for international tourists.

Thailand – love it or hate it, it repeatedly appears on the list of the world’s most visited countries. A mainstay of the backpacker route through southeast Asia, Thailand benefits from strong tourist infrastructure, lashes of natural beauty and of course exquisite cuisine.

The iconic Maya Bay on Ko Phi Phi – made famous by the 2000 film starring Leonardo DiCaprio – has experienced a sustained explosion in tourism. In 2018, it was announced that the beach would be closed indefinitely to allow it to recover from tourist damage, a cautionary tale perhaps for the countries hoping to one day join this list.