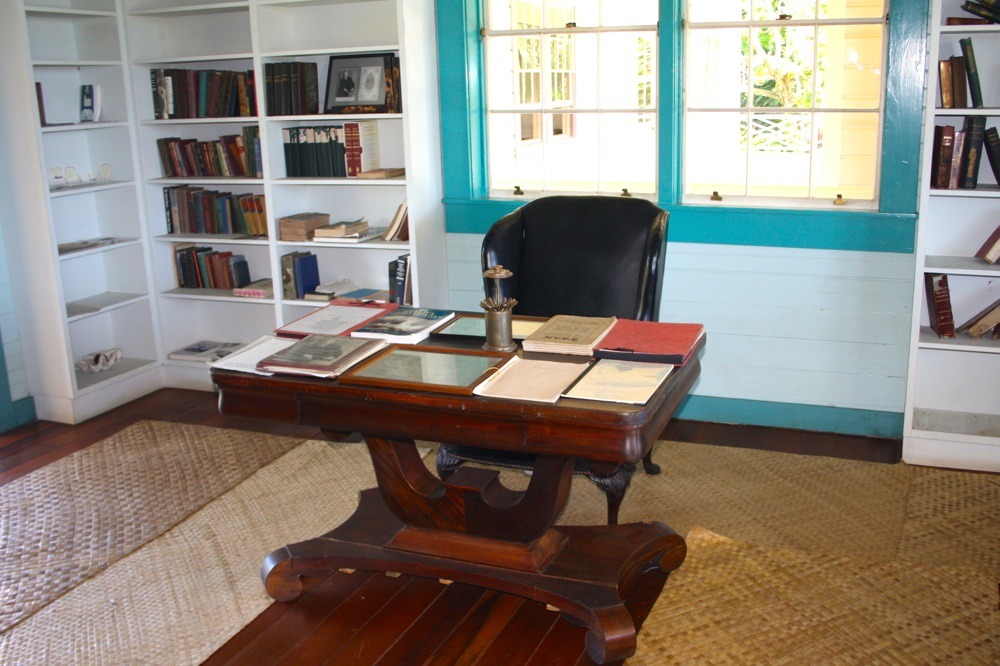 The Robert Louis Stevenson museum in Samoa was an unexpected highlight of our trip to Samoa. A cursory cultural stop became a genuinely fascinating morning

“The Booker Prize money wouldn’t even keep me in cigarettes,” once quipped best-selling crime writer Martina Cole. Faced with snobbery over the type of commercial fiction she writes, the irreverent author’s swipe highlighted the fact that commercial fiction subsidises literary fiction, allowing publishers to publish the highbrow literature that hardly anyone buys.

It was perhaps a similar snobbery that excluded author Robert Louis Stevenson from The Norton Anthology of English Literature for 32 years, and the reason why he was entirely unmentioned in the 2000-page Oxford Anthology of English Literature in 1973. Modern critics have censured his style as simplistic, but if raw and compelling storytelling holds any value at all, surely Stevenson would be among the greats.

The author of Treasure Island and Strange Case of Dr Jekyll and Mr Hyde, Stevenson was born in Scotland and in later life lived and died in Samoa halfway cross the world. Aged just 44 at his demise, he was given a royal burial on Samoa’s Mount Vaea.

Today, his 400-acre home and burial site on Samoa’s main island of ‘Upolu are open to the public. We went along for a cursory look, agreeing that we couldn’t go all the way to Samoa without visiting this cultural stop. We arrived at 10am, expecting to spend an hour there, but emerged four hours later startled that we almost gave it a miss.

Firstly, the Robert Louis Stevenson museum is beautiful. It’s bright, airy, elegant and understated – the sort of home in which I’d live if I could actually afford to. There is an air of colonial romance – you can almost smell the cigars and brandy.

I couldn’t quite choose a favourite room: possibly his study with its rare first editions, perhaps his mother’s room with unbroken views of the Pacific, or maybe the huge living room with its dusty piano and lion-skin rug. Even his ‘sick room’ evoked the romance of a time long past.

Also striking is the Samoans’ deep respect for Stevenson. Local guide Taina spoke of ‘Tusitala’ (the Samoans’ name for Stevenson, meaning ‘Teller of Tales’) with obvious love and admiration. At one point, her eyes watered as she described how he fought for the interests of the Samoan people. She told us that the Samoans manually cut a path up Mount Vaea to fulfil Tusitala’s dying wish to be buried at its peak.

After exploring the Robert Louis Stevenson museum, we headed up to the peak of Mount Vaea to visit his grave. Visitors can hike a 2.5km route to the top or take a steeper 0.8km path that is slightly more challenging. We chose the latter and the reached the peak in a messy, sweaty state. We sat down for a drink of water. As we took in the panoramic view, it’s possible that we fell in love with this so treasured island just as deeply as Stevenson.

Hiking back down, we spoke about how a cursory cultural stop had become a genuinely fascinating morning. And then we smiled… If travel could still surprise us, we had a long road ahead to enjoy.