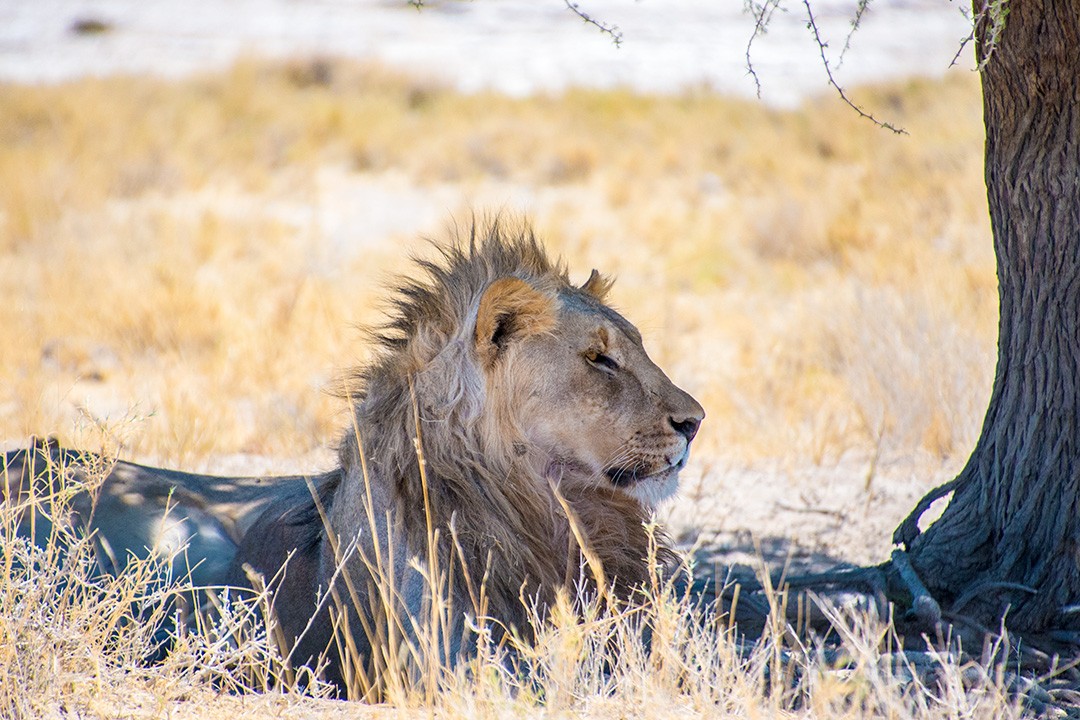 A safari in Etosha National Park is like nothing else. There is little need to search for animals. In Etosha, they come to you

Even if you’ve had a taste of African wildlife-watching before, a safari in Etosha National Park is enthralling. Namibia’s premier national park is one of Africa’s great safari destinations and teems with wildlife, from big game mammals to tiny colourful birds. Animals here don’t come two by two, but by the dozen.

The numbers speak for themselves. Covering 22,270km2, Etosha is home to 114 species of mammal, 340 bird, 110 reptile and 16 amphibian species. There is 850km of fencing surrounding the park with 3,551km of road connecting the 86 waterholes.

Home to four of the big five game animals (only water buffaloes are absent), Etosha is astonishing in terms of numbers. Estimates fluctuate, but recent surveys suggest that frequenting these waterholes are over 20,000 zebras, 7,000 wildebeest, 5,000 giraffes, 2,500 elephants and 450 lions as well as leopards, cheetahs, hyenas, warthogs, jackals, ostriches and African wild dogs, Namibia’s most endangered mammal species. Not to mention the countless antelope such as oryx, impala and kudu roaming the plains.

Finally, there are rhinos: the white and deeply endangered black can be seen in Etosha. Simply put, a safari in Etosha National Park is one of the greatest wildlife-viewing experiences on the planet.

It couldn’t be easier

Unlike other game parks around the world where you can spend hours – perhaps days – looking for animals, Etosha’s USP is its capacity to bring the animals to you. Just park up next to one of its waterholes and wait for the animals to arrive (if they’re not already there).

Etosha’s lifeblood is the immense Etosha Pan. Covering 5,000km2, this flat, saline desert is what makes viewing wildlife in Etosha so easy. For just a few days every year, the arid pan is converted by rain into a shallow lagoon overrun with flamingos and pelicans.

The rest of the year, it’s bone dry which means the 86 natural and man-made waterholes in the park are the life source for wildlife. We spent hours sat in our 4WD next to waterholes watching nature’s theatre play out on one of Etosha’s many stages.

At one waterhole, we watched a pride of lions lap at the water while scores of thirsty zebras, antelope and wildebeest enviously watched on. At another, we saw herds of nervous herbivores cautiously edge closer and closer to the water while three lions observed from under a nearby tree. Just when we thought a zebra or two would dart forward for a drink, they would scatter instead and the whole act would start again.

The next day, we saw a handful of mammals enjoying some much needed refreshment at a waterhole only to be disturbed by a herd of 30 elephants. They descended on the oasis one by one at first before marching in en masse and displacing the other animals. After 10 minutes of slurping, spurting and spraying, they left as quickly as they came. Peace restored, the others returned to enjoy a drink.

We spent four days on safari in Etosha National Park as part of a 17-day self-drive safari with Wild Dog Safaris. We spent two nights at Etosha Safari Camp located 10km outside of Etosha’s Andersson’s Gate. From there, we joined an evening game drive provided by the camp for $790 NAD ($55 USD) per person.

Even though we were self-driving around the park, we felt it was really worth paying for an initial game drive as it helped to orientate us. Our guide, Rodney, gave us lots of information on where to go during our stay and what to look out for. We may have easily missed a female lion emerging from a nearby tunnel, but Rodney, knowing that something was amiss, insisted that we wait. The reward was worth it.

During the rest of the drive, we saw a pride of lions lock out a waterhole, countless zebras, giraffes, wildebeest and myriad species of antelope.

We spent the next day driving to and from the waterholes surrounding Andersson’s Gate. The day yielded many wildlife encounters including an incredibly close one with a male lion sat right next to the road. We also witnessed three herds of elephants descend on the famous waterhole at Okaukuejo Camp.

Okaukuejo is the site of the Etosha Ecological Institute, the park’s headquarters and main visitor centre. The waterhole here is probably the best place in Etosha to spot rhinos, particularly between 8pm and 10pm. We would love to have stayed at Okaukuejo, but unfortunately the camp was fully booked for our visit and we never made it past the waitlist.

Our third day was spent driving across Etosha towards Onguma Game Reserve situated on the eastern border of the park. En route, we stopped at numerous waterholes and paused for lunch at the Moringa waterhole at Halali Camp.

Shortly after lunch, we had the best elephant encounter of the entire trip. At Springbokfontein waterhole we watched a herd of elephants cross the road in front of us. One of them, a giant bull, decided on a path that headed straight for our car. Knowing our place in the pecking order, we promptly got out of his way.

That night, we arrived late at Aoba Lodge ‘thanks’ to an encounter with a leopard who was tracking a springbok through the thick bush. We watched her for an hour by the side of the road, but didn’t see the kill, if it ever came.

Unfortunately, rains arrived that night meaning our last day in the Etosha area was spent at our hotel. We managed to get one final sundowner game drive in at Onguma where we watched three cheetahs stalking across the plains from a distance before enjoying a glass of wine under a gorgeous sunset.

If you ask me, time spent with animals is always time well spent, and on a safari in Etosha National Park you will spend a lot of time with some of the most majestic and beautiful animals on the planet. It really is a magical part of the world.

Entering at Andersson’s Gate and crossing eastwards to Namutoni Gate:

What: Safari in Etosha National Park in Namibia as part of a Wild Dog Safaris 17-day self-drive safari.

Where: Accommodation on the tour includes 16 nights in a range of hotels, lodges and safari camps including Etosha Safari Camp located 10km outside of Etosha’s Andersson’s Gate and Aoba Lodge in Onguma Game Reserve.

When: The best time to visit Namibia for a safari in Etosha National Park is from May-Oct during the dry season (winter). There is less vegetation and wildlife tends to congregate around watering holes, making it easier to spot. This is also high season so it may be necessary to book months in advance, particularly in Etosha.

The low season brings heavy rainfall from Dec-Apr making some tracks impassable. Humidity is higher and wildlife is harder to spot, but accommodation is cheaper.

The itinerary showcases the best wildlife and landscapes the country has to offer including the dunes of Sossusvlei, the coastal town of Swakopmund and a safari in Etosha National Park. Other highlights include Fish River Canyon, Twyfelfontein and Okonjima – home of the AfriCat Foundation.

There are 11-day and 13-day versions of the above itinerary, as well as a 15-day Namibia, Botswana and Zimbabwe self-drive option available.

On arrival at Windhoek, we were met by Wild Dog Safaris who provided a detailed itinerary, driving instructions, maps and information.

Lonely Planet Botswana & Namibia is a comprehensive guide to Namibia covering a range of activities and destinations including a safari in Etosha National Park.