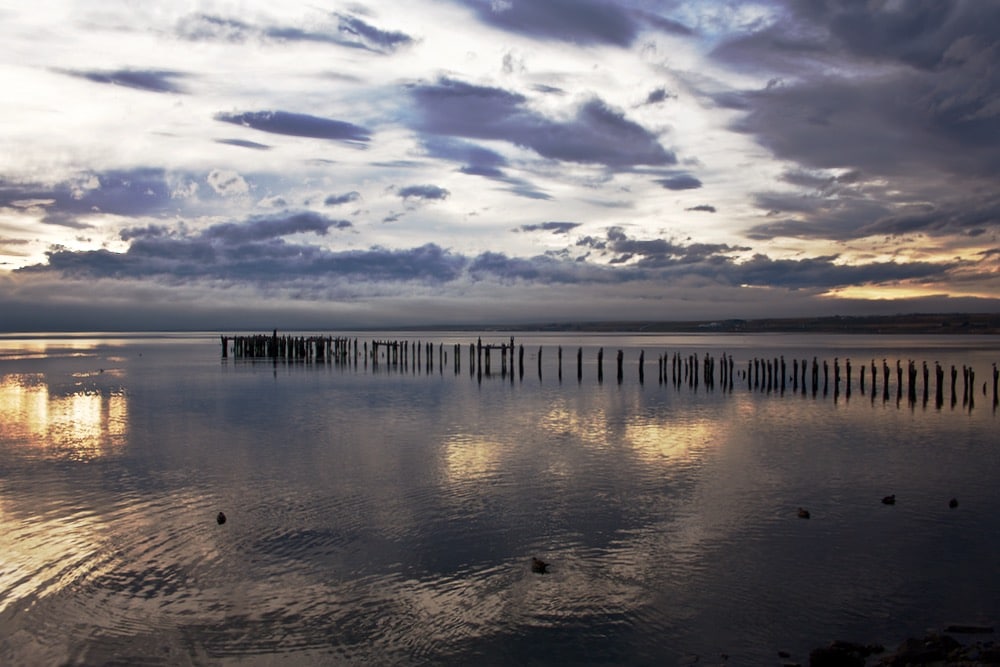 “We wanted an adventure holiday, but we wanted to come back in the evening to somewhere cozy and comfortable,” said Matt and Kirsty, two Americans we met during our stay in Puerto Natales.

Like them, we visited the windswept plains of Chilean Patagonia out of season meaning multi-day treks through Torres del Paine were out of the question. But that didn’t put a complete dampener on our experience. There was still plenty of adventuring to be enjoyed outside of Torres del Paine National Park without spending our days stomping along a hiking trail with only a fitful night’s sleep under canvas (not that I mind that of course).

The charming little town of Puerto Natales has striking views of the dramatic countryside and offers easy access to Chilean Patagonia outside of Torres del Paine National Park.

Here are some alternative things to do in Puerto Natales and the surrounding area.

Puerto Natales enjoys a picturesque location on the shoreline of Seno Última Esperanza and is best explore by bike. The calm emerald waters are surrounded by diverse vegetation making it an ideal location for bird watching. There is an abundance of seagulls, Chilean skuas, condors and cormorants in the area. From Puerto Natales, cycle northwestwards towards the Eberhard Fiord. On arrival at the shores of the fjord you’ll be greeted by views of the inlet stretching from the mouth of the fjord to the slopes of Monte Balmaceda in the Bernardo O’Higgins National Park.

If you don’t fancy the bike ride there is a more relaxed option available. The catamaran leaves from the ferry terminal and takes you along the same tranquil shores, albeit a bit more quickly. From the boat you’ll get a much closer look at the many waterfalls and animal life throughout the area. Expect to see plenty of sea lions, seagulls, Chilean skuas, condors and even a cormorant colony. You’ll also get a closer look at the Balmaceda and Serrano glaciers during a short shore excursion.

A sweeping mountain range with an extraordinary landscape, the rocky outcrop of Sierra Dorotea offers extensive views across the fertile pampa lowlands and meandering Patagonian steppe. Horse riding trips are led by gauchos (known locally as baquedanos), who have lived and worked on the terrain all their lives. The day usually (and quite rightly) ends with a hot cup of mate tea next to a roaring bonfire.

Along the flanks of Cerro Benítez 24 km (15miles) to the northwest of Puerto Natales sits Milodon Cave (Cueva del Milodón). The cave, one of several in the area, is named after the mylodon, an extinct giant ground sloth that more resembles a giant bear.

Numerous fossils of the mammal have been found in the cave and the surrounding area where the animal lived up to 10,000 years ago. A giant life-sized model greets visitors on arrival.

5. Kayaking the Balmaceda and Serrano Glaciers

There are numerous half-day kayaking trips leaving from the pier in Puerto Natales. However, for a longer water-based adventure consider taking a one or even two-day excursion from Toro Pier at the entrance to Bernardo O’Higgins National Park. This quiet corner of Patagonia is reserved almost exclusively for kayakers with a campsite designated just for them. The excursion takes visitors up close and personal to the Balmaceda and Serrano Glaciers.

One thing you notice about this area of Patagonia is that there is a lot of water. And with water comes fish. Seasoned anglers descend on the area every year for its fantastic fly fishing opportunities. There are three main zones to choose from (north, south and central) as well half and full-day trips. There’s also a variety of locations with fjords, rivers, creeks and streams to choose from.

The town Puerto Natales itself has enough to keep the visitor occupied for a day at least. We visited the municipal Museo Histórico in the morning with its collection of archaeological artefacts including a Yaghan canoe, Tehuelche bolas and plenty of historical photos. In the afternoon, wander the town centre and main square, the fishermen’s wharf and maybe visit an art gallery or two along the waterfront.

There are also local tours to nearby ranches where several families grow fruit and vegetables in their greenhouses.

Reward yourself with a hearty meal after a full day of adventure! No matter how you choose to get to the first established estancia in the Última Esperanza province (there are biking, hiking and boat options available), Villa Bories serves up an excellent barbequed lamb. Señor Erik Eberhard, the great grandson of the German pioneer who first colonised the area, waits for his guests to arrive with a traditional lamb sizzling slowly on the spit.

Where: Puerto Natales is Chilean Patagonia’s second city positioned 250km north of the area’s first, Punta Arenas. We stayed at Remota Patagonia Lodge situated just a short walk from town. The striking hotel is designed to sit in harmony with the surrounding environment and features turf roofs, sustainable local materials and energy-saving innovations such as an indoor air system that efficiently recycles the air two to three times a day. The hotel can either provide or organise all of the above excursions.

When: We visited in late autumn (mid-May) which isn’t the best time to visit the park. However, the majority of the above excursions are available year round and there were some clearer days during our stay. The best time to visit is between November and April. Do be warned that Patagonian weather is fickle and can change dramatically throughout the year with little warning so come prepared for all eventualities.

How: We stayed in Puerto Natales which is 75km (46miles) from the southern entrance of the national park. If you want to visit Torres del Paine then you’ll need to drive the 1h 30min Ruta del Fin del Mundo (route of the end of the world) into the park.

Remota Patagonia Lodge is a good base both for exploring the town and for day trips into the park itself. The friendly and professional hotel staff can arrange excursions as well as tailored experiences based on your preferences.

Distances in Chile are huge so we advise flying from Santiago to Punta Arenas with LAN. Tickets are best booked via skyscanner.net.

From Punta Arenas it’s a three-hour bus journey north to Puerto Natales. Buses leave regularly throughout the day priced from around $5,000CLP (£5/$8). There are several bus companies to choose from. We have used and can vouch for Buses Fernández and Bus Sur. There are bus connections to other parts of Chile as well as destinations in Argentina from both Punta Arenas and Puerto Natales.