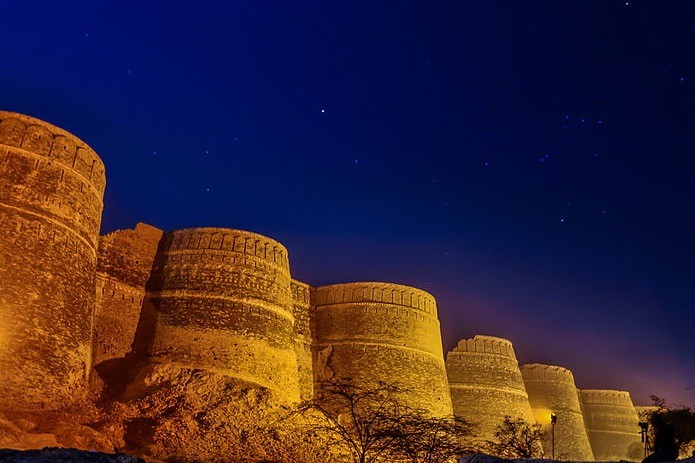 Six miles from the ancient Turkish town of Urfa lies a set of massive 11,000-year-old carved stones, crafted and arranged by prehistoric people who had purportedly not yet developed metal tools or even pottery.

The site, discovered in the 1960s and later excavated by German archaeologist Klaus Schmidt, pre-dates Stonehenge by about 6,000 years and calls into question what we think we know about the progression of hunter-gatherers.

The Hypogeum is a subterranean structure dating back to 3300-3000 BC. Thought to have been originally a sanctuary, it became a necropolis in prehistoric times with more than 7,000 individuals found within its chambers.

What’s curious about the Hypogeum is that male voices can reverberate throughout the entire complex if the source is standing in a certain spot. This only works if the voice is in the 95 to 120 Hz range, however, so women’s voices don’t usually reverberate in the same way.

Bukhara Fortress, commonly known as the ‘Ark’, was initially built and occupied around 5th century AD. It served not only as a military structure but also as a ‘town within a town’, housing various royal courts that reigned over the region surrounding Bukhara. The Ark was occupied until it fell to Russia in 1920.

Today, 80% of it lies in ruin amid some remaining royal quarters and several museums.

At 233 feet tall, this giant Buddha’s fingernails are larger than the average human. Built during the Tang Dynasty in around 713 AD, the statue was carved out of a cliff face at the confluence of the Minjiang, Dadu and Qingyi rivers in the southern part of Sichuan province.

It is the largest stone Buddha in the world and it is by far the tallest pre-modern statue in the world.

Located about 100 kilometres from Jaipur on the Agra road, this incredible stepwell was built in approximately 800 AD by King Chanda of the Nikumbha Dynasty.

It comprises 3,500 narrow steps over 13 stories and extends approximately 100 feet into the ground making it one of the deepest and largest stepwells in India. Upon completion, it was dedicated to Hashat Mata, Goddess of Joy and Happiness.

Chan Chan is an archaeological site in the Peruvian region of La Libertad. Built around 1300, it covers 20 square kilometres, making it the largest Pre-Columbian city in South America as well as the largest adobe city in the world.

At the height of the Chimú empire, the city’s 10 walled citadels housed an estimated 60,000 inhabitants and contained a vast wealth of gold, silver and ceramics.

Rising from the Cholistan Desert in Pakistan’s Punjab region, Derawar comprises 40 stunning bastions arranged in a giant square formation. The walls have a circumference of 1,500 metres and stand up to 30 metres high.

The fort as it stands today was built in 1733 and is located next to a mosque modelled on Moti Masjid in the Red Fort of Delhi in India.

Mali’s Great Mosque of Djenné, constructed in 1907, is the largest mud brick building in the world. It is one of Africa’s greatest attractions, but is far less known on the world stage.

Built almost entirely with sun-baked earthen bricks, sand and mud-based mortar and plaster, the mosque walls can crack during the long African summers. However, the local community takes an active role in maintaining the mosque and even has an annual festival dedicated to replastering it.

Las Pozas, near the Mexican village of Xilitla, is a surreal but stunning series of temples, pagodas, bridges, pavilions, sculptures and stairways built next to a set of idyllic waterfalls.

Commissioned by British poet Edward James in the 1960s, the site was built as his very own version of the Garden of Eden. Construction cost more than $5 million, which James funded through auction of his collection of Surrealist art.

No, this is not the Taj Mahal. The resemblance may be explained, however, by the fact that it was built by the sixth Mughal Emperor Aurangzeb, the son of the emperor who built the Taj Mahal.

Commissioned in the late 17th century, Bibi Ka Maqbara was built in memory of Aurangzeb’ first wife, Dilras Banu Begum. Alas, it will always remain in the shadow of the mausoleum built for his mother.