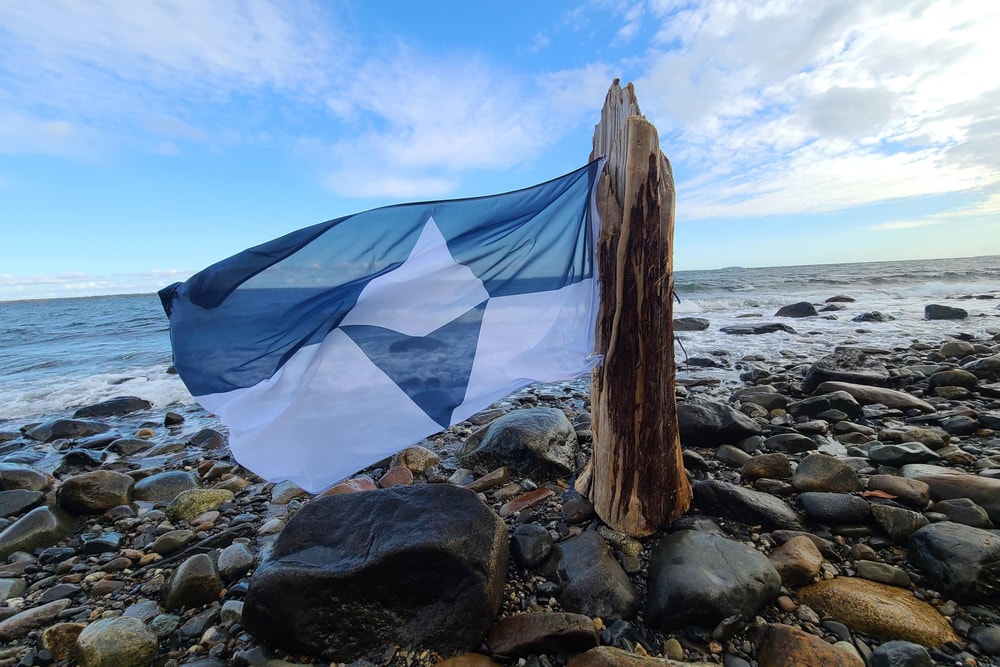 For a long time, it seemed like our trip to Antarctica wasn’t going to happen. Covid postponed it from 2020 to 2021, and then again to 2022. Even after we got the green light, our nerves didn’t ease. If we tested positive for Covid, we wouldn’t be allowed to board the ship, and daily testing meant that we could be quarantined in our cabins even after setting sail. In short, it was more stressful than expected.

Despite the extra anxiety, we were thoroughly enchanted by the great white continent. In fact, Antarctica quickly became our number one travel experience – a testament to its majesty given the daily challenges.

During our 10-day voyage, we watched a sleeping baby humpback whale; met Gentoo and Chinstrap penguins; saw extraordinary icebergs and landscapes; and fell in love with Paradise Bay. Along the way, we learnt myriad interesting facts about Antarctica, the best of which we share below.

1. Antarctica is home to a ghost mountain range

Antarctica is home to one of the world’s biggest mountain ranges: the Gamburtsev Mountains which stretch more than 1,200 kilometres across the interior of the continent. The tallest peaks are around 2,800m (9,000ft), but here’s the thing: they are completely buried beneath the thick Antarctic ice. As such, the Gamburtsev Mountains are known as Antarctica’s ‘Ghost Mountains’.
(Source: British Antarctic Survey)

The ice in Antarctica is three miles thick in places. The Astrolabe Subglacial Basin has the thickest ice in the world: a jaw-dropping 4,776m (15,669ft). For context, that’s half the height of Mount Everest.
(Source: BBC)

3. Earth’s deepest point on land is in Antarctica

It’s relatively well-known that the Mariana Trench in the Pacific Ocean is the deepest point on the surface of Earth. Meanwhile, the lowest exposed land is at the shore of the Dead Sea, 413m (1,355ft) below sea level. The overall deepest point on land, however, is in East Antarctica under the Denman Glacier. The canyon there is covered by ice and reaches 3,500m (11,500ft) below sea level. Only in the ocean are valleys deeper.
(Source: BBC)

4. The coldest temperature ever recorded was in Antarctica

The coldest temperature ever recorded on Earth was at Vostok Station, a Russian research station in Antarctica. There, temperatures dropped to a heart-stopping -89.2°C (-128.6°F). Satellite data suggest that temperatures have dropped even lower, to -93.2°C (-135.8°F) on 10th August 2010, but this was never confirmed on the ground.
(Source: British Antarctic Survey, BBC)

5. Antarctica expands to twice its size in winter

In the winter, Antarctic sea advances from the continent by around 100,000 square kilometres (40,000 square miles) per day, ultimately doubling the size of Antarctica before melting again in the summer.
(Source: BBC, BBC)

6. The South Pole has one sunrise and one sunset a year

The South Pole has only one sunrise (at the September equinox) and one sunset (at the March equinox) every year. Due to Earth’s tilted axis, the sun is always above the horizon in the summer and always below it in the winter.
(Source: National Geographic)

7. There is no Antarctic time zone

Antarctica does not have its own time zone. Most of the continent experiences six months of constant daylight in the summer and six months of darkness in winter, so time seems more fluid. Scientists and researchers tend to stay on the time zone of the country to which their station belongs. Interestingly, at the South Pole, the lines of longitude which mark out the world’s time zones meet at a single point, which means that the Pole is technically in every time zone.
(Source: BBC)

8. At the South Pole, every direction is north

9. Antarctica is a desert

A desert is defined as a region which receives very little annual precipitation so while Antarctica is certainly not hot and sandy, it is classified as a desert given its low precipitation. In fact, Antarctica is the driest continent on Earth (as well as the coldest, windiest and highest on average).
(Source: BBC)

10. Antarctica has a ‘bloody’ waterfall

In a remote corner of Antarctica lies a glacier that ‘bleeds’. The deep red water of Blood Falls was first observed in 1911 but it wasn’t until 2017 that scientists discovered the cause. The water flowing from Taylor Glacier comes from a subglacial lake high in salt and oxidised iron, which gives the falls a bloody hue.
(Source: National Geographic)

11. Some Antarctic species have ‘anti-freeze’ in their blood

One of the most interesting facts about Antarctica is that some of its fish species have special ‘anti-freeze’ proteins in their blood to stop them from freezing solid. Freshwater freezes at 0ºC (32ºF) but salt water can drop to -1.8ºC (28.75ºF) before freezing. Luckily, this evolutionary quirk allows the fish to survive in sub-zero temperatures.
(Source: New York Times)

12. Eleven people have been born in Antarctica

In January 1978, Emilio Marcos Palma became the first person to be born in Antarctica. His pregnant mother was reportedly sent there by Argentine authorities in an effort to claim a portion of the continent. Since then, 10 other babies have been born on the continent.
(Source: Guinness World Records)

13. It’s possible to run a marathon in Antarctica

Deep Lake in Antarctica is so salty that it can’t freeze even in temperatures as low as -20°C (-4°F).
(Source: Nature)

15. The land in Antarctica is depressed by the weight of its ice

Antarctica’s ice sheet is so heavy that it has caused the land underneath to sink in places. Eastern Antarctica is about 2,500m (8,200ft) below sea level because of the colossal weight of the ice.
(Source: National Geographic)

The Antarctic Circle is a line of latitude at 66°33′49.0″ south of the Equator. Below this line, the sun remains continuously above the horizon for 24 hours at least once a year. For tourists, the line marks an official crossing into Antarctica (though it is possible to land on continental Antarctica without crossing the circle). Interestingly, the position of the line is not fixed ​​and is currently drifting southwards at a speed of about 14.5m (48ft) per year.
(Source: Britannica, World Ocean Review)

Kia and Peter raise a toast to crossing the Antarctic Circle

17. Long-term residents have to have their appendix removed

One of the most interesting facts about Antarctica pertains to Villas Las Estrellas, a settlement on King George Island and one of the few places in the continent where people can live for years rather than months. To settle there, residents must have their appendix removed to minimise the risk of medical emergencies. And they’re not the only ones. Doctors wintering at Australian Antarctic stations must undergo the procedure as well.
(Source: BBC, BBC, Australian Antarctic Program)

18. The Drake Passage is one of the most treacherous stretches of water

Most visitors to Antarctica must cross the Drake Passage, a notorious body of water between Chile’s Cape Horn and the South Shetland Islands where three oceans meet and waves can exceed 12m (40ft), unhindered by landmasses. The Drake is considered one of the most treacherous voyages for ships.
(Source: Britannica, NPR)

19. Antarctica is home to active volcanoes

Antarctica’s Mount Erebus is one of the most active volcanoes in the world. Located on Ross Island, it has a summit elevation of 3,794m (12,448ft) and is home to one of the world’s few persistent lava lakes. Erebus is remarkable because its low-level but persistent activity allows volcanologists to study the Strombolian eruptive system very close to the active vents (i.e. hundreds of metres).
(Source: NASA)

20. Antarctica is protected by the Antarctic Treaty

The Antarctic Treaty which came into force on 23rd June 1961 has ensured that Antarctica remains a peaceful place where the environment is protected and scientific research takes priority. Military activity on land or on ice shelves below 60 degrees south is prohibited and the countries active in Antarctica consult on the uses of the whole continent, with a commitment that it should not become the scene or object of international discord.
(Source: British Antarctic Survey)