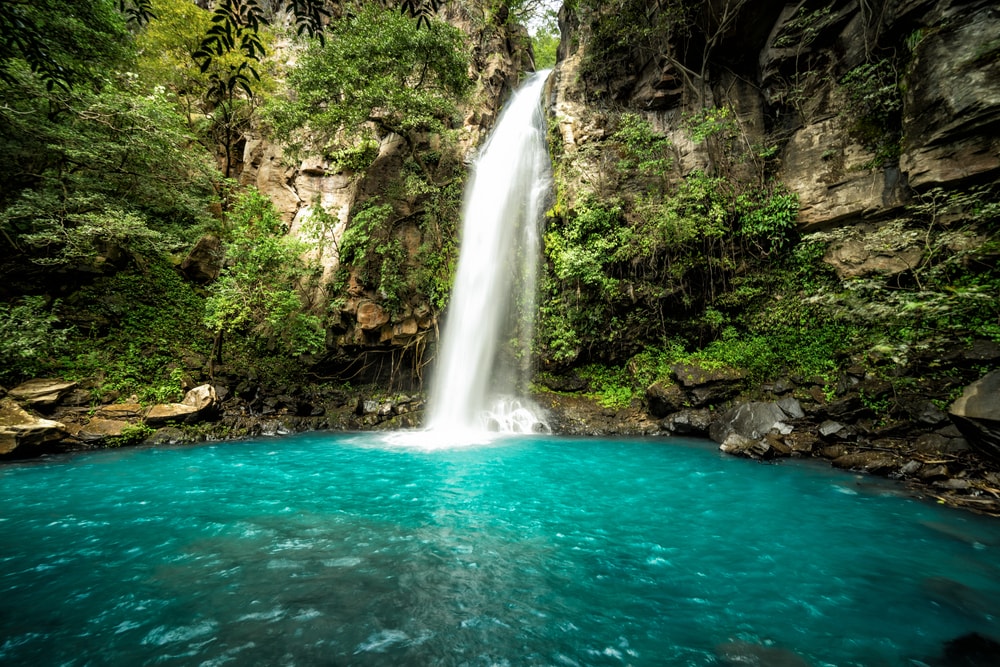 The tiny republic of Costa Rica is a Central American success story. Democratic, prosperous and stable, the country is an oasis in the midst of an often-turbulent region of the world.

We visited Costa Rica for nine days on our first-ever National Geographic Expedition. Highlights included clambering the slopes of a misty volcanic peak, hiking through a fairytale cloud forest in Santa Elena, searching for sloths in Manuel Antonio National Park and planting trees at the Monteverde Institute.

Our short but jam-packed trip revealed an array of interesting facts about Costa Rica, the best of which we share below.

1. Costa Rica represents around 6% of the world’s biodiversity even though it takes up only 0.03% of the planet’s land surface.
(Source: WWF)

3. Christopher Columbus, who in 1502 became the first European to visit the area, named the country.
(Source: BBC)

5. Costa Rica has the best record in respecting freedom of expression in Latin America and is ranked eighth globally in the press freedom index.
(Source: Reporters Without Borders)

6. Between 1849-59, Costa Rica led the fight against William Walker, an American imperialist who, with an army of mercenaries, attempted to take control of the region.
(Source: BBC)

7. Costa Rica has not had an army since 1948. The constitution has forbidden a standing military since 1949. Costa Rica is also the headquarters for the Inter-American Court of Human Rights and the United Nations’ University for Peace.
(Source: Telegraph)

8. As Costa Rica is located along the narrow Central American isthmus, it is possible to watch the sunrise over the Atlantic Ocean (Caribbean Sea) and the sunset over the Pacific Ocean in the same day. At its narrowest, the distance between the Pacific and the Caribbean is only 120km.
(Source: Britannica)

9. Some of the most interesting facts about Costa Rica stem from its commitment to environmental issues. In 2015, it pledged to become Earth’s first carbon-neutral nation by 2021 (having a net-zero release of carbon dioxide into the atmosphere).
(Source: New York Times)

10. Costa Rica currently generates more than 99% of its electricity using only renewable sources. In 2017, it set the world record for the most consecutive days of running electricity on renewable energy: 300 in total.
(Source: Independent)

11. Costa Rica was the first tropical country to stop and reverse deforestation. Over half of its land is now covered by forest compared with just 26% in 1983.
(Source: World Bank)

12. There are 14 known volcanoes in Costa Rica. Six of them have been active in the last 75 years.
(Source: Smithsonian Global Volcanism Program)

14. In Costa Rica, it is common to hear the phrase pura vida (pure life). It can mean many things including hello, goodbye, everything’s cool, same to you, but it never has a negative connotation.
(Source: Lonely Planet)

15. Coffee was introduced to Costa Rica in 1808 from Cuba and fast became its principal crop. Today, Costa Rica is the 15th highest exporter of coffee in the world. For a country of just 4.8 million, it exports a whopping 89,520 metric tons per year and consumes 2.76kg per capita.
(Source: BBC and International Coffee Organization)

16. Costa Rica is also the world’s third-highest exporter of bananas after Ecuador and Belgium.
(Source: WTEx)

18. Óscar Arias Sánchez, president of Costa Rica from 1986 to 1990 and from 2006 to 2010, won the Nobel Peace Prize in 1987 for his efforts to end the Central American crisis – a series of civil wars and revolutions which erupted in Central American countries in the 1970s and 80s.
(Source: The Nobel Prize)

Lonely Planet Costa Rica is a comprehensive guide to Costa Rica covering a range of activities and destinations along with many more interesting facts about Costa Rica.