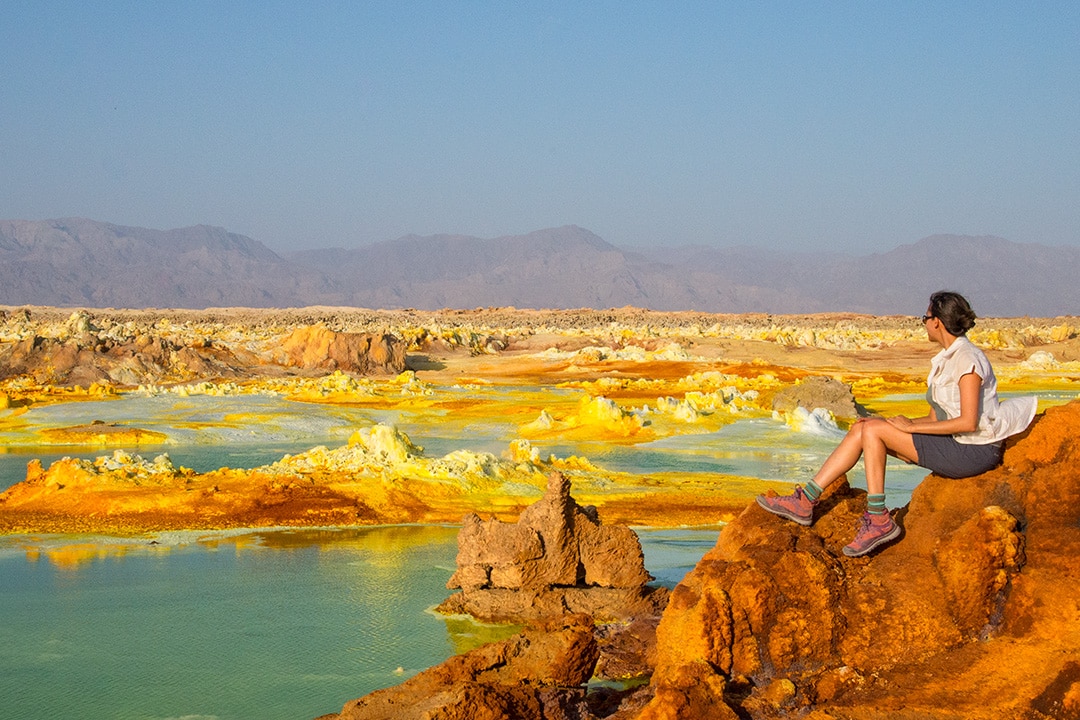 After a year and a half at home, Kia finds travel a little more challenging than it used to be

There’s a certain level of hubris that comes with a travel lifestyle. I’m not talking about the curated selfies of Instagram or endless filtered sunsets but travel that predates it: the hardened journo grabbing his go-bag en route to a conflict zone, the high-powered CEO taking another red eye, or the ‘third culture kid’ who frequently flies between three cities.

These people tend to wear travel like a badge of honour. They’re efficient in the airport queue, tsk-ing at those who are slower. They’re aggressive with their travel hacks and heavily armed with air miles. They’re adaptable, practical, unflappable – or at least they like to think so. They’ve been to that place you want to go and seen that thing you want to see, and are never shy about telling you so.

How do I know? Because I’m one of them. Or at least I used to be.

As part of running Atlas & Boots, I used to spend four to six months on the road each year – until the pandemic hit. As it stands, I haven’t travelled abroad in 14 months. I thought I’d be relieved to get back on the road, but I seem to have lost my traveller edge.

It’s not that I’m fearful of heading back into the world (like every columnist in the country it seems). Rather, I’ve lost that edge that made me comfortable with itinerancy.

Last week, Peter and I went on a short trip to London and stayed in three different places in the space of a week. I found myself feeling annoyed and stressed at having to pack and unpack repeatedly. I disliked having the wrong coat or wrong shoes or wrong bag for my various engagements – something I don’t usually fret about when packing ultralight for the road.

I didn’t like sleeping on pillows that were too soft or too hard, or using a hair dryer that wasn’t mine. I got cold and hangry when stuck on a train platform, and hot and bothered when carrying my luggage up a flight of stairs.

For more or less a decade, travel has been a part of who I am. Whether sleeping with snakes in the outback or with rats by an active volcano, I’ve been able to grit my teeth and get on with it. On last week’s trip, however, I was tested by trivial things: the slightly smaller bathroom than my one at home, the underwhelming breakfast at a Hackney cafe. It made me realise that in staying home this past year, I’ve lost a part of my identity.

“For a long time, travel has been a part of who I am”

Years ago, I wrote about the greatest myth in travel. In it, I explained that there’s absolutely nothing wrong with not wanting to travel. I also implied that I personally would never tire of it, so I’m surprised to find otherwise.

The solution, I believe, is to get back on the road. I don’t think it will be as effortless as I would like. I’m sure I’ll struggle without my creature comforts and I dare say that other passengers will annoy me more than usual with their reclining seats, noisy chewing and manspreading, but given that travel has played such a big part in helping me live a full and fulfilled life, I think I’ll relearn to cope.

I’ll see you out there.