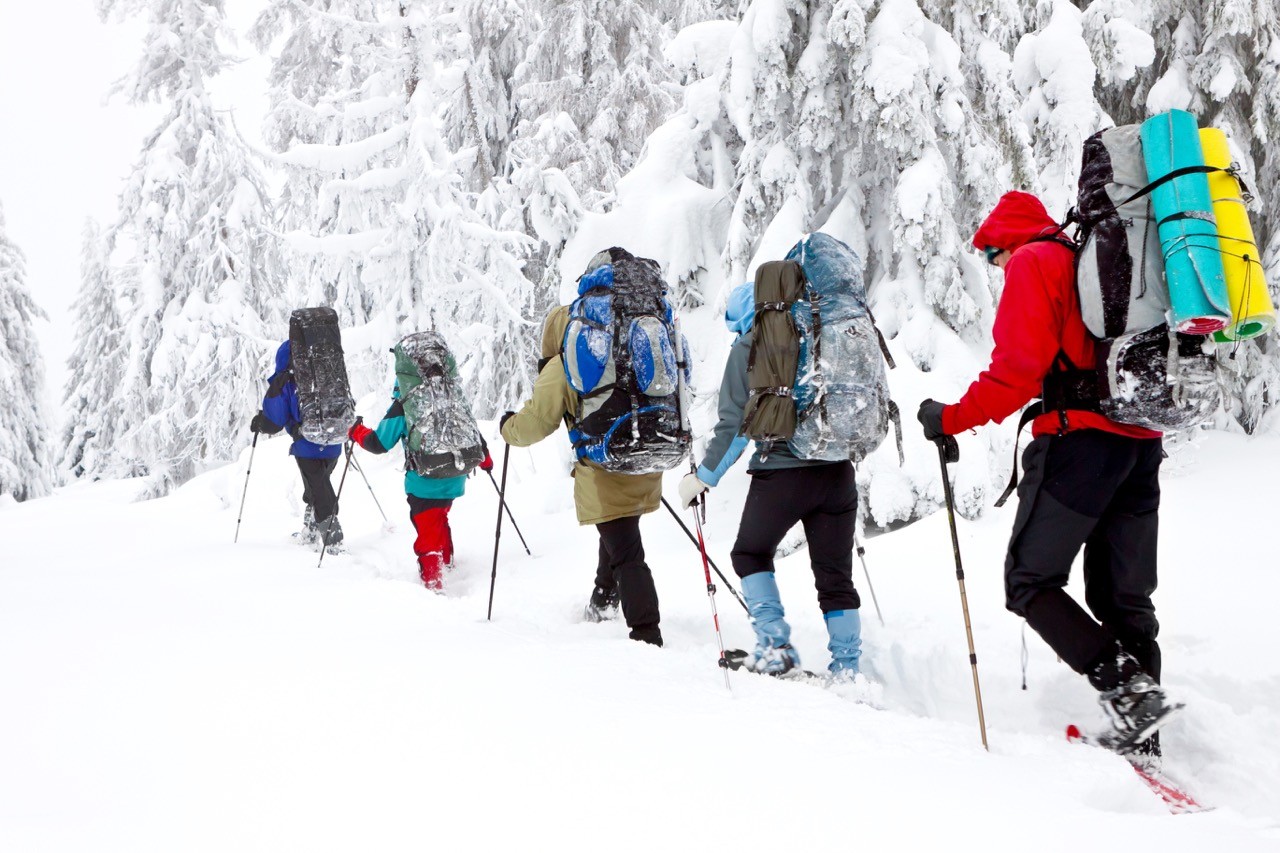 Recently, I re-watched one of my favourite mountaineering movies: Everest.

Historically, even the best mountaineering films have struggled to bridge the gap between climbing documentary and Hollywood blockbuster.

However, Everest – released in 2015 and starring Jake Gyllenhaal and Josh Brolin – managed to please both thrill-seeking moviegoers and mountaineers alike (unless you’re Jon Krakauer of course).

I would rate the film right up there with the wince-inducing 127 Hours (2010) and North Face (2008), a chilling German film about a failed attempt on the Eiger.

Inspired by Everest, I’ve put together a mountain movies list (in no particular order) of the greatest mountaineering movies ever made. Brrr…

1. Touching the Void (2003)
Widely considered as one of the best climbing disaster movies ever, Simpson and Yates’ now infamous ordeal is re-enacted on the Peruvian Siula Grande. The footage is utterly engrossing and the haunting interviews add an emotional depth to this thrilling piece of cinema.

2. North Face (2008)
In 1936, two German climbers begin a daring attempt to conquer the unclimbed north face of the Eiger, spurred by Nazi propaganda urging the nation’s Alpinists to push further.

3. The Summit (2012)
In one of the best mountaineering movies made, filmmaker Nick Ryan interviews the survivors of the 2008 K2 expedition and, together with footage recorded on the mountain, offers an insight into the reasons behind the 11 lives lost.

4. Everest (2015)
The story of the tragic 1996 climbing expedition in which two groups attempt to reach the summit of Everest. Although the groups had plenty of experience and training, nothing prepares them for the oncoming freak storm.

5. The Beckoning Silence (2007)
Joe Simpson travels to the treacherous North Face of the Eiger to tell the story of one of mountaineering’s most significant climbing tragedies. It was this story that first captured Simpson’s imagination and inspired him to take up mountaineering.

6. Beyond the Edge (2013)
This film documents the first conquest of Everest by Hillary and Norgay. Charting the treacherous conditions endured during the 1953 expedition, the film uses re-enactments and archive footage to recount the event that would stun the world.

7. 127 Hours (2010)
The unbelievable account of Aron Ralston’s remarkable adventure to save himself after a boulder crushes his arm and traps him. With only a little water, a blunt penknife and the will to survive, he does everything in order to escape. Gulp.

8. The Eiger Sanction (1975)
A college lecturer (Clint Eastwood) tops up his university wage by carrying out the occasional assassination. His latest assignment involves joining an expedition up the Eiger, identifying the Russian killer amongst the group, and then neutralising him. Classic Clint.

9. The Wildest Dream: Conquest of Everest (2010)
One of the best movies about Everest, this documentary explores the mysteries around the death of George Mallory and Andrew Irvine on Everest in 1924. Conrad Anker retraces their journey in an attempt to answer some of the questions.

10. Scream Of Stone (1991)
Another Werner Herzog film about obsession. Donald Sutherland stars as Ivan, a journalist and climber who instigates a rivalry between two professional climbers: Roccia, a professional climber and Martin, a champion indoor climber.

11. Meru (2015)
Alpinists Conrad Anker, Jimmy Chin and Renan Ozturk attempt to climb the Shark’s Fin on Mount Meru, a 6,400m peak in Northern India and the ultimate challenge in the high-stakes world of big-wall climbing.

12. Everest (1998)
This giant-screen IMAX motion picture was filmed during the infamous 1996 storm that claimed eight lives. It documents the filmmakers’ harrowing rescue efforts to help surviving members of the ill-fated group.

13. Nanga Parbat (2010)
A dramatic account of sibling mountaineers Reinhold and Guenther Messner’s ambitious 1970 expedition to the summit of Nanga Parbat.

14. Sherpa (2015)
A different approach to climbing movies, Sherpa charts the Everest story from a perspective rarely seen. The movie asks the question: is continued foreign obsession with Everest bad for Nepal, Khumbu and the Sherpas?

15. Beyond the Heights (2015)
The eagerly awaited documentary about young Pakistani mountaineer Samina Baig who, at the age of 22, became the first Pakistani woman to summit Mount Everest.

16. To the Limit (2007)
Alexander and Thomas Huber rank are two of the world’s best rock climbers. The siblings set out to break the speed climbing record on El Capitan’s 883m sheer cliff known as ‘The Nose’.

17. K2 (1991)
Two climbers attempt to scale the world’s second-highest mountain in this visually impressive adventure. The bulk of the film focuses on the dangerous climb and the even more perilous descent, plagued by trials both human and natural.

18. The Holy Mountain (1926)
Not to be confused with the very different 1973 film of the same name, this early mountaineering film follows a dancer who finds herself at the apex of a love triangle when she is pursued by two climbers who become lost in the mountains.

19. The Conquest Of Everest (1953)
The original climbing documentary charting when Sir Edmund Hillary and Tenzing Norgay became the first men to conquer Mount Everest. Remastered and re-released in 2007, this still stands as one of the best mountaineering movies ever made.

20. Free Solo (2018)
Acclaimed climber Alex Honnold prepares to scale the 1,000m El Capitan in Yosemite without a rope. Outside magazine declared Free Solo the “the best climbing movie ever made”.

21. The Alps (2007)
On the sheer rock-and-ice wall known as the Eiger, an American climber is about to embark on the most perilous and meaningful ascent he has ever undertaken: an attempt to scale the legendary mountain that took his renowned father’s life.

22. The White Tower (1950)
Glenn Ford and Italian screen legend Alida Valli star in this gripping 1950 action drama set in the Swiss Alps. The White Tower is an Alpine peak that has never been tamed by man. It is said to be impossible to climb and conquer.

23. Blindsight (2006)
The gripping adventure of six blind Tibetan teenagers who set out to climb the 7,000m Lhakpa Ri on the north side of Mount Everest. The journey soon becomes a seemingly impossible challenge.

24. The Mountain (1956)
When a passenger plane crashes near the top of Mont Blanc in the Alps, greedy Christopher Teller decides to rob the dead. However, he has no hope of getting to the crash site without the help of his older brother, a highly-skilled mountain climber.

25. The Dawn Wall (2018)
In 2015, American rock climbers Tommy Caldwell and Kevin Jorgeson captivated the world with their effort to climb a 1,000m rock face in Yosemite. The pair lived on the vertical cliff for weeks, igniting a frenzy of global media attention.

Here’s what our readers have added to our list of the best mountaineering films ever made.