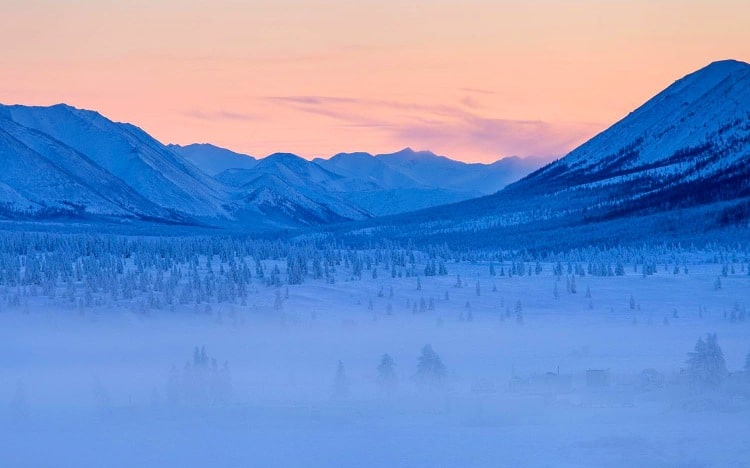 The research station is one of the most isolated on the Antarctic continent and typically houses 25 scientists year round.

The name says it all really, doesn’t it? A ground temperature of 93.9 °C (201 °F) was recorded here on 15 July 1972. That’s like just below boiling point, right? The words ‘furnace’ and ‘death’ are apt names for any place that gets anywhere near that temperature.

Despite this, the national park is now a tourist destination that houses a visitor centre and numerous hiking trails. To think I drove through there without the AC on just a few weeks ago…

Quite frankly, I can’t believe it’s not London. However, the village of Mawsynram receives 467 inches (11.86 metres) of rain per year. Mawsynram is in India but thanks to the proximity of Bangladesh’s floodplains and the air currents endlessly gathering moisture above them, Mawsynram “enjoys” near constant rain. Does sound a bit like London albeit with a much smaller population: 1,337.

This place is regularly compared to Mars. NASA even duplicated the tests they conduct on Mars and discovered that parts of the Atacama “missed present signs of life in soil samples” making it essentially alien. The Atacama stretches across 105,000 square kilometres (41,000 square miles) of South America and occupies parts of four countries.

The average rainfall is about 15 millimeters (0.59 inches) per year meaning there is an almost total lack of precipitation in many areas of the desert. Unsurprisingly, the desert is one the most sparsely populated areas on the planet.

The 500 people who live here experience days ranging from 3 hours in December to 21 hours in June thanks to its northerly position. In 1933, the temperature dropped to -67.7 °C (-90 °F) putting in contention for the coldest place on Earth (full stop) for a while.

The climate is brutal, regularly cutting off the town from the rest of Russia, making Oymyakon one of the most remote places on Earth as well.

In another part of the world in another time Dallol may well have been a popular tourism destination considering it boasted an average daily maximum temperature of 41.1 °C (106.0 °F) between 1960 to 1966.

Unfortunately, temperatures like that do nothing to aid a country suffering from terminal droughts and famines. There’s no estimate for the local population here, which is kind of expected due to its remoteness and also that it’s 130m (-430ft) below sea level.

It would take about 36 seconds for a 170 lb (77kg) person to fall the 1,250 m (4,101 ft) from the cliff face 400 metres below the summit of Mount Thor. The overhanging cliff slopes at an average angle of 15 degrees from vertical, meaning if you were unlucky enough to fall, you wouldn’t hit a thing until you hit the bottom.

Erm, good? Regardless, it still proves a popular spot for climbing and mountaineering.

Most dangerous place on Earth

This is a difficult ‘accolade’ to measure considering all the different factors. However, Afghanistan and Syria have repeatedly been named the most dangerous countries in the world according to the Global Peace Index (GPI) report.

Additionally, the city of San Pedro Sula in Honduras holds the mantle as the world’s most dangerous city with 1,319 people murdered in 2014 and a murder rate of 171.20 homicides per 100,000 inhabitants.

At the other end of the spectrum are the safest places on Earth, which unsurprisingly are also among the most expensive. Monaco and Liechtenstein (both in Europe) have both recorded zero murder rates in recent years.

Both are developed countries with strong healthcare and medical systems in place and neither are in immediate danger of natural disasters. Alright for some, isn’t it? And by some I mean movie stars, playboys and Formula 1 drivers.

Other extreme places on Earth