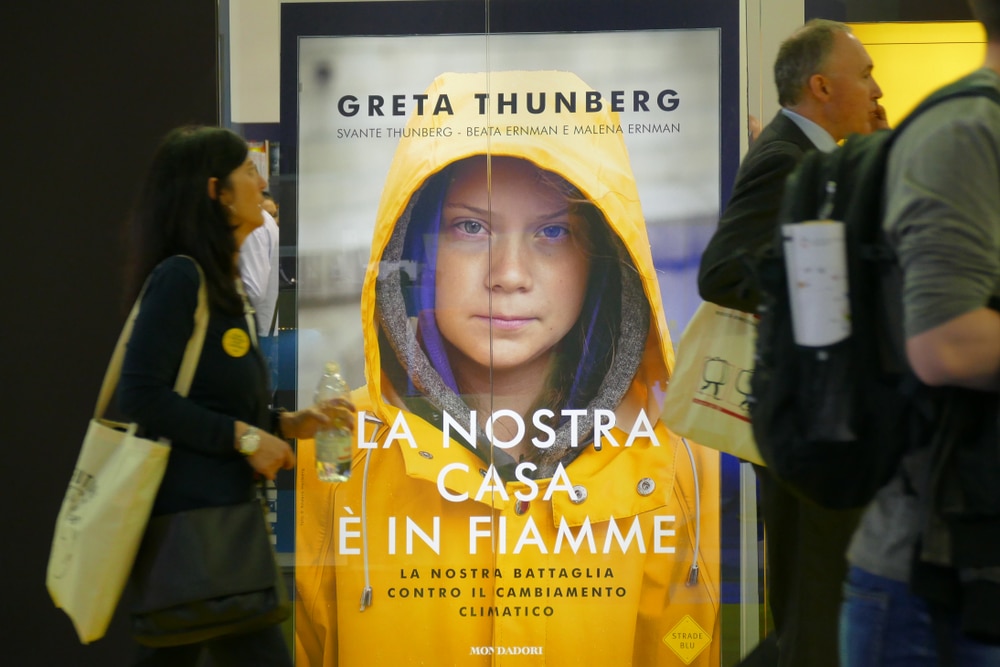 Greta Thunberg challenges the idea that it’s okay to do what you can instead of everything you can in the fight against climate change, which is why she makes us – and so many others – feel uneasy.

You see, no one likes to be called out as weak or hypocritical. Would-be environmentalists might become vegetarian and fly less and recycle more, but when we see Greta Thunberg living her convictions more staunchly, it makes us question our dedication.

We at Atlas & Boots frequently champion environmental causes. We’ve lamented the fact that the world is not getting better, shared easy ways to travel green and tackled meat consumption, overpopulation, overtourism and extinction tourism.

We have taken steps to offset our carbon footprint and you will never find us boasting, like some do, about the number of flights we’ve taken this year.

We try to avoid taking short trips like the ones we did to the Faroe Islands and Catalonia in favour of longer trips where two flights might mean we’re away for months as opposed to only days. I haven’t eaten meat since the age of 13 and Peter is (largely) vegetarian too.

And yet, we do still fly and we are not vegan, which is why it was startling to hear former cattleman-turned-climate-activist Howard Lyman say in Cowspiracy that you simply can’t be an environmentalist and eat animal products.

This unsettled us in the same way as does Greta Thunberg. This schoolgirl activist personifies harsh things we know to be true, but that we ignore in the hopes that someone else will fix the issue.

When, in August 2018, Greta started a solo climate protest outside Sweden’s parliament building, no one imagined it would spark a global movement in which a million students staged school strikes across 125 countries and earn her a Nobel Peace Prize nomination. Greta showed that you must do everything you can, which is why she so riles the powerful.

In August 2019, Mohammed Barkindo, Secretary General at the Organization of the Petroleum Exporting Countries, called Greta and other activists the “greatest threat” to the fossil fuel industry.

Politicians and pundits have been more vociferous, labelling her as “strange”, “chilling”, the “deeply disturbed messiah of the global warming movement”, an “apocalyptic guru”, “freakishly influential” and someone who “increasingly looks and sounds like a cult member”.

Greta, who is vegan and has given up flying, is a threat because she forces us to confront issues we would rather avoid. She isn’t perfect and neither should we expect her to be, but she is effective in highlighting some harsh home truths.

According to the UN’s Tackling Climate Change Through Livestock report, animal agriculture is responsible for a greater proportion of global greenhouse-gas emissions than all of transportation including air travel (14 to 18% versus 13.5%).

Researchers at the University of Oxford found that going vegan could reduce our carbon footprint from food by up to 73%.

Joseph Poore, environmental researcher at the university, says: “A vegan diet is probably the single biggest way to reduce your impact on planet Earth … It is far bigger than cutting down on your flights or buying an electric car.”

This is contentious for a number of reasons. The right to reproduce is widely regarded as a basic human right. Efforts to curb the rate of reproduction is likely to be seen as draconian, which may explain why politicians simply refuse to discuss it.

Some argue that it’s not how many people there are but how much they consume. An American produces 40 times the emissions of a Bangladeshi, so it’s not just about how many children you have but also where and who you are.

A transatlantic round-trip flight can release around 1.6 tonnes of CO2, almost as much as the average yearly emissions of one person in India.

If your income is pegged to travel – like ours – then opt for fewer, longer trips over numerous short trips. Take alternative modes of transport where possible. It’s true that we can’t all charter solar-powered yachts for our Atlantic crossing, but we can take trains and ferries and more sustainable transport.

Give up fast fashion

The clothing sector represents around 3% of the world’s global CO2 emissions. The pace of fast fashion contributes to this figure as low-quality clothes are bought and discarded after very little use.

It’s important to invest in better, longer-lasting clothes. Opt for natural fibres over synthetic materials, the latter of which release hundreds of thousands of plastic microfibres per wash, most of which ends up in our oceans.

Scientists have found that when one person makes a socially conscious decision, other people follow their lead. For example, customers at a cafe in the US who were told that 30% of Americans had started eating less meat were twice as likely to order a meat-free lunch. In California, households were more likely to install solar panels in neighbourhoods that already have them.

This domino effect is, perhaps, why people have reacted so strongly to Greta Thunberg. She sets an example that is hard to ignore. Her actions compel us to confront our indifference and apathy, our inertia and hypocrisy when faced with the biggest crisis of our times.

“Where are the adults?” she has asked on Twitter. The answer is that we’re everywhere, but we’re too busy passing the buck.

In August 2018, 15-year-old Greta Thunberg decided not to go to school one day. Her actions sparked a global movement for action against the climate crisis and earned her a Nobel Peace Prize nomination. No One Is Too Small to Make a Difference brings you Greta in her own words, for the first time.