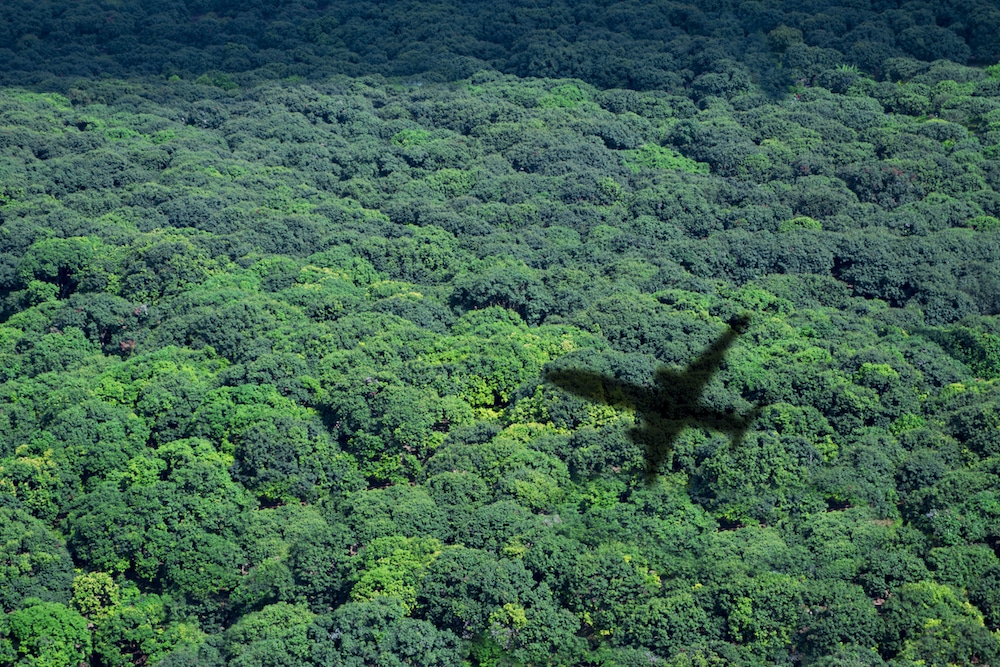 Travelling green takes a little extra effort at first – but can soon become second nature. Here are some easy ways to travel green which will save you money too

We at Atlas & Boots strongly believe that travel is a force for good. However, when you consider the environmental impact of commercial aviation, the overwhelming numbers flocking to sensitive ecosystems and the tourist-driven strain on resources, travel doesn’t look quite so pretty.

Whether it’s an appetite for low-budget air travel, air conditioned rooms or fully charged smartphones on the end of selfie sticks, the compulsion to travel takes a heavy toll on our planet.

Ecotourism is often touted as the answer but this is often just a byword for spending big on eco-lodges or sustainable tours that claim they care when their main concern is the marketing potential of ecotourism – also known as greenwashing.

There are ways you can be an environmentally conscious traveller without forking out huge sums for ecotours and the like. Here are 10 easy ways to travel green and make that toll a little bit lighter.

If possible, choose accommodation that uses green technology like solar panels, or even a carbon neutral hotel.

On an individual level, opt for renewable energy sources for charging mobile devices on the go. We use a lightweight solar phone charger as well as a more durable waterproof one for hiking trips.

Solar chargers are currently popular but more and more ingenious contraptions are being thought up all the time, from mini wind powered turbines to thermoelectric wellington boots!

A couple of years ago, we invested in a SteriPEN water purifier and have never looked back. It’s one of those products that really does make a difference. If we’re honest we bought it to save money without really giving a thought to the environmental benefits.

However, the reality is that by purifying local water we’ve avoided buying hundreds of plastic bottles of water. There are several options available on the market now such as the LifeStraw or Sawyer Mini, but we’re still carrying our trusty SteriPEN.

In 2014, England introduced a countrywide five pence charge on plastic bags. The result was that plastic bag usage plummeted by an astounding 83% in one year. If I had it my way, they would be banned outright, but the point is that charging people to use plastic bags drastically reduces the number in circulation thereby minimising environmental impact.

Some countries have banned plastic bags altogether but most still use them in their millions with or without a levy. Plastic bags do not biodegrade so just say no to them. If you’re travelling you probably have a backpack or beach bag with you which can be used instead. If you must carry one or two then reuse them for as long as possible – around 1,000 years.

4. Use power banks instead of batteries

Batteries contain many hazardous metals such as lead, mercury, cadmium, zinc, manganese and lithium. Most used batteries are buried in landfills and take decades to degrade – and while they do, the metals contaminate groundwater, spreading the pollutants over a wider area.

Using power banks that charge off mains electricity is a far more economic, efficient and greener way of charging your devices on the road. This way you don’t have to carry any traditional batteries or rechargeable batteries to provide energy on the go.

We travel with a couple of different models of power banks that include a mini-phone charger each for our smartphones and ereaders as well as a more heavy-duty waterproof power bank.

5. Use the fan instead of the AC

This is my guilty pleasure and something I need to work on. I get hot ridiculously quickly and sweat like a racehorse but that’s no excuse for reaching for the air con remote instead of the fan switch.

If your hotel offers a non-air con (and cheaper) option, then opt for that to avoid any temptation. Failing that, lock the remote in the safe or hand it back to reception if you think you can’t resist.

If you’re camping then by default you should be leaving a smaller carbon footprint in comparison to a hotel stay. But go a step further and abide by Leave No Trace, a set of outdoor ethics that promote conservation in the outdoors.

When on safari or visiting national parks take extra precautions to ensure animals are being treated properly and that tour guides are not harassing or crowding the wildlife. Always try to use certified tour companies that adhere to international conventions.

Whether it’s going off trail, feeding wild animals or picking shells from the beach, never break local rules. These are designed to limit the impact of tourism and it is intrinsic to the local environment that they’re adhered to.

Can you take a bus or, even better, a train, instead of a hired car or flight? On shorter journeys, choose to walk, cycle or even canoe if possible! If you must drive, try to carpool with fellow travellers. Some cities even have electric taxi services.

Travel destinations such as the Galápagos Islands or Greenland are massively impacted by rising tourism numbers and need visitors to be more conscientious when visiting.

Hotels will argue that their motivation is to save the environment, but you can be sure they’re more concerned with profits. Regardless, reusing towels is greener so follow your hotelier’s recommendation to reuse towels and not have them washed and replaced every day. Just think: how often do you wash your towels at home?

A no-brainer really. Not only will locally sourced ingredients taste much better (since they’re fresher and presumably cooked by locals who know their own cuisine), but they will leave a much smaller carbon footprint. Whatever you do, don’t eat endangered species such as turtle, shark, caribou or over-fished salmon species.