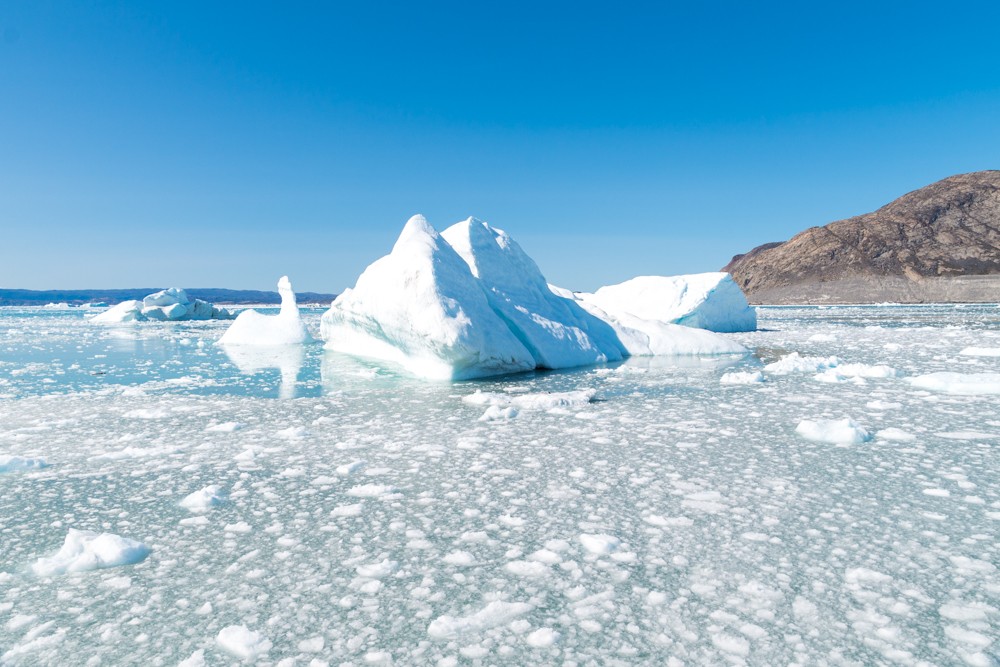 My recent trip to Greenland was defined by highs and lows – literally and metaphorically. My up-and-down adventures trekking the Arctic Circle Trail were thrilling but also tinged with bitter disappointment when I failed to complete the trek due to a wildfire.

My spirits were lifted, however, by a captivating night camping at Russell Glacier followed by an unplanned stint in Ilulissat. I was rejuvenated by a series of exhilarating excursions including a visit to Eqi Glacier, a midnight-sun iceberg sightseeing boat trip and plenty of hiking around the icefjord.

Greenland is one of the most wondrous destinations on Earth. It is home to the kind of spectacular scenery that can only be found in the most extremes of the planet: the Polar Regions. However, unlike Antarctica, Greenland is much more accessible; flights from Copenhagen in Denmark take fewer than five hours to reach Kangerlussuaq.

My time in Greenland was intense and tempestuous but superb nonetheless. Very few destinations can boast such magnificent scenery and pure, unadulterated wilderness.

Below, I share the most interesting facts about Greenland I picked up during my extraordinary visit.

1. Greenland is part of Denmark. It is a Danish dependent territory with limited self-government and its own parliament.
(Source: BBC)

2. The first humans are believed to have arrived in Greenland around 2500BC. DNA analysis from a hair sample discovered in northern Greenland is thought to be 4,500 years old.
(Source: New York Times)

3. Erik the Red founded the first European settlement on Greenland circa 982. He named the country Greenland as he believed it sounded more attractive to prospective settlers.
(Source: Britannica)

4. Greenland is larger than Mexico, but has a tiny population of around 57,000 people. Mexico in contrast is home to nearly 130 million people.
(Source: CIA World Factbook)

5. Greenland is also the least densely populated territory in the world. It has just 0.03 people per square kilometre of land.
(Source: World Bank)

6. Discounting continental landmasses such as Afro-Eurasia, the Americas, Antarctica and Australia, Greenland is the largest island in the world.
(Source: BBC)

7. Over 80% of Greenland’s land mass is covered by an ice cap (or ice sheet). It is the largest ice mass in the Northern Hemisphere, second only in size to the Antarctic ice mass.
(Source: Britannica)

8. Greenland’s ice sheet has been melting at unprecedented rates due to climate change. Recent years have seen hundreds of billions of tonnes of ice lost, with the ice cap receding and global sea levels rising as a result.
(Source: BBC)

9. In 2019, Donald Trump expressed interest in buying Greenland for the US. He was widely ridiculed for his ill-considered comments with the Greenlandic government responding, “Greenland is obviously not for sale” and the Danish government saying, “It must be an April Fools’ Day joke… but totally out of season.”
(Source: The Guardian)

10. Greenland’s national animal is the polar bear. The country’s coat of arms features a bear on a blue shield.
(Source: World Atlas)

11. Greenland is actually part of the second largest desert on Earth. The two largest are in the Polar Regions: the Antarctic Polar Desert and the Arctic Polar Desert. Both areas receive so little precipitation they are classed as deserts. There is plenty of snow but no rain.
(Source: National Geographic)

13. Similarly, igloos originate in Greenland. The dome-shaped dwellings are built from blocks of snow.
(Source: Britannica)

14. There are very few intercity roads and no railways in Greenland, so cities are connected via planes or ferries if located on the coast.
(Source: Visit Greenland)

15. In 2015, a new study announced that Greenland once really was green. Using data from a 3,053m-long core of ice and bedrock collected in 1993, the study suggests that Greenland was entirely ice-free at some point in the last 1.25 million years.
(Source: Science Magazine)

17. Dog sledding or ‘mushing’ has a long history in Greenland. As such, there are strict crossbreeding regulations for sled dogs. No other breeds are allowed into sled dog territory and if sled dogs leave the area, they cannot return.
(Source: Visit Greenland)

19. Finally, one of the most interesting facts about Greenland is that it’s one of several countries considered to be trans-continental (countries lying on more than one continent). Geographically, Greenland is classified as part of North America because it lies on the North American tectonic plate. Politically, the country is recognised as part of Europe.
(Source: World Atlas)