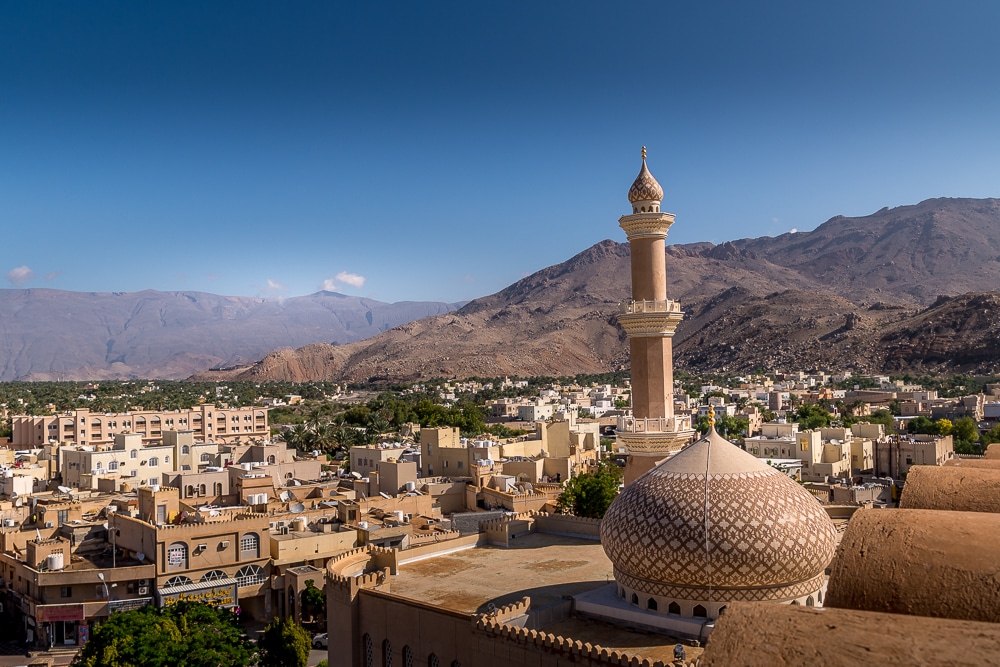 Perched in the southeast corner of the Arabian Peninsula at the confluence of The Gulf and the Indian Ocean, Oman has emerged from the isolationism of its past as an intriguing alternative for tourists to the region.

With 1,700km of glinting coastline, secluded beaches and gargantuan sand dunes along with a rugged interior, Oman has seen visitor numbers rise significantly over the past five years.

The sultanate’s ambitions do not stop there with plans to increase the number of international visitors to five million in 2020. Several incentives have been implemented recently including a hassle-free visa process and a revamped airport.

During our six-day journey through the north of the country we learnt myriad interesting facts about Oman, the best of which we share below.

1. Oman is the oldest independent state in the Arab world, with the current ruling dynasty dating back to 1749.
(Source: BBC News)

2. From 1891 to 1951, ‘Oman and Muscat‘ was a British Protectorate. Under a new treaty in 1951, Oman received complete independence from Britain.
(Source: Encyclopedia)

3. The current sultan of Oman, Sultan Qaboos Bin Said, is the longest-serving ruler in the Middle East. He came to power in 1970.
(Source: The Economist)

4. It is rumoured that Sultan Qaboos Bin Said is terminally ill, but his choice of successor remains unknown. He has no children and has not publicly appointed a successor. It is reported that he has secretly recorded his choice in a sealed envelope addressed to the royal family council.
(Source: The Guardian)

5. Until 1970, Oman experienced decades of international isolation and was a society run by an outdated system of feudalism. Since 1970, Sultan Qaboos Bin Said has opened up the country by implementing economic reforms and boosting spending on health, education and welfare.
(Source: BBC News)

6. Sultan Qaboos Bin Said deposed his father during a palace coup supported by the British military in 1970. The 60‐year‐old Said bin Taimur accidentally shot himself in the foot during the coup and was flown to the UK. He lived out his life in London’s Dorchester Hotel until his death in 1972.
(Source: New York Times and The Telegraph)

8. Between 1800 and 1900, the Omani empire included Zanzibar and Mombasa on Africa’s east coast and parts of the Indian subcontinent.
(Source: BBC News)

9. In fact, Oman’s capital was once moved to Africa: Stone Town, on the island of Zanzibar in modern day Tanzania. The then sultan, Said bin Sultan, liked the outpost so much he relocated the capital from Muscat to Zanzibar in 1832.
(Source: Britannica)

10. Oman is terrorism free. It scored zero in the latest Global Terrorism Index (GTI), meaning terrorism has “no impact” on the country.
(Source: Vision of Humanity / Institute for Economics and Peace)

11. Portugal once ruled the coastal regions of Oman. In 1507, the Portuguese sacked and captured Muscat. They were driven out in 1650.
(Source: BBC News)

12. Oman is one of 27 countries that do not have any trains.
(Source: The Telegraph)

13. Oman once fought the shortest war in recorded history. On 27th August 1896, the Anglo-Zanzibar War fought between Oman and Britain lasted no longer than 40 minutes.
(Source: Britannica)

14. Oman was one of the last countries to abolish slavery. It was finally outlawed in 1970. Only Mauritania in 1981 was later.
(Source: Clarence-Smith, W. G. (2006). Islam and the Abolition of Slavery. New York: Oxford University Press)

15. Used for 6,000 years as a perfume and panacea, frankincense was once the main source of wealth in Oman and was prized more than gold. The frankincense trees of Oman have even been inscribed as a UNESCO World Heritage Site: the Land of Frankincense.
(Source: BBC Travel)

16. The island of Jazirat al Maqlab, known as Telegraph Island, is thought to be the origin of the phrase ‘going round the bend’. It was a former British telegraph station hidden ‘around the bend’ from the headland. It is said that the monotony of being stationed on the island was enough to trigger madness.
(Source: Independent)

17. Oman is an important turtle-nesting site for the endangered green turtle. Ras Al Jinz sees more than 20,000 female turtles return annually to the beach where they hatched to lay their own eggs.
(Source: Lonely Planet)

18. The largest uninterrupted sand desert in the world is partly located in Oman. Rub’ al Khali – or the Empty Quarter in English – is 650,000km2 in size.
(Source: Britannica)

19. The national symbol of Oman is a khanjar dagger and a pair of crossed swords. The khanjar is a ceremonial dagger worn by Omani men for formal occasions. The Omani royal family adopted the emblem in the mid-18th century.
(Source: DK Publishing (2008) Complete Flags of the World. London: DK)

20. Oman’s flag is made up of three stripes (white, green and red) with a red bar on the left that contains the national emblem. White represents the imam and peace; green represents the mountains and fertility; red represents the indigenous people, the Kharijite Muslims, and is common on flags of the Gulf States.
(Source: DK Publishing (2008) Complete Flags of the World. London: DK)

21. Oman is an excellent destination for birdwatching. The country’s location at the crossroads of three continents – Europe, Africa and Asia – makes it a great place to observe migratory birds.
(Source: Bradt Guides)

Lonely Planet Oman, UAE & Arabian Peninsula includes many more interesting facts about Oman along with a comprehensive guide to the region.