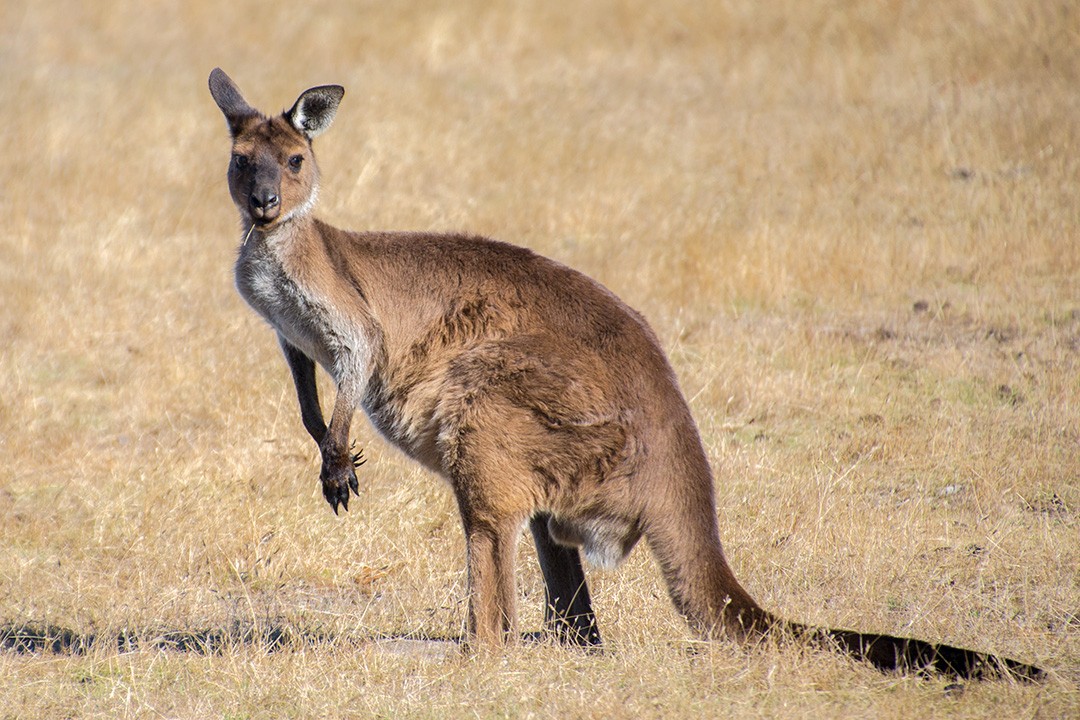 From charming wildlife to soaring sand dunes, we share the best things to do on Kangaroo Island in Australia

Kangaroo Island doesn’t get much billing among the famous sights of Australia. There’s Uluru of course and the Great Barrier Reef and the cities of Sydney and Melbourne, but Kangaroo Island remains less known – perhaps no bad thing.

Home to around 60,000 kangaroos, this island has more roos than it does people. The roads are straight and empty and the pace of life is slow: a little bit prairie, a little homegrown.

Once used as a base by sealers and whalers, the island is now home to around 4,500 people – which means there are over 13 kangaroos for every human being!

Of course, kangaroos aren’t the island’s only attraction; there are seals, wallabies and koalas too. We spent three days there and share below the best things to do on Kangaroo island including a list of sights, a map and essential information on how to get to Kangaroo Island.

One of South Australia’s top national parks, Flinders Chase occupies the western end of Kangaroo Island. With canopies of sugar-gum and mallee scrub, the park is perfect for hiking. There’s more to do than hike here though. From the twisted formations of the Remarkable Rocks to the jagged edges of Admirals Arch, the park is full of natural wonders that will easily swallow a morning or even a whole day.

We weren’t hoping for much from Little Sahara and tacked it onto the end of a day. As it turns out, it’s one of the best things to do on Kangaroo Island. The dunes in question are unexpectedly vast with reams of rolling white sand looming above the surrounding scrub. The scape is spoilt somewhat by sandboarders, so try to visit towards the end of the day to avoid the thickest crowds.

The Kelly Hill Caves are part of an intricate cave system comprising stalactite, stalagmite, shawl, helictite and column formations. The caves can only be seen by the guided Show Cave tour which takes visitors underground to explore the formations. It includes a silly gimmick or two, but is good fun nonetheless. Tours leave at designated times so do plan ahead (first departure at 10.30, then quarter past the hour until 16.15; more available in peak season).

Located on a rocky headland on the eastern end of the island, Cape Willoughby started shining in 1852, South Australia’s first lighthouse. Today, the picturesque white turret is used as a weather station. Inside, visitors can learn about the area’s rich maritime history and watch for whales from the top.

The Hanson Bay Wildlife Sanctuary is situated on the western end of Kangaroo Island between the Kelly Hill Caves and Flinders Chase National Park. Bordered by protected wilderness and the roiling Southern Ocean, Hanson Bay is home to grazing kangaroos and wallabies, sleepy koalas high in their trees and spiky echidnas waddling on the ground.

We spent an afternoon wandering the sanctuary and found it one of the best things to do on Kangaroo Island.

We chose not to visit this park as we wanted to see the island’s wildlife in a more natural setting. With that said, it is a huge hit with tourists and offers close encounters with wildlife including cuddling koalas and hand-feeding kangaroos. Given Australia’s stringent laws on conservation, we’re sure this doesn’t harm the animals, but we felt it was less than natural.

Seal Bay in the conservation park of the same name is home to the largest colony of Australian sea lions. Visitors can watch seals as they frolic on the beach, bask in the sun or swim in the sea. The beach is reached via a footpath that winds past dramatic cliffs and sand dunes. Guided tours leave every hour. For a less crowded experience, visit before 11am or after 1pm.

Emu Bay on the north coast of the island is the only beach that permits cars. Despite the shared access, the beach remains immaculate. With fine white sand grazed by gentle waves, it’s the perfect place for a morning swim or late afternoon laze.

The beach at Stokes Bay is utterly stunning. You may be underwhelmed on arrival, but don’t be fooled: the main attraction is a short walk from the carpark along a rocky footpath. Follow the signs for ‘beach’ (if in doubt, ask a local to point you in the right direction). We emerged from the rocks to discover one of the best beaches on Kangaroo Island – practically deserted too! Couple your visit with dinner at nearby Table 88, the restaurant that finally convinced us that tapas are worth the fuss.

Vivonne Bay on the south coast of Kangaroo Island offers a quiet spot for a stroll after a long day of exploring. The swimming didn’t look great, but the vast stretches of deserted sand make this worth a stop, not least for the paunchy seals who laze along the bay.

We didn’t make it to Antechamber Bay or Pennington Bay on the eastern side of the island, but we’re assured by locals that they’re two of the best beaches on Kangaroo Island. If you’re situated on that end of the island and can’t get to Stokes Bay (our favourite beach on the island), then do take pause at one of these bays.

Things to do on Kangaroo Island: map

Things to do on Kangaroo Island: the essentials

What: Things to do on Kangaroo Island, Australia.

Kingscote itself is the biggest town on the island and well positioned for accessing the main sights. It also offers the widest range of cafes and restaurants. Some of these close early, so do check opening times before you venture out.

Parking is included in the room rate and is generally easy to come by. When we enquired about parking limits at a local cafe, the owner smiled and said, “Don’t worry about a ticket; this is KI” which is all you really need to know about Kangaroo Island!

How: The Kangaroo Island Tour Pass offers 12 months’ access to Finders Chase National Park as well admission to several other sights on the island. Visitors can book online and pay entrance fees before arrival.

In terms of how to get to Kangaroo Island, the SeaLink Kangaroo Island Ferry operates daily (except Christmas Day) between Cape Jervis (two hours south of Adelaide) and Penneshaw on  Kangaroo Island. The ferry takes 45 minutes and accommodates vehicles and foot passengers. Coffee, snacks, wifi and a fully licensed cafe are available on board. Check fares and timetables, and book online.

For getting around Kangaroo Island, we recommend hiring a 4×4 from Hertz Australia. Our Toyota Rav4 provided a super-comfortable way of getting around the island. We appreciated the freedom of setting our own itinerary – and changing it when we wanted to spend a little while longer at Stokes Bay! As well as the latest offers, Hertz Together provides a range of travel guides, articles and destination ideas.