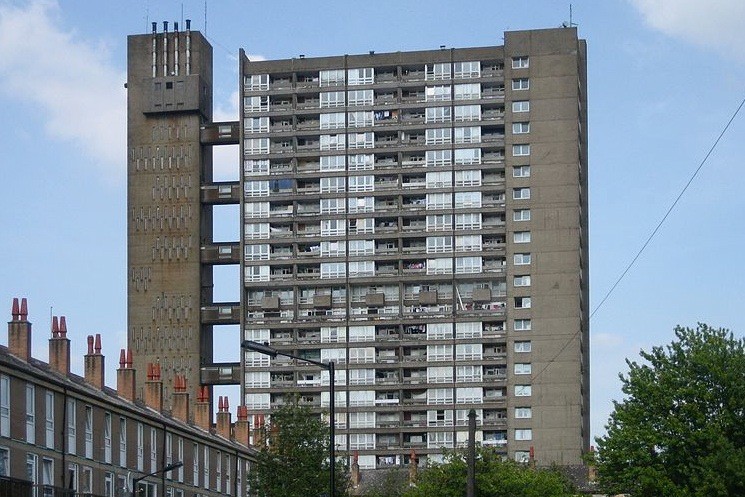 As our year of travel enters its final month, I find my nerves jangling at the thought of returning to city life. My hometown is a big, rambling jungle…

As our year of travel enters its final month, I find my nerves jangling at the thought of returning to London. My hometown is a big, rambling concrete jungle with few manners on display.

Ask me to describe a scenario typical to, say, Samoa and I would tell you how Samoans constantly swap seats and rearrange themselves on buses to make sure as many people as possible have a seat, usually even offering their own laps (see #4 of 5 surprising facts about Samoa).

Ask me a similar question of London and I’d probably tell you about the time I watched a man trip down the stairs at Oxford Circus tube station. He tumbled forward and landed upside down, head on the floor, legs still splayed across the stairs. He had a glazed look in his eyes and had lost a shoe in the process.

Everyone around me froze for a second, trying to decide if he was clumsy or drunk, wondering if they should help him or ignore him. We all opted for the latter, carefully picking our way around him.

As I passed, I heard him say “Sorry”, his voice lucid and embarrassed. In that moment I hated myself for not trying to help or reassure him. Big cities numb you to other people: their problems, their pains, their very presence.

Perhaps it’s necessary as a survival tactic. Perhaps it’s just not possible to care about eight million people when you’re all jostling for space in a suffocating city, but there are small things we can do to make life easier for us and those around us.

1. Stop fighting for fragments of time

There’s a special kind of anger that bubbles inside me when I’m stuck behind a person that treats rush hour like a Sunday stroll – and does so right in the middle of the stairwell. Sometimes I’m angry because I need to get where I’m going. Other times it’s simply out of habit.

Of course, rushing around gains us only tiny fragments of time: seconds, maybe minutes if we’re lucky. Think about all the time you spend in boring meetings or in front of the TV or on Facebook or Twitter. No-one likes a long commute but how about giving up five minutes of Facebook instead of mowing people down to claw back some time?

2. Be conscious of other people’s space

That means legs and elbows in the boundaries of your seat. That means not shoving your newspaper or phone or Kindle right in someone’s face.

It means not leaning on a pole that’s meant for people to hold on to. It means not pushing the person in front of you when getting on a train – or trying to board before everyone’s got off. It means moving down the bloody aisle. It means picking up your litter. It means not blowing cancerous smoke into other people’s faces. It means not shouting into your phone or playing your music too loud. It means not jumping the queue.

It means being aware that people are around you.

3. Give your barista or newsagent or waitress your full attention

City life is super busy and I understand the need to multi-task but, really, phone calls should be made before you get to the head of a queue. When you talk to someone serving you, have the decency to put your phone away. Look them in the eye and talk to them.

They are not part of a faceless mass that simply does your bidding. They are not the invisible fabric that holds our cities together. They are human beings and they deserve our attention.

It was Peter that first opened my eyes to how rude Londoners can be. He comes from a small town where people say thank you if you stop to let them pass in a supermarket aisle or hold a door open for them – which of course means that big cities drive him crazy. As a native Londoner, I didn’t even notice this behaviour until it was expressly pointed out to me. And now I notice it all the time. A thank you costs nothing so next time someone does you a courtesy, offer one back.

Sometimes (well, most times), your regard for others will not be reflected back to you. One of the most effective ways to stop yourself hating people is to have your headphones and music at arm’s reach. This may not be actively making your city a better place, but it will make it more bearable for you.

You know that girl in the head-to-toe hijab? Do you see the Louboutins underneath her shapeless black cloak or the piercing in her left nipple? What about the guy with the cravat? Must be a city wanker, right?

Well, actually, he was in the Peace Corps and works a homeless shelter once a fortnight – he’s just dressed up for a funeral. Big cities are full of archetypes but that doesn’t mean people are shapeless blobs of predetermined characteristics. I’ve learnt – partly through surprising experiences and partly through tough lessons – not to label people because of the way they look or the name they sport.

We’d all feel better about the people around us if we saw them as individuals instead of representations.

8. Finally… if someone falls over, ask if they’re okay

Seriously. It’s just not acceptable to step over someone and go on your merry way. If someone takes a tumble or very clearly needs some help, offer them your help. The Bystander Effect suggests that the more people present in a situation, the less likely they are to help because they assume someone else will. Be that person.

Very British Problems by Rob Temple is a hilarious insight into the British psyche, revealing all the ways in which we are a nation of socially awkward but well-meaning oddballs, struggling to make it through every day without apologising to an inanimate object.