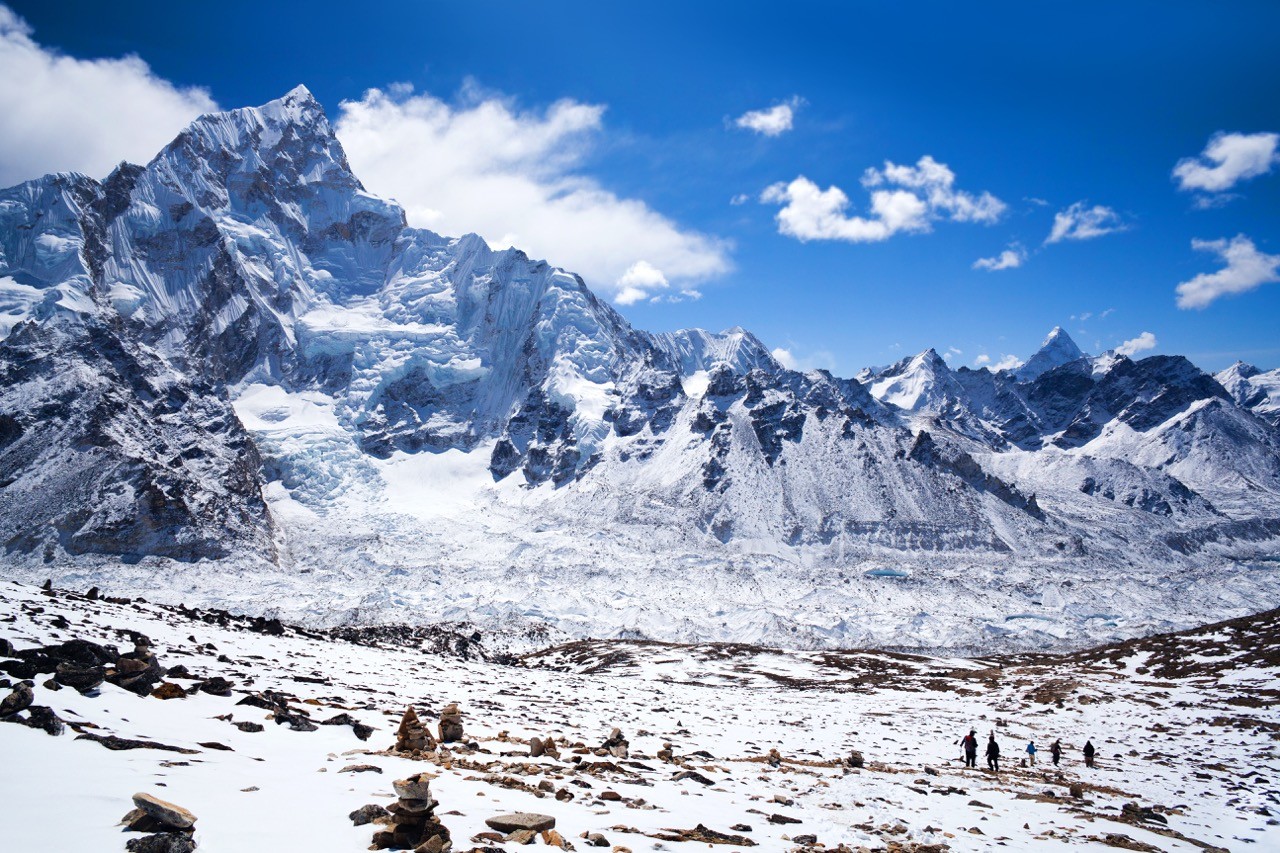 I have always loved trekking and climbing. I usually spend several weeks of any given year on the grades of the Scottish Highlands or Welsh Snowdonia or ideally further afield such as the Arctic Circle Trail in Greenland or the K2 base camp trek in Pakistan.

It was one of these trekking trips – to Tanzania in 2010 – that ignited something new inside me. It was while climbing Kilimanjaro, the highest mountain in Africa, that an idea, an ambition, began to formulate.

My hobby deepened into passion and I realised that I wanted to achieve something great: to climb the seven summits, the highest mountain on every continent.

For a long time, it remained nothing more than a concept. Then, after a seven-year wait, I climbed Mount Elbrus in Russia, Europe’s highest mountain.

Three years later, in 2020, I went to Argentina and climbed Aconcagua, the highest mountain in South America and my third of the seven summits.

In 2018, I also climbed Kosciuszko in Australia, but I don’t include that as I subscribe to the ‘Messner List’ which means Kosciuszko is not a seven summit.

I’ve crossed off the ‘cheap’ and ‘easy’ ones so to speak. Kili, Elbrus and Aconcagua are all relatively easy to access and do not require any advanced mountaineering skills or specialist training, which also helps to keep the cost of climbing them relatively low.

The remaining ones – Denali, Everest, Puncak Jaya and Vinson – all bring their own unique challenges whether that’s a technical test, hostile weather conditions, poor accessibility or altitude.

One thing all the mountains have in common is that they are expensive to climb.

I don’t claim to have all the answers but I have spent hours and hours researching how I will achieve my dream. Below, I list how I (and others like me) have the best chance of climbing the seven summits and achieving our improbable dream.

What a mountain to start with. Kilimanjaro is one of the most beautiful mountains in the world. It is the world’s highest freestanding mountain and it doesn’t require any mountaineering experience as it’s entirely non-technical.

All of this makes it an ideal introduction to the world of high-altitude and multi-day expeditions.

It was the first seven summit I completed and it is by far the easiest. There are several easy to moderate routes to the summit which help to make it one of the most popular treks in the world – so don’t expect to have the trail to yourself.

I joined Jagged Globe for an ‘Introduction to Winter Mountaineering’ course, but there are plenty of outfits offering similar courses. The European Alps or Mount Rainier in the USA are popular alternative destinations.

I put those winter mountaineering skills to good use on Europe’s highest mountain. Ideally, climbers should avoid using the cable cars and chair lifts to truly test themselves on Elbrus’s icy slopes, which require good crampon and ice axe techniques.

I joined Russian seven summits specialists 7 Summits Club for an eight-day ascent to the westerly peak.

The second-highest summit of the seven and the highest mountain outside of Asia, Aconcagua is a wickedly high mountain. The route is non-technical and often referred to as the ‘highest trekking peak in the world’.

Ideally, it would be climbed later in the program en route to or from climbing Vinson in Antarctica. However, I don’t currently (ha, will I ever?) have access to the kind of money needed for Vinson so it was the next logical step for me.

I climbed Aconcagua via the ‘Normal Route’ with Acomara Aconcagua Expeditions.

Next up I want to improve my winter mountaineering skills. I could combine an intermediate and advanced course in either Scotland or the European Alps, but ideally I will join a Denali preparation course on Mount Rainier.

The aim is to further refine my crampon, ice axe and rope skills and gain more experience of climbing on glaciated peaks.

This is optional, but I like the idea of keeping the skills gained above as fresh as possible in the lead up to Denali.

A trip to the Alps to either summit some of the Oberland 4,000ers or Mont Blanc provides the perfect opportunity to gain more training and ensure my rope work is intuitive by the time I tackle Denali.

I’m planning on tackling Denali next as it’s slightly cheaper than Puncak Jaya, but others may well prefer to do it the other way around.

Denali is arguably the second most difficult mountain of the seven summits. It is a tough campaign as climbers must carry heavy loads as well as hauling equipment and supplies on sledges at the beginning of the expedition.

The notoriously stormy and unpredictable weather on a mountain located at 63° North – that’s just 3° degrees south of the Arctic Circle – only makes matters worse. The upside is that it’s perfect preparation for Vinson.

Before attempting Puncak Jaya I plan to hone my rock climbing skills and work on specialist techniques such as jumaring a hanging rope. There are several courses available in the UK, Europe or North America.

Reaching the mountain is a challenge in itself. Expeditions used to spend several days trekking to base camp, but these days most outfits prefer to fly in via helicopter.

Costs seem to vary wildly with some expeditions priced at over $20,000. Local outfitters are invariably cheaper. I’ve heard reports of some organising an expedition for as little as $7,500.

The last of the seven summits to be discovered, Vinson rises from the most hostile, isolated yet untouched continent on Earth. This long climb, though technically moderate, should not be misjudged.

The combination of remoteness and potentially extreme conditions means you need considerable mountaineering experience to tackle this mountain. It’s a long way from anywhere down there so any climbing team must be entirely self-sufficient throughout the expedition.

Here’s the ‘mock exam’ for Everest. The high camp is at 7,400m – much higher than I will have camped previously. Here I’ll need to practise using oxygen and refining my clothing and equipment.

It’s best to attempt Cho Oyu with a group of climbers who are also going to Everest soon. Together, we can increase our chances on Everest. It’s worth noting that Cho Oyu is the sixth highest mountain in the world and the most frequently climbed 8,000m peak.

The big one. The South Col route from Nepal remains the most realistic route. It’s technically easier and with the top camp at just under 8,000m, it means climbers spend less time in the ‘Death Zone’. This is my best shot at summitting Sagarmāthā.

Despite success and survival rates improving dramatically in the last couple of decades, I’m not kidding myself for a minute. As of March 2019 records suggest that there have been over 280 deaths on Everest (likely 288) – 72 since 2010.

A further 11 died during a crowded 2019 season. This is the highest mountain on Earth and incredibly dangerous. Wish me luck.

Notes on climbing the seven summits

For an excellent analysis of each summit, see A Guide to Each Continent’s Highest Peak by professional mountain guide Mike Hamill.