Interestingly, less than 10% of expats are like our Armenian restaurateur who relocated in the name of love. If I look at a cross-section of my own friends, one (maybe two) out of 20 left behind their home country for love. The others are evenly distributed across the other nine categories.

Kia and I have never made such a big move. We have been working and living abroad for over a year and will be away for a few more months to come but we still pay our taxes in the UK and call it home. If we were to make the final plunge, I guess we would fall into the “greener pastures” category as we would be self-employed and the cost of living would likely be our primary consideration before relocating.

Naturally, the 10 categories are not 100% inclusive – there will always be people who don’t fit neatly into one – but considering the size of the survey, it is the most representative data we have. Which type of expat are you? Or, if you haven’t yet taken the plunge, which would you likely be in the future? 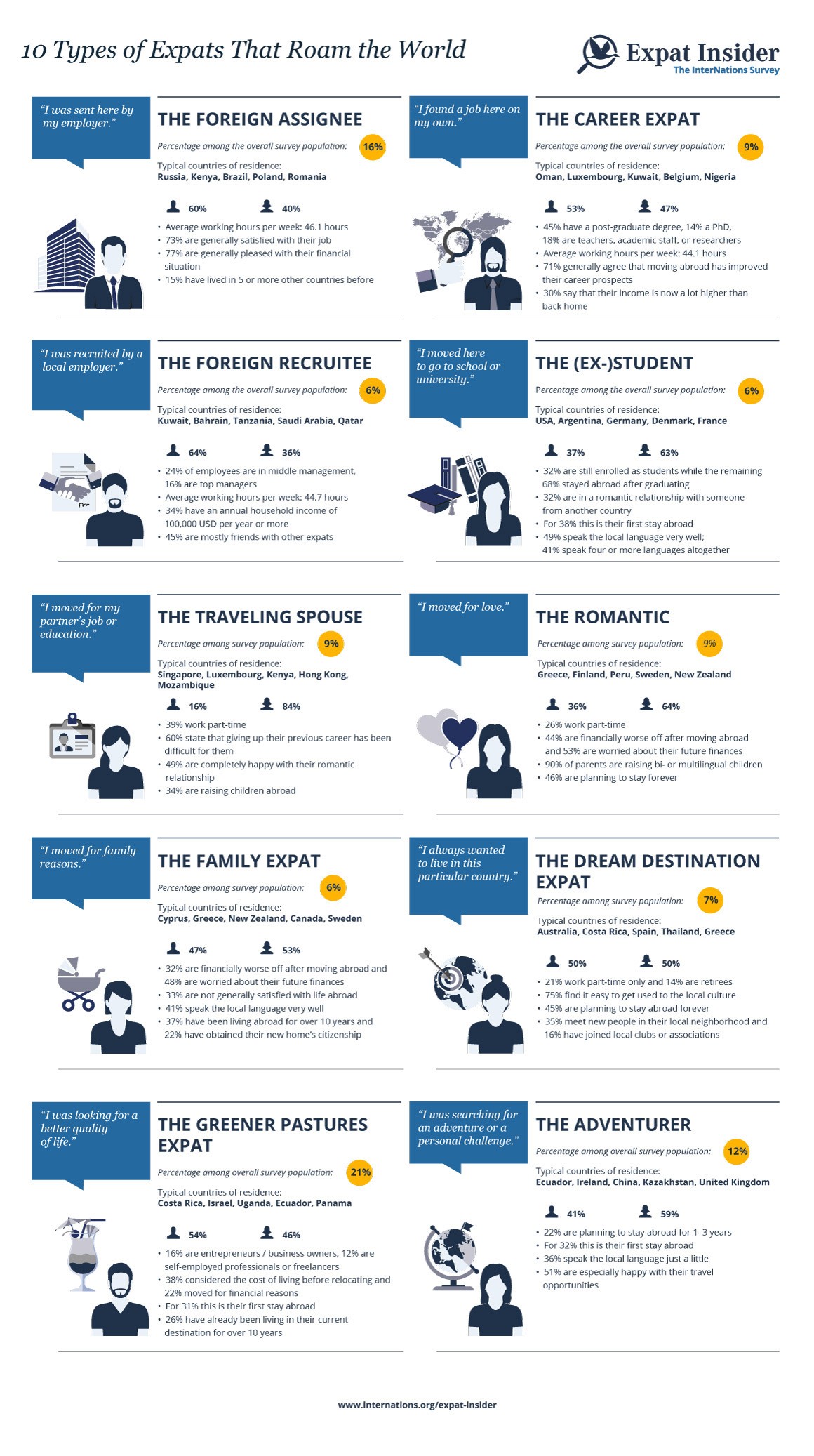