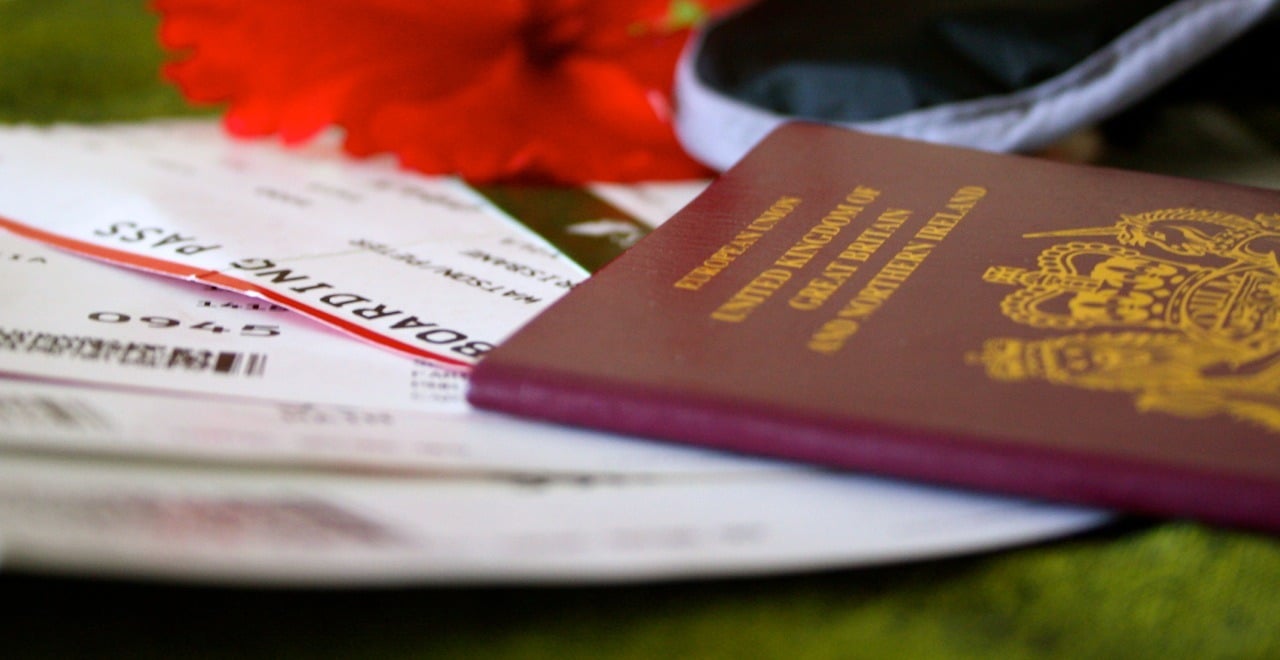 Oh, the horror! Twenty-four hours in a tin can full of other people is no-one’s idea of fun, but when you’re heading to the other side of the world, it can’t really be avoided. Our flight(s) from London to Port Vila via Singapore and Brisbane meant a total transit time of 36 hours – 24 of which were in flight. By the time we reached our hotel, we were in a zombie-like state but still human. Here’s how we coped with our 24 hour flight.

Most airlines will let you choose your seat online. If you can only do this 24 hours before the flight, make sure you do it soon after booking opens. If you’re travelling as a couple, choose two seats in the middle row. That way, you won’t have to get up for anyone else (they can exit on the other side), nor will you be bothering someone every time you want to go to the toilet or access the overhead locker or simply move around. My personal preference for seats are below. Use SeatGuru to find a seat plan for your flight as sometimes things aren’t as expected (e.g. an exit row may be smaller, not bigger, than other rows). Avoid seats at the back to minimise engine noise, sit away from toilets to avoid traffic, and don’t book near the bulkhead as that’s often reserved for restless babies and their long-suffering parents. Order of my preferences:

If you’re on a 24-hour flight, chances are you’re planning to be away for a while. I know the last thing you want to do is load yourself down with lots of stuff, but you should take this journey seriously and arm yourself as well as possible. Take a set of good earplugs, an eyemask, a neck pillow (preferably not an inflatable one as they’re less comfortable), a toothbrush and toothpaste, a good set of headphones, comfortable socks and an eReader full of books and/or an iPad full of movies in case the in-flight entertainment leaves you lacking. Friends of mine swear by Melatonin for sleep but I prefer to avoid drugs if possible. All this may sound like a lot to carry but it will make your journey bearable.

Consider opting for a vegetarian meal. It will help you avoid heavy meats and ensure you get served before the masses. Don’t eat the bread as it will bloat you. Avoid coffee and alcohol as they will dehydrate you and go easy on the sugar. Eat as lightly as possible to avoid feeling lethargic. This is a marathon and a heavy meal will sit like a stone in your stomach, dragging you down through every step.

Don’t be too British

Basically, don’t be too polite. A little bit of Britishness helps of course – for example, being nice to the flight attendants goes a long way – but don’t be too reserved. On our 13-hour flight to Singapore, I was sat next to a toddler who, while sleeping, kicked me awake a total of three times. I was tempted to ask the parent, who had an aisle seat, to swap with the child so that I wouldn’t get kicked but I didn’t, mainly because I figured she didn’t want her daughter to wander off should she fall asleep herself. I could just about cope with all this until they went for a loo break and the child fell back asleep with her shoes on. The kicks suddenly got a lot harder to deal with. I never mustered up the courage to ask them to swap seats but I did ask the mother to take off the child’s shoes. She was suitably apologetic, I was suitably embarrassed and we tacitly agreed not to talk about it ever again.

That moment of non-Britishness made my life easier over the next few hours. The moral of the story is: just be direct. If someone is compulsively tapping the armrest, or shining a bright light in a dark cabin, or doing something that is disturbing others, just ask them to stop. And, finally, it’s okay to recline your seat on a long-haul flight. You’ll feel like an asshole but if it’s the only way you’ll get some sleep, then do it. Just make sure you only go as far back as you need to.

Over the course of my long journey, I was religious about drinking plenty of water and moisturising my face to make sure my skin stayed fresh. Alas, I didn’t realise that the rest of my skin needed attention too. On the last flight, my legs suddenly began to itch – so much so that I found it difficult to sit still. Twenty-four hours on a plane will strip your skin of moisture so when you have your layovers, pop to the bathroom and apply some body lotion. It will help you avoid a torturous final leg.

I always underestimate how important this is. Generally, the only time I will get up is if I need to go the toilet. Otherwise, with my bag under the seat in front of me, I’ll stay in my seat. On a long-haul flight, this is unhealthy and even dangerous. Walking around will keep you limber and energised. Try to get up and move around every hour when you’re awake – all the more reason to book an aisle seat.

Be wary of germs

Flights are bad for your health not necessarily because of an increased volume of germs, but your decreased ability to fight them. As such, be aware of hygiene. Wash your hands or use antibacterial gel before you eat, use a tissue to open the toilet door from the inside and drink plenty of fluids to help your immune system.

As soon as you get on the plane, set your time to your new zone. This will shift your mind and encourage your body to follow. Flight crews will often use cabin lighting to indicate when you should sleep and when you should wake, generally attuned to your new time zone, so this should help you adjust. Flying 24 hours will mess up your body clock – it’s inevitable – but getting your body to ‘think’ in the new time zone as quickly as possible will help. The other key thing is to stay up until at least 8pm on the day you arrive… but I won’t preach since I fell asleep at 4.30pm and slept until the early hours. Four days later, I’m still paying for it.